en.infoglobe.cz » Places of interest » CZ, Kamenice: In the Land of Baron Ringhoffer - VIDEO

Who would not expect anything too interesting in area not far from Prague, would be probably surprised. Among the pleasant surprises of the Hornopozarska area, interlaced with ponds, avenue of aged chestnut and lime trees and forests is also Kamenica. The tourist boards for tourists claimed the county to Frantisek Ringhoffer, a very successful businessmen of his time. In Kamenice he not only worked but also lived, and do it in style - in a castle. His office is now unfortunately closed to the public. 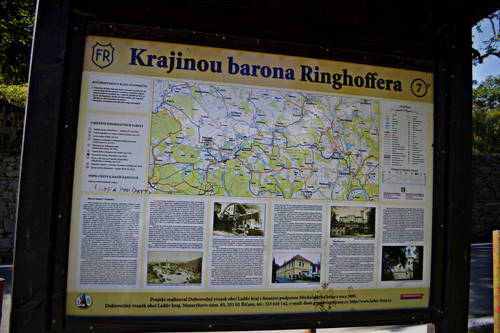 For those who yearn for knowledge, this place is definitely worth a stop. Kamenice chateau hides in the park. However, it's not only a mansion, what is hiding behind the fence. It is particularly intriguing piece of history and stories of people who have inhabited the.

And maybe it's good everything does not show right at once to one. If you have to make your brain work, to discover something interesting from the life of the former nobility, and therefore rise on tiptoes and peer over the wall. 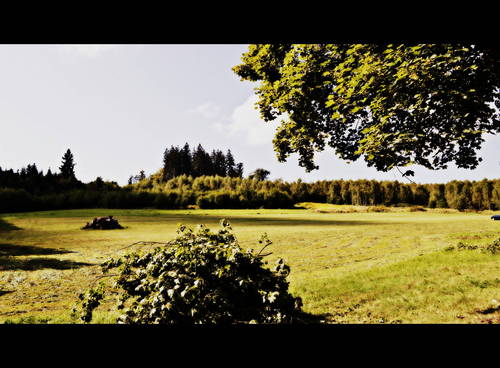 Behind the wall of Kamenice chateau many things happened. At a time when there were no wall or castle there used to be a stronghold. The castle is mentioned first in the 18th century, but then it had a different form. In the present, it was rebuilt by Ringhoffers who Kamenici operated a factory for copper processing. Their business was a success. They liked Kamenice, but the chateau was owned by the church. In order to get the chateau to personal property was truly superhuman task, which was achieved perhaps with God's help. Well, the church property disputes are well known also today. Frantisek Ringhoffer made every effort, and so did it - god knows how he managed to convince the clergy and eventually he exchanged Kamenice chatau for Hodkovice courtayard in Dolni Brezany. 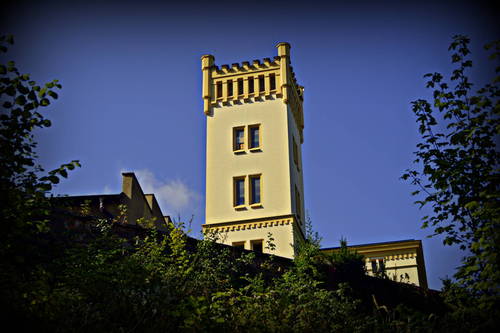 And he began to build as he wanted. A successful industrialist gave rise to multi-storey building in the style of English Gothic, dominated by a tall tower with battlements. A dominant gazebo near the chateau wall is according to some a rebuilt bastion. Others simply say that the gazebo never was a part of chateau wall. There are no disputes about a beautiful early Gothic church of St Francis Safarin. About it there is known almost everything important. Yet the church is bit hiding in the shadow of trees. 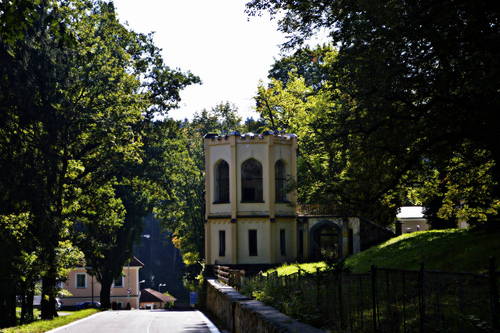 And what about the chateau today? Even if it does not look like it, great things are happening there. Chateau Kamenice is about to be adapted into a luxury residential seat, divided into several apartments. So who wants to try life in a chateau, has a unique opportunity. Right next to it they could go to work. It is because Strojmetal Kamenice factory specializing in the manufacture of forgings and stampings made of metal and pipes focuses its production there. It employs hundreds of people.