On the central park where you leave for parking 80 crowns, which is incidentally more than Wenceslas Square in Prague, stand a cars, whose license plates reveal a lot about visitors Konopiště. Italy, Netherlands, France, Germany, Poland and Slovakia, of course. Not only for Praguers this spot near Benešov, is sympathetic.

Behind the pub called New lodge, built apparently in times of deep totality, that even twenty years after the revolution changed its oddly shaped, can be heard dogs barking. And it is no coincidence that at the wheel or in the passenger seat of many parked cars, other members of the rest of the pack - literally exhibition pieces. Signs that read "Dog Show" is then sufficient to explain everything still "mysterious". This Saturday is included breed Jack Russell terrier. Not so much to them, like their owners, as we soon realized, mainly due to the fact that the admission was voluntary. 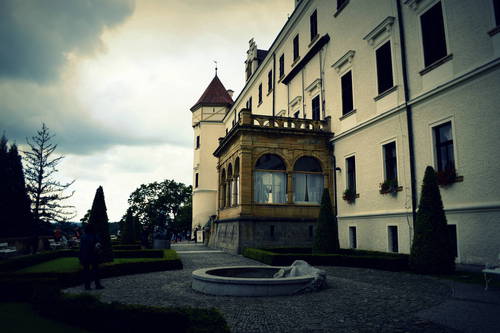 Way I can be objective ... but still objective is

From dog howling into an oasis of peace - to Konopiště tourists pleasant marked path leads. Who misses it, he will feel sorry. Follow the road to where the driver drove as if treading rally, not this walk, although short, too relaxing. Just train, packed to bursting, that regularly travels from the central park, traveling at a speed corresponding to the weight of his "live - tourist" cargo.

A place where everyone goes, of course, stands on a hill, though not very great. For low-end tourist who rather than caps and set off to explore and history, it's just right. Konopiště Castle is seen from afar, but when you reach him, hiding from you for bushy crowns of trees. But you can´t miss it, I for the crowds of people that the Konopiště flowing. 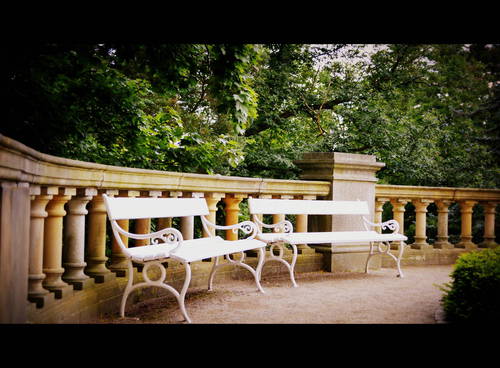 Bears on holidays and castle masquerade

A piece of the bridge, under which live bears, birds of prey show off their art to tourists hunting. And bears? Those, while everyone go on all Konopiště, apparently somehow went on vacation. Their range is empty, as well as the views of children, for which a live bear is more than a thousand chateaux - no bear. Art of the then owners of hunting Konopiště, the first of which was evidently the Prague bishop Tobias (1294 - at that time the castle) again presents numerous antlers on one of the balconies in the courtyard. From the collection of the former founder of the fortress, but it certainly not kept anything. The fact that in the middle age people hunted, perhaps no doubt.

Bishop Tobias is indeed mentioned as a founder Konopiště, his deeds but in fact surpassed Franz Ferdinand d'Este, who is still more tangible figure much to contemporaries. Chateau Konopiště bought from Lobkowicz only in 1887, which is a relatively recently. 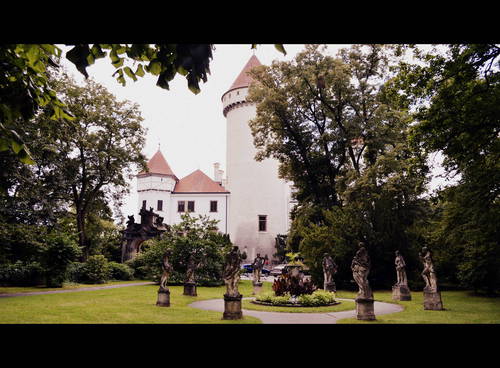 With castle he did, as the Archduke was one - had it rebuilt and castle interiors decorated in the style of enthusiastic collectors. Nature in its vicinity tamed the landscaped park - founded Rose Garden with greenhouses.

To the avid hunter, whose trophies CITA more than 800 pieces, were in Sarajevo assassination in 1914, which was one of the impulses to the beginning of the First World War. 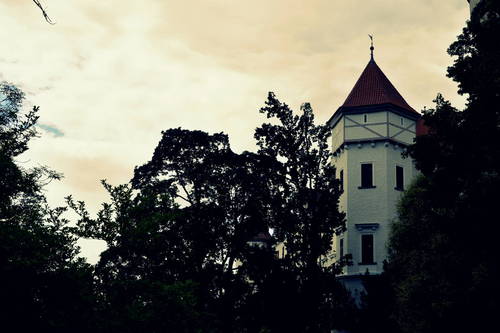 But it's the weekend, so who cares about the "bearded" war conflicts. Bride and groom at the same courtyard walking among tourists eating bread with salami. Above all this masquerade, which also contributed to the fact that the toilet is free of charge, from the "horns balcony" the band plays wedding march. When mixed wedding, music and tourism plays sounds prim bride - just broken their first wedding plate. Followed by applause and a group of tourists is taken with your guide on tour - with the number one, two, three of the most. Complementary circuits is one more on Konopiště. All but tells a lot about the life of a famous Austrian emperor. 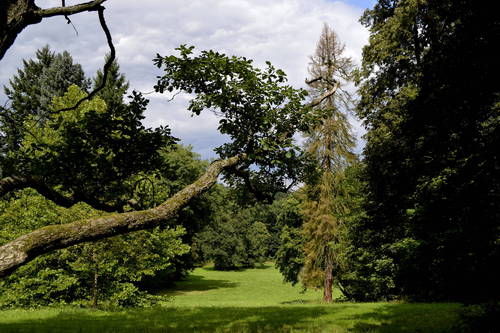