en.infoglobe.cz » SK, Orava – A Panorama of Folk and Musical Culture 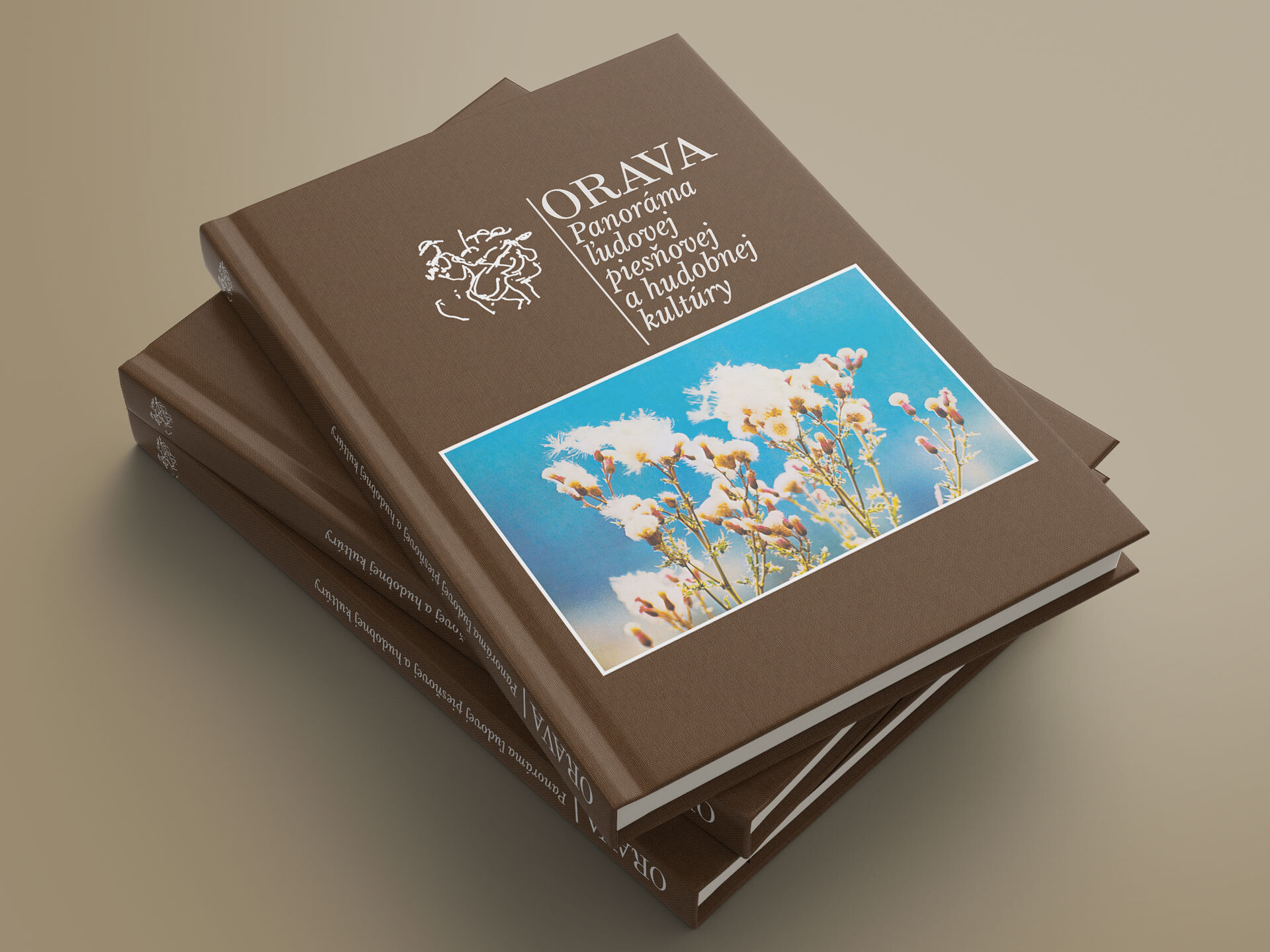 The exclusive new edition of ORAVA - Panorama of Folk Song and Music Culture will be published in book format and will also contain original remastered recordings on CD and an 80-page booklet with photos, lyrics by authors and information about performers and Orava communities. Simultaneously with the release, the complete sheet music will be published in the original handwriting of Svetozár Stračina. 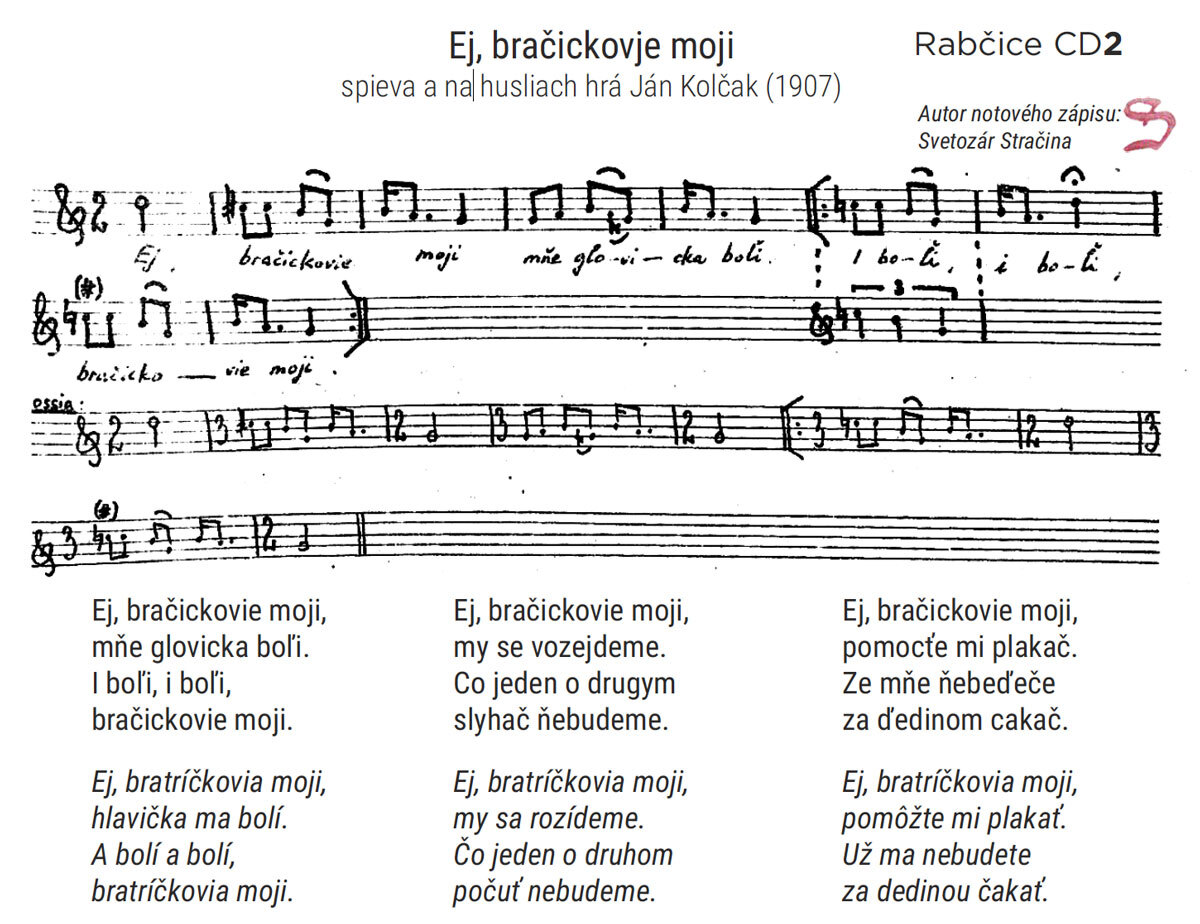 Sometime in the middle of the summer of 1976, Jiří Dubovec, an excellent musician and editor of the Slovak Radio, unfortunately now deceased, who was unfortunately now deceased, was approached by Viliam Ján Gruska. This exceptional personality of Slovak culture offered him to spend a week in Orava with him. The reason was the prevailing opinion in the professional public at the time, which claimed that the manifestations of traditional folk culture in Oravawere already "dead" in this direction. It was claimed that people from Orava villages and families no longer sing, play or dance! However, Gruska was convinced of the opposite and continued his efforts to rediscover the folklore Orava. 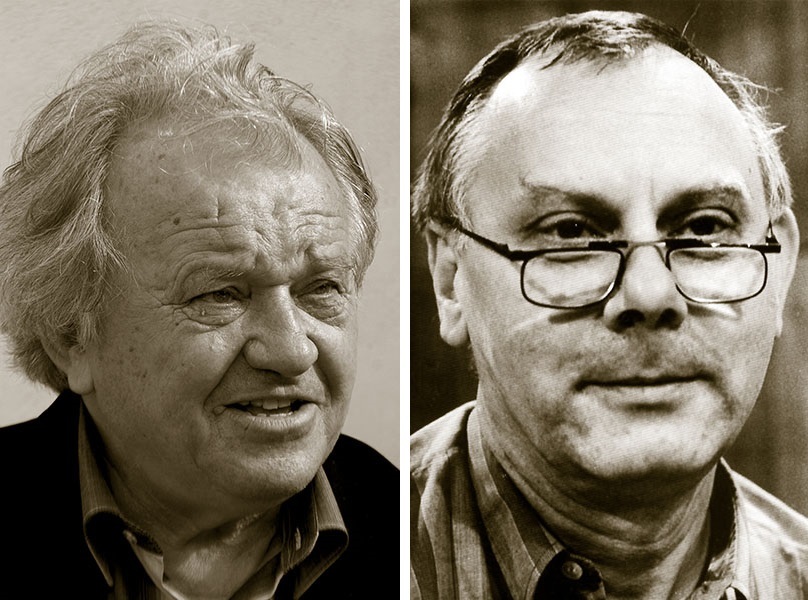 His inexhaustible effort created an original tribute to his native region in 1978, even in the context of European events in the form of the double album Orava, which has literally become a legend. 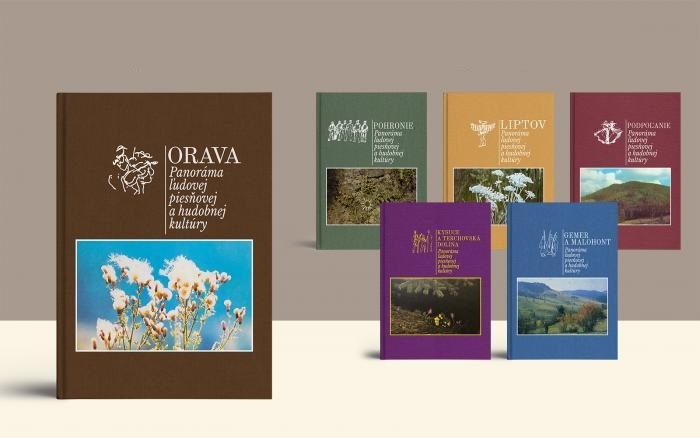 Edition – A Panorama of Folk Sing and Music Culture

Orava was followed by the albums Podpoľanie, Liptov, Pohroní, Kysuce and Těrchovská dolina or Gemer and Malohont. The composer Svetozár Stračina and other collaborators also joined the realization of the whole series. Thanks to them, one of the most important projects of its time was created, focused on recording and making accessible the folk song and music culture of individual regions of Central Slovakia. 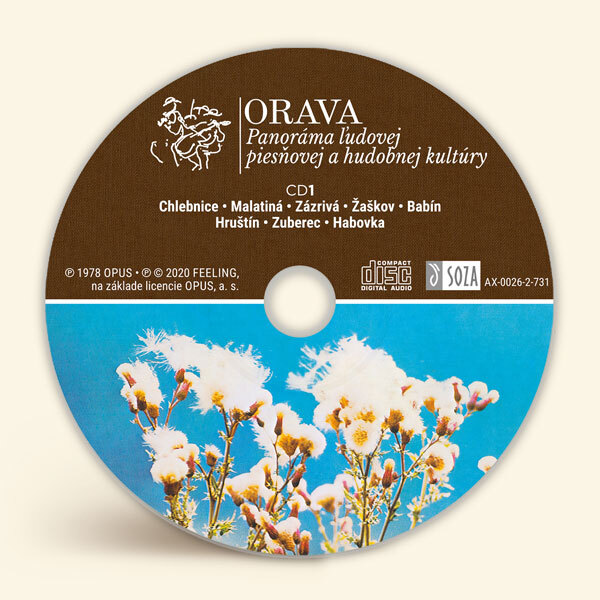 A Legend Comes to Life

As usual, even this important act has fallen into oblivion, but thanks to many lovers of folk culture and the general public, it will come to life again! With more respect and humility for the creators and performers, after more than a year of preparation of all materials, including the processing of original original photographs from the archives of Viliam Ján Gruska, which were graphically modified and colored, a new edition was prepared. Errors in currencies and texts have been corrected in the work of art, and the original recording has undergone sensitive remastering so that it does not lose its character. 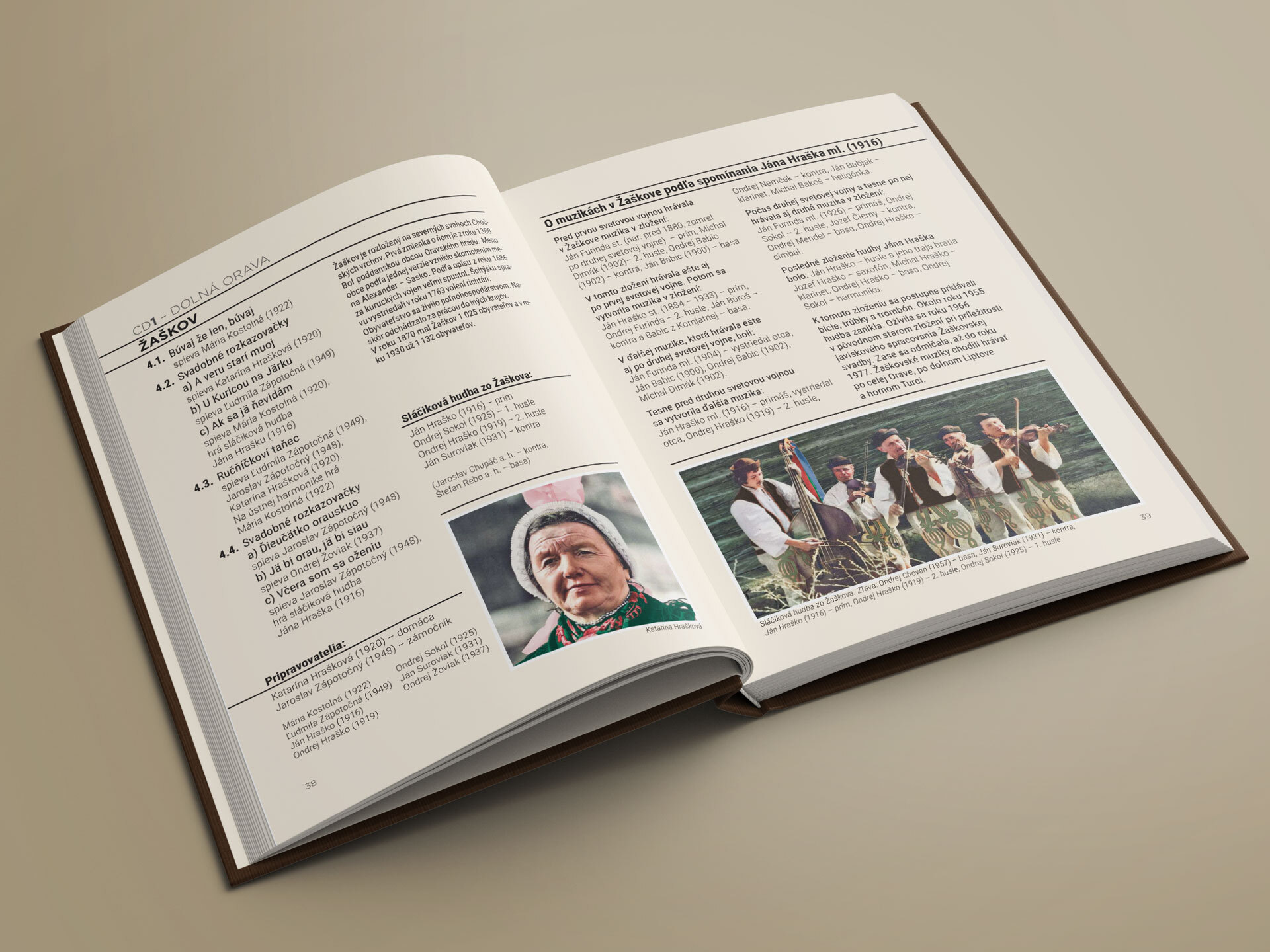 The creators of the new edition underwent dozens of interviews and consultations with experts and lovers of traditional Slovak culture, and even with the original performers and creators. For months, they tuned the graphic design and form of the publication as well as the production of the CD, booklet and cover. 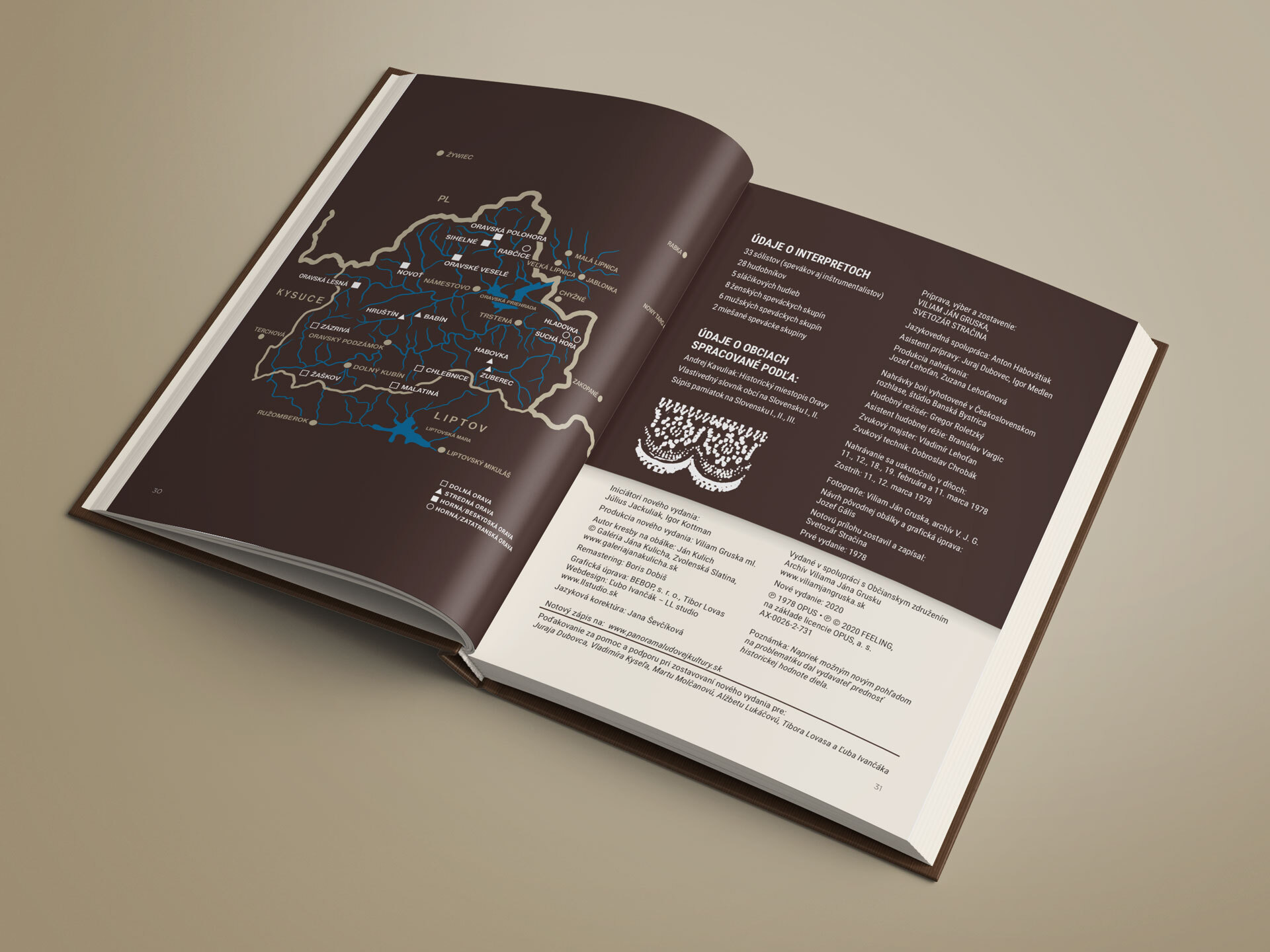 The new release of the album ORAVA is part of the tribute and thanks to Viliam Ján Grusk, Svetozár Stračin and all singers, musicians, instrumentalists and other creators who participated in the album. The expected release is scheduled for October 2020. 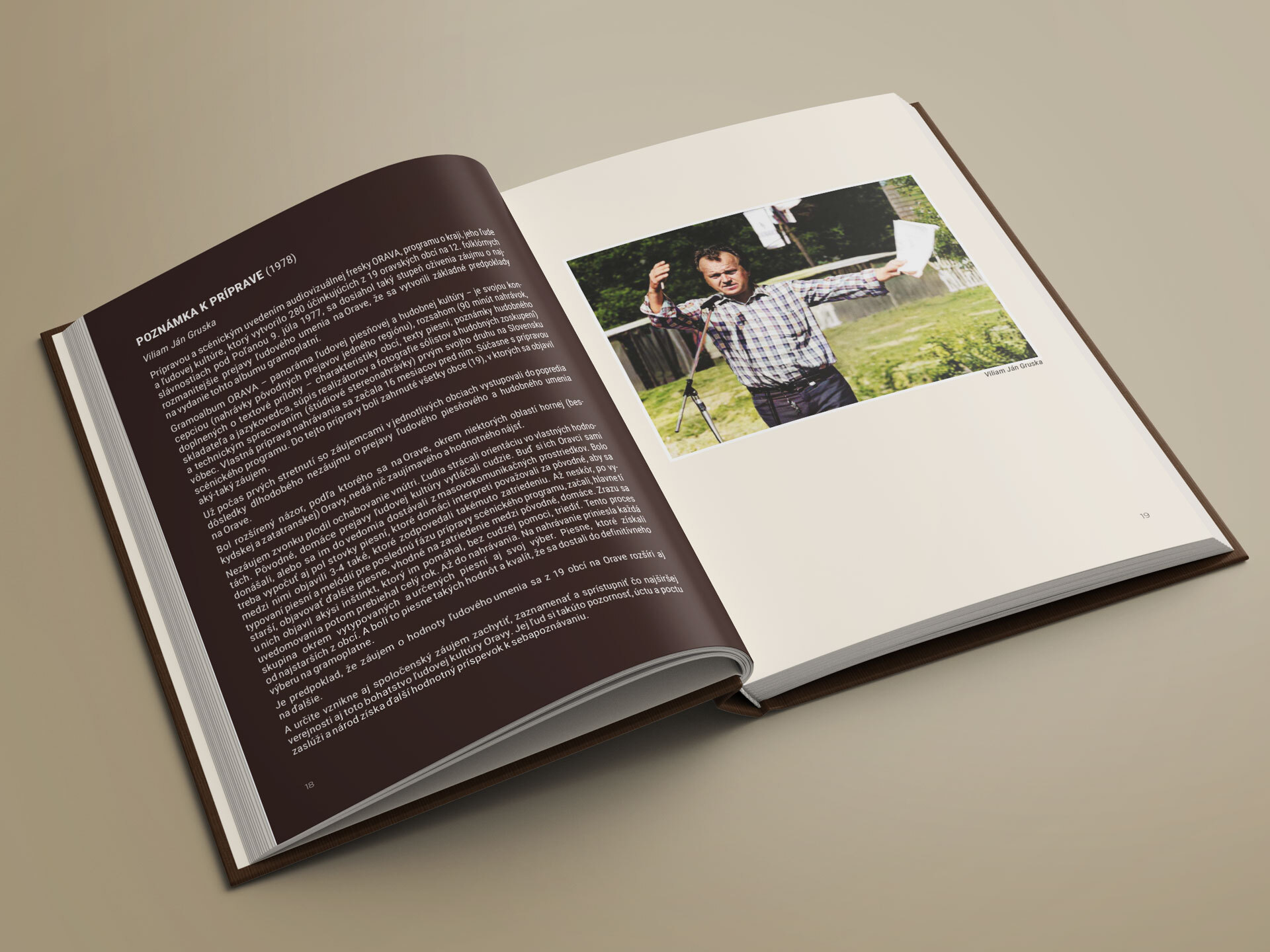 More information about the publication, where 180 performers, 33 singers and instrumentalists, 28 musicians, 5 string instruments and 16 singing groups will perform, can be found here. 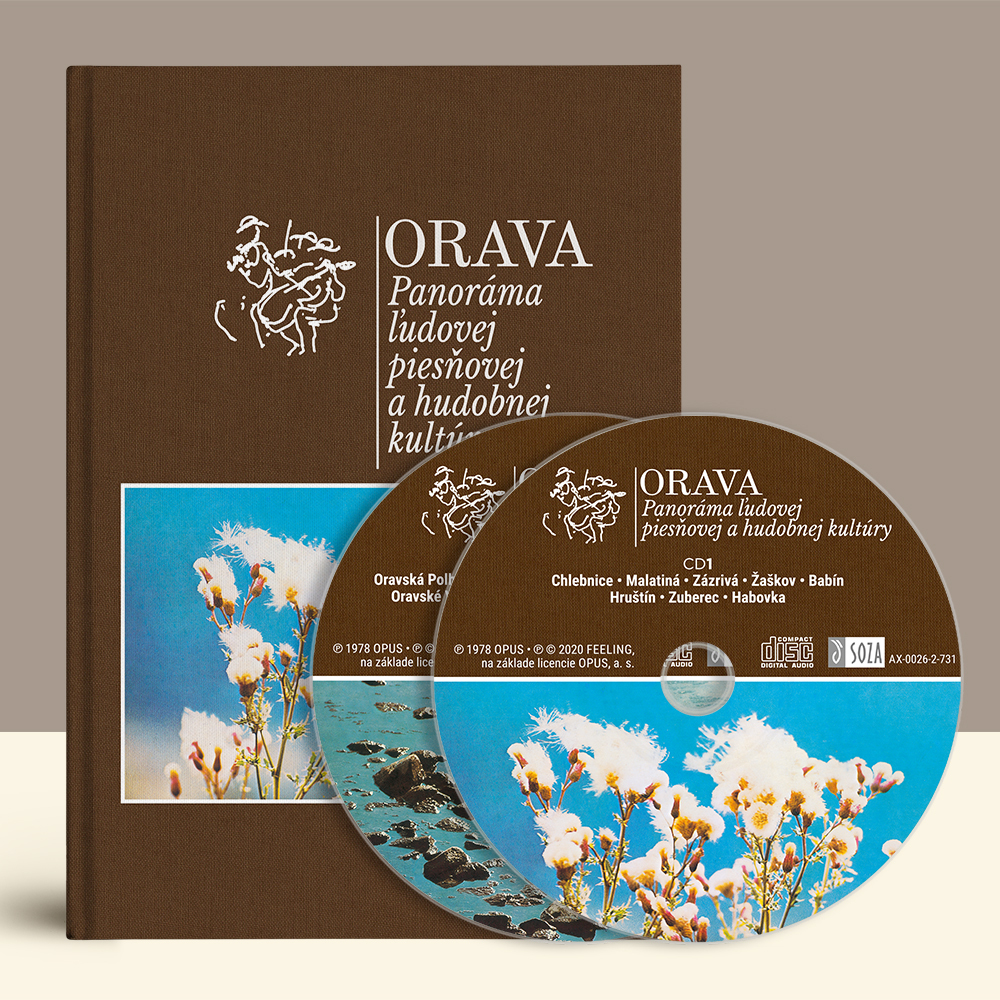 You can also win the legendary edition in a new guise, either through our ongoing photo competition here, or if you write to us at least three Orava villages from which the performers come by October 26, you will be included in the draw. Send answers to info@infoglobe.sk. We will announce the name of the winner on our social networks.

The not particularly large ski resort  of Ski Zábava Hruštín, located on the northern side of Ora...

SK, Zuberec – A Look into The History of An Oravian Village

Come with us to see the extensive open-air museum Museum of the Orava village in the foothills of...