Príslop saddle is situated at altitude of 808 meters between Oravske Podzamci and Hrustin town. Apart from natural border between re districts of Dolny Kubin and Námestovo, or Horni and Dolni Orava. There is a car park on the hilltop, a transmiter rising dozens of meters above the ground, and a little guest house which is a great place if you want to buy a snack. In case you don't have a car you can walk there, ride a bike or take a bus from some of the aforementioned towns. However, you must count with significant elevation. 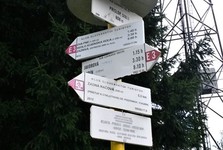 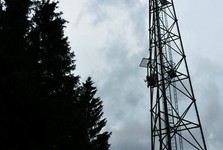 We encountered the direction board once we reached our point of interest. The board offered a hike along the red trail starting off at Kubinska Hole and going to Budin and Magurka. It marked the E3 International Long-Distance  trail, one of Europe's longest for it links Cape St Vincent, Portugla and Istanbul, Turkey. Also a trail to  Zázrivou or Racibor was marked out. You may also leave the saddle for unmarked peaks of Prislop and Polana. However, our choice was different. 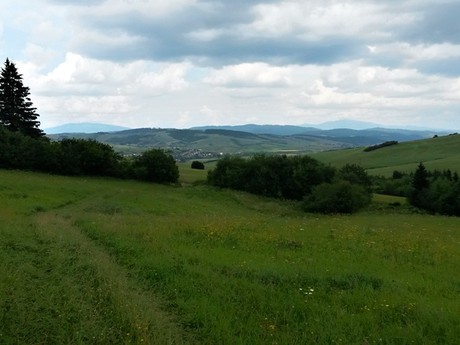 Before we even set off, a worn-out memorial caught our attention. It missed a memorial plate yet there was still part of a wing which made it more clear to whom was it designated. Only later did we learn that it was a memorial to Kvetoslav Topolnicky, a pilot who tragically died here on September 21, 1976.

We left the parking lot and joined the main road to Paseky – hilly meadows of the district of Hrustin. The visibility here is great. We enjoyed plants and light cold breeze. Then we were headed to a small hilltop. A board marking local hydrogen sulphide water spring dubbed here Vajcofka.

By following a hard to spot forest pathway we crossed a wooden bridge and hiked up a little hill. Then we reached the spring paved with sandstone. Cold, hydrogen sulphide water springs out of here. Typical for it is the smell of hydrogen sulphide. There was a cup as well. We took a sip and immedieately come to believe in its postiive effects. However, we are not sure if the water is drinkable here. They say that locals drink the water for decades. Therefore, we tried it as well. 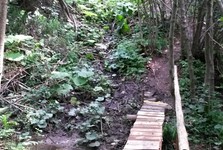 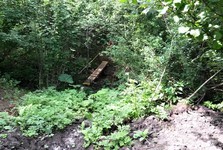 We spent a while by the spring and got rid of the fallen leaves. Then we moved back to the beautiful meadows of  Oravska Magura. We took pictures of flowers, insects and tranquil summer atmosphere. Even though we did not make any hike we still enjoyed this day off a big city. 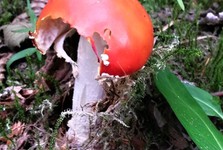 The not particularly large ski resort  of Ski Zábava Hruštín, located on the northern side of Ora...