The most important monuments of the town include the parish Roman Catholic Church of St. Martin, including its compound. Its history dates back to 1371 and is closely related to the emergence of the city. Originally a Gothic stone temple dedicated to the Virgin Mary, in the 17th century it served the needs of the evangelical community, in 1641 the church was restored in Renaissance style and a few years later plundered by the Lithuanian army. The seventeenth century, as a result of changes in religious thinking, brought about a change in the original consecration, and since then Saint Martin has been the patron saint of the church. Between 1741 and 1747, a large Baroque reconstruction took place. The religious building was expanded into a three-nave building and a Baroque onion tower was added. In the 20th century, the church was given new furniture with three altars by Ferdinand Prinoth of Tyrol. World War II severely damaged the sacral structure, but the gradual repair returned the church to its unmistakable beauty. 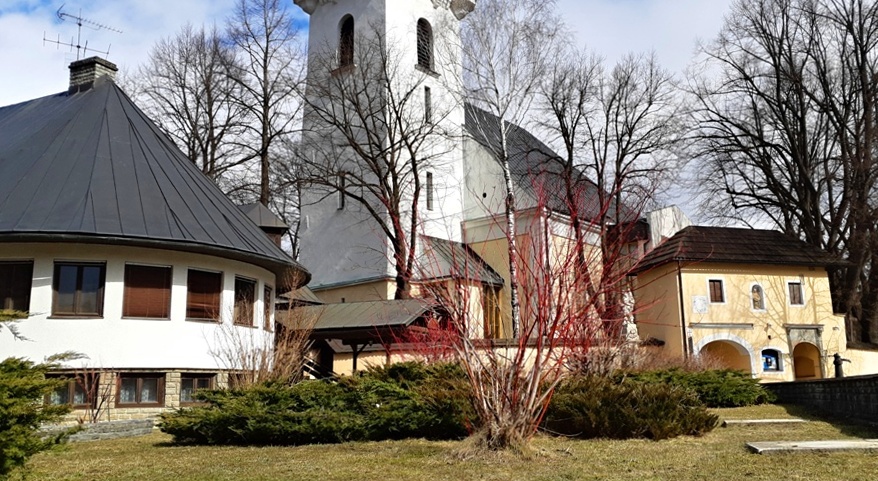 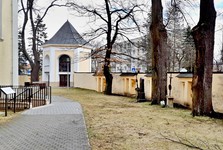 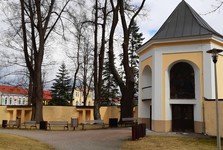 If we return to the Baroque tower with the its onion dome, in 1947 and 1948 it was enriched by four leser towers and four bells, consecrated by the Spiš diocesan Bishop Mons. Ján Vojtaššák. The 49 meter high tower with balcony and clock is open to the general and professional public. The climb to the tower must be arranged in advance (either in a TIK office or in the parish). 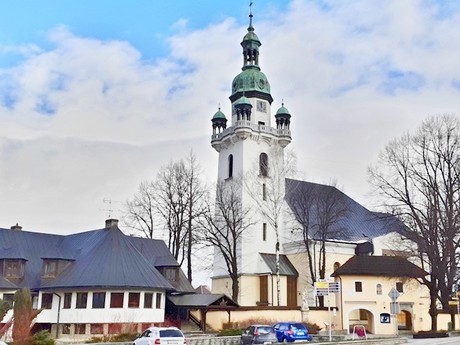 The parish church area is lined with a fortification wall, where stone confessionals are built in the manner of niches, next to them are located graves and a small polygonal chapel of st. Crosses redesigned from the original bastion. There are also crypts. There are two below the church itself. Significant members of middle-class families and families, diocesan priests and members of the Franciscan Order were buried here. Until now, a unique set of ornamental coffins of burghers or colored chest of underage children, who have no equivalent in Slovakia, has survived in the crypts. In 2017, the restoration of this historic treasure was realized, the goal being to make it accessible to the general public. 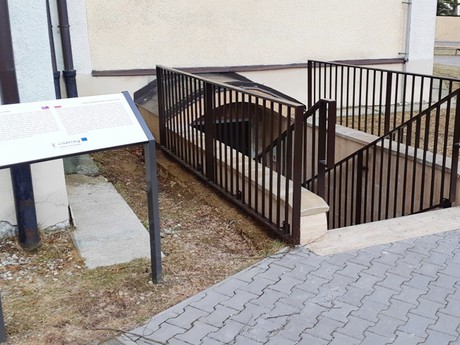 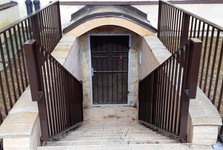 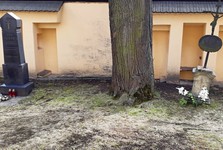 Last but not least, another interesting place here is the gateway from the 17th century. It is a simple one-storey building of rectangular plan. In the upper part of the gate there is a room where the town archive was once located, in the lower part there was a pit which served as a public prison. On the front wall there is a Baroque depiction of the Virgin Mary with Jesus in her arms. The surrounding area is lined with a Latin inscription and two baroque heads of small angels stand out on the sides. At the entrance there is also a sandstone statue of st. St. Anne with the Virgin Mary and the statue of Sts. Anton of Padua. The whole sacral space is a national cultural monument and represents an important part of the material cultural heritage of Trstená. 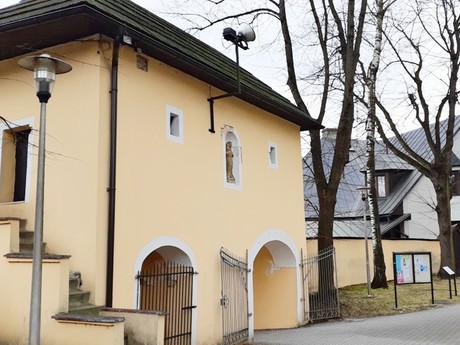 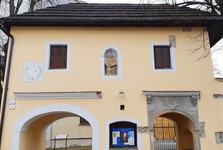 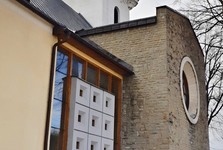 In the immediate vicinity of the church is a vicarage, which is not one of the historical monuments, but its interesting architectural design will surely attract you. For the sake of completeness, we must mention Karol Wojtyla (St. John Paul II), the then Bishop of Krakow, who was a frequent guest of the local dean. Gradually we move behind the church where the House of Culture is located.

We will continue to explore the city again in a week.