Ještšd rises to an altitude of 1012 m and the construction on its top is still another 100 meters. Architect Karel Hubáček has been awarded a number of prestigious awards, including the one awarded by the International Union of Architects. Ještěd is regularly ranked among the most important buildings in the Czech Republic. It is constantly on the top and in public polls. It serves as a hotel, restaurant, lookout tower and television transmitter. Unconventional building still works as a sci-fi even today, which was only in the 1970s, when it was built! The interiors were designed by architect Otakar Binar. The hotel rooms are reminiscent of the spaceships of the spaceship, and the restaurant along the perimeter of the base is also open to tourists who want to refresh themselves and explore the countryside from the heat and dryness. The building is a national cultural monument, and if money is found for reconstruction, it has a chance to be included in the UNESCO list. If it succeeded, Ještěd would be the only television transmitter on this very list! 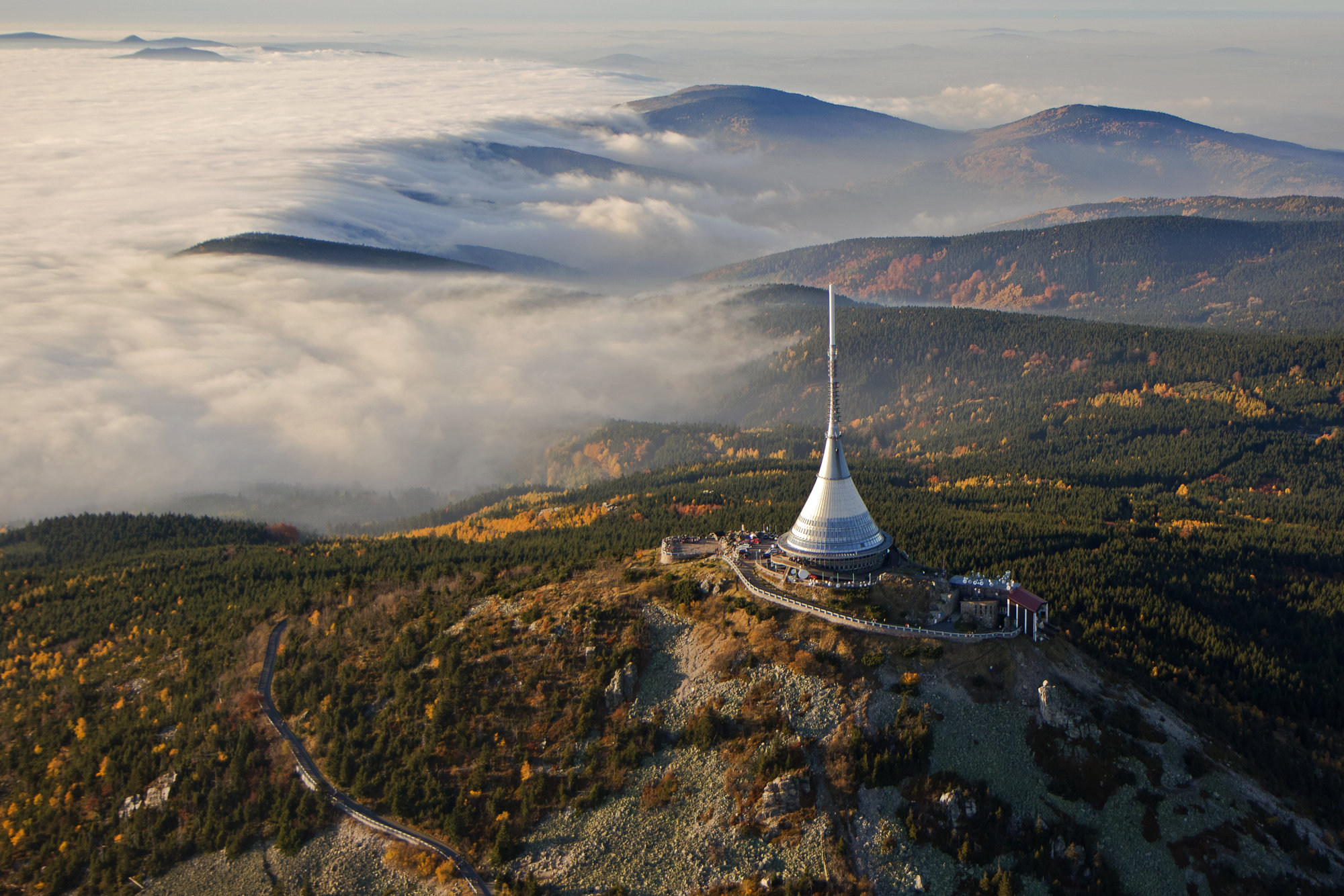 Where Is It Located?

For a long time there was no clear answer to this trivial question. Jested lies exactly on the border of the Lusatian and the Jizerské Mountains and so there were still professional disputes. The decision was made only after it was assigned, according to the official geomorphological division of the Czech Republic, to a separate horological unit called the Ještěd-Kozák Ridge.

The Ještěd Nature Park is interwoven with hiking trails that guide visitors around various rock formations of convenient names and areas with protected plants and forest communities. From spring to autumn, there is always something to see on the routes, in many places you will be reminded of the interesting information boards. The top parts consist of quartzite, which, due to frost weathering, disintegrates into the shape of terraced steps. They named the natural monument of the Ještěd Terrace. At the top stop of the cable car you can not miss the rock called Krejčík, which got its name after a mischievous tailor, who was stoned by the cheated devils. 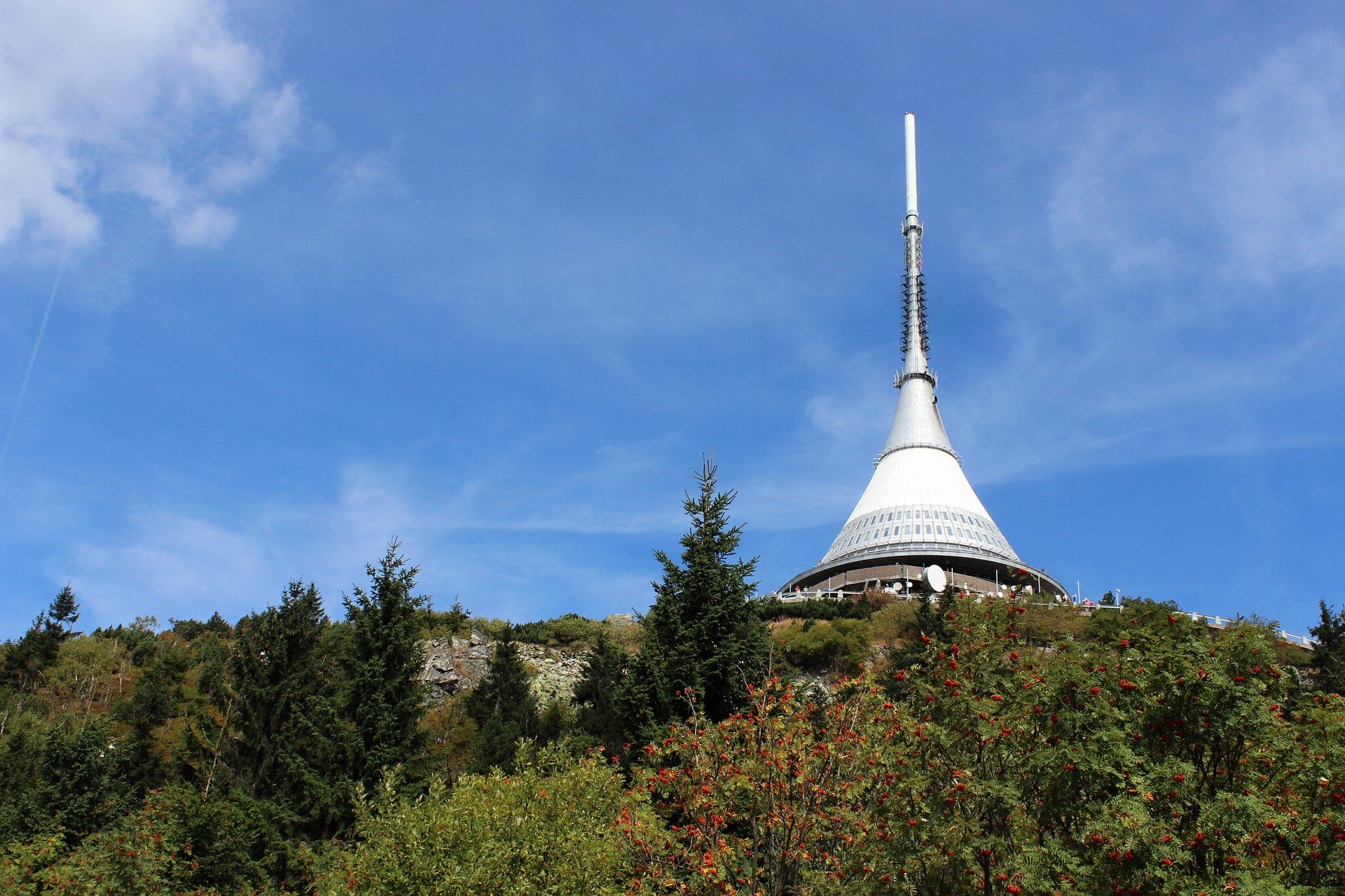 In addition to the distinctive stones and rocks, sculptures and other works of art are scattered around the summit. Surely you will not miss the so-called Rohan Stone or the statue of Jaroslav Rona the Child from Mars nearby.

These are points of start for hiking: 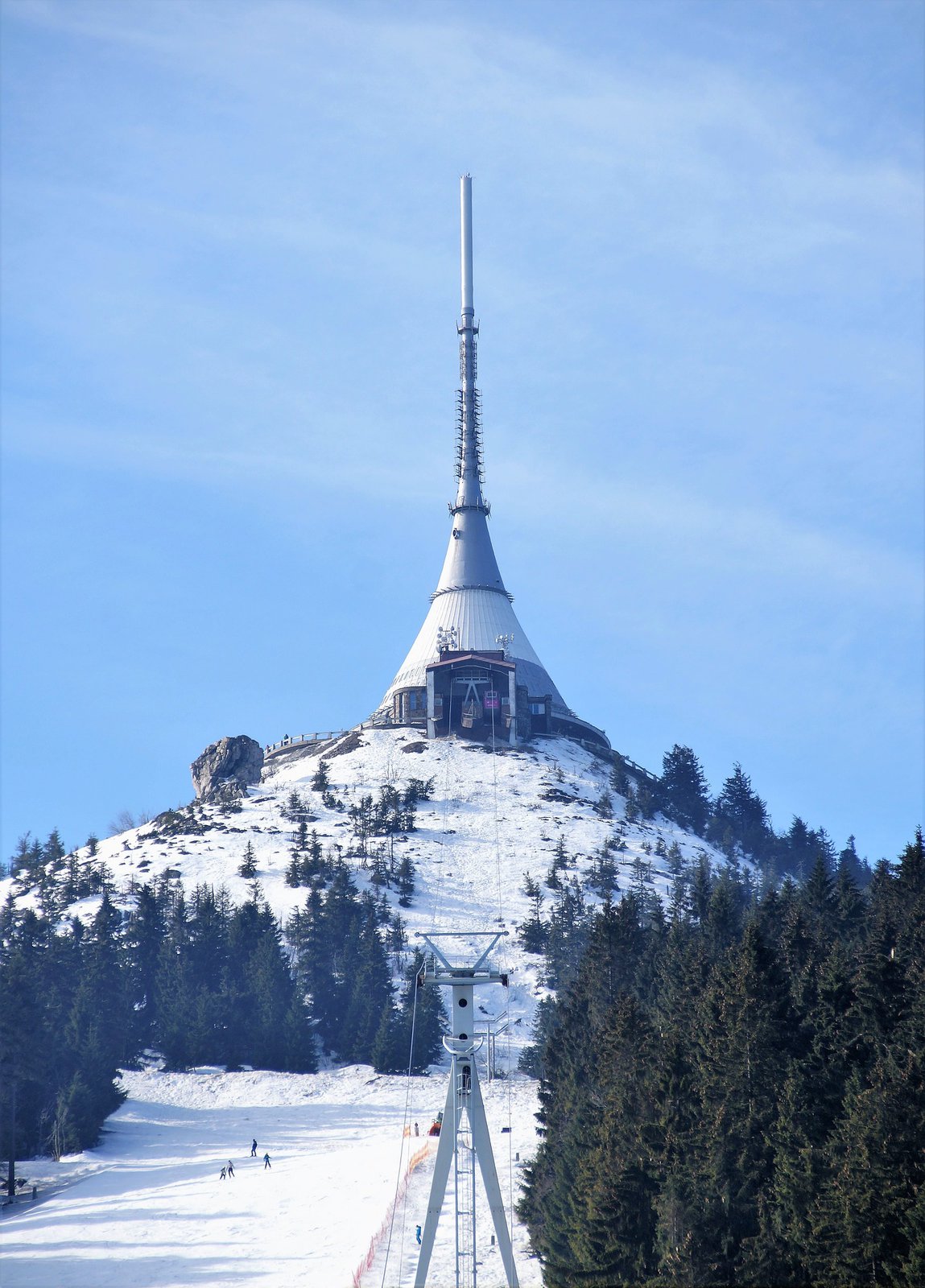 As soon as it snows, and there is plenty of snow in the winter, hiking trails become impassable, some dangerous. On the slopes of Ještěd, however, there are well maintained downhill routes operated by cable cars. The lower edge of the ski area is in Horní Hanychov and you can enjoy the downhill runs on the total of nine blue and red trails. The fact that it is easily accessible from the motorway and from Prague can be reached by a so-called turn here contributes to the utilization of the area. But don't worry, the parking lot in Horní Hanychov is really huge.

I also recommend to your attention the nearby village of Kryštofovo Údolí with a monument zone, a museum of nativity scenes and a unique private astronomical clock.