The locomotive, from which the hissing steam, arrived at the station in Čierny Balog, whistled and slowly began to rumble along the old tracks. In the past, wood was laid for them, but now we are here. Old wooden wagons offer direct contact with the surroundings and with the smoke rolling from the chimney of the locomotive. The cars are open, so pieces of ash have settled on our faces. 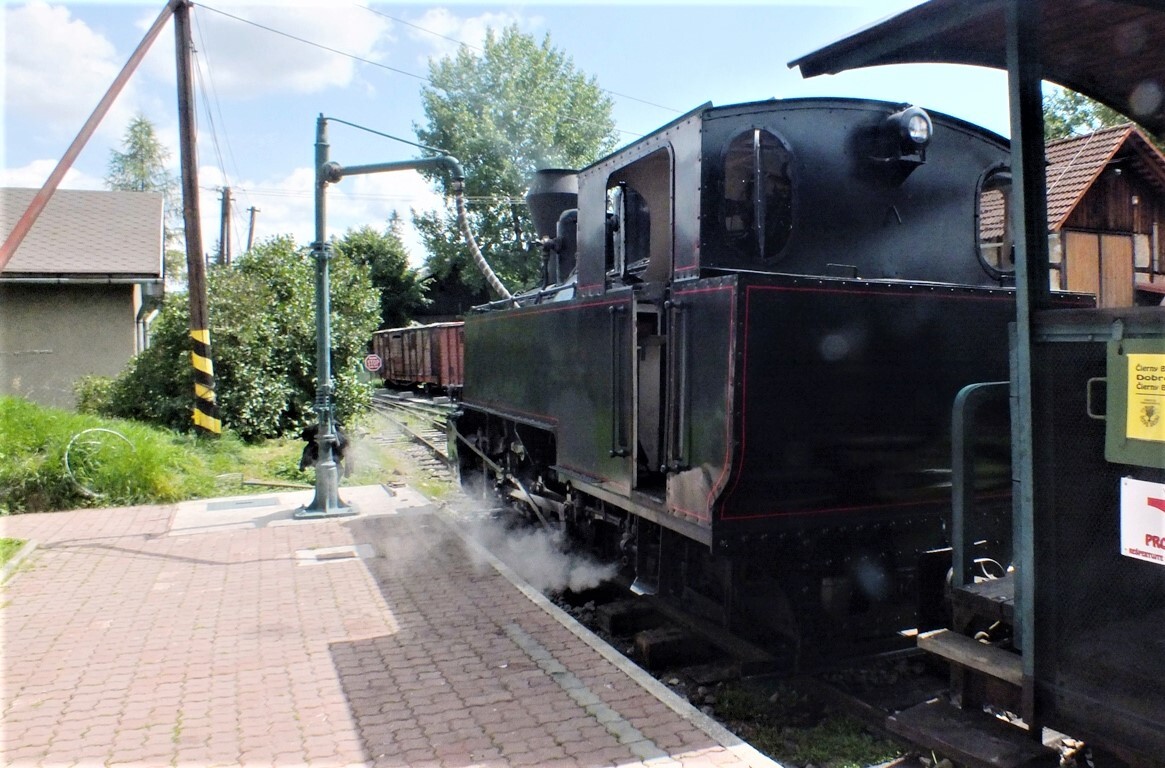 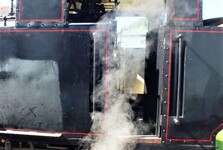 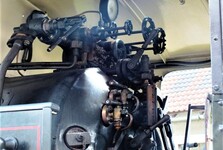 The steam locomotive of the Montenegrin Railway runs from the station in Čierny Balog in two directions, we go in the direction of Dobroč. This section was restored and opened to the public on April 30, 2012. The four-kilometer-long track will take you across the main road, between houses, along a stream to the village of Dobroč. The track also runs next to the torso of a former steam sawmill, which has been employing locals for over 150 years. An interesting and unique in the world of this track is that it leads through a football field. On one side you see a green lawn and on the other is a tribune. With a smile on his face, we add that during the matches, a steam machine will whistle on the court instead of the referee. 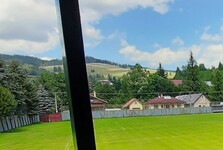 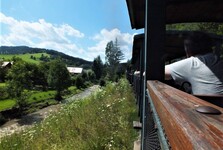 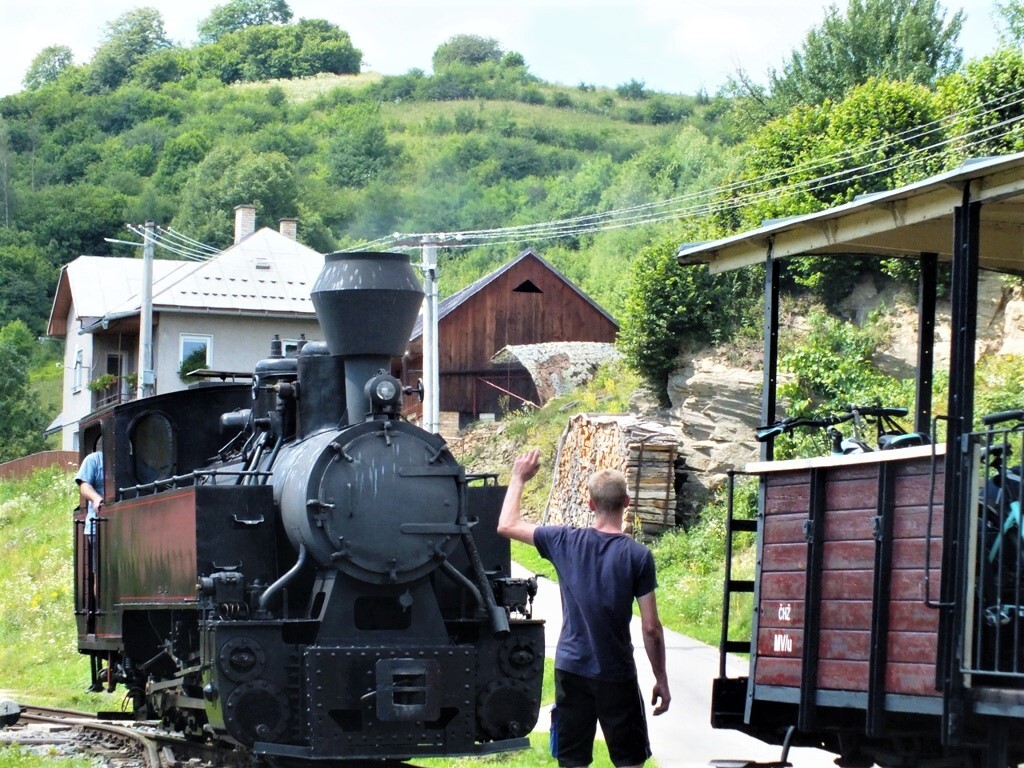 At the end, there is a 10-minute break, which the children will certainly spend on the playground, and you can watch the locomotive move from one side of the train set to the other. It is both a time and an opportunity to peek inside. You can really admire the number of metal levers and wheels with which the driver keeps her moving. After 10 minutes, most passengers will settle down again and return, but if you want to stay longer, you can take another train. Alternatively, go hiking. 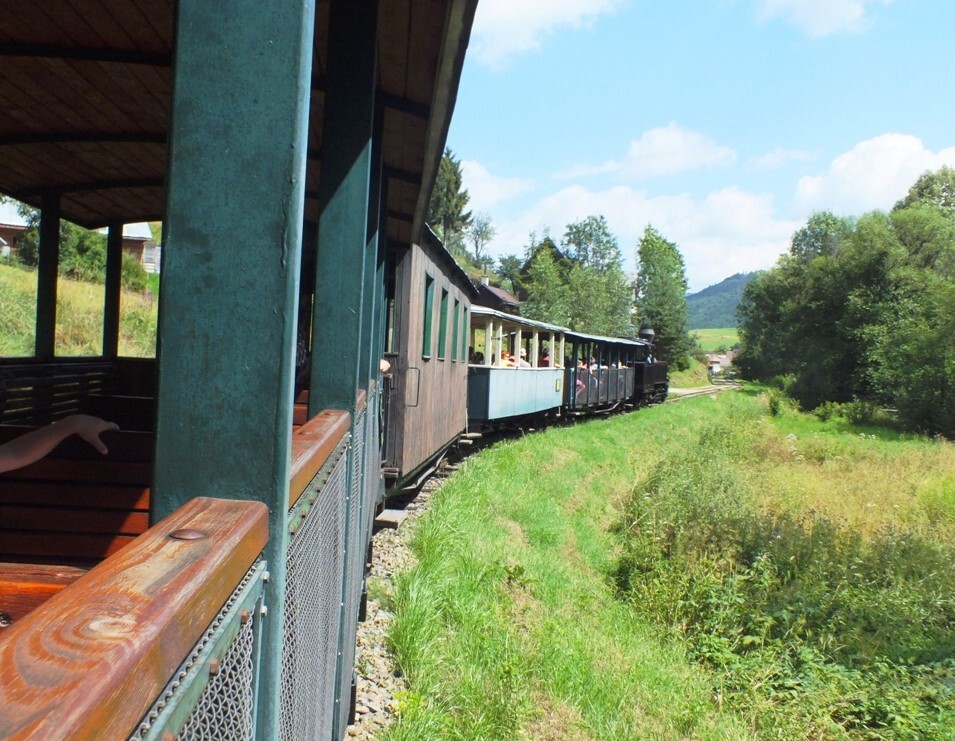 Not far from Pustý vrch there is a wooden lookout tower with a view of the surroundings. You can enjoy it in two levels, from a height of three and six meters. If you have heard about Dobročský Forest and you want to go there, we will disappoint you. The forest is not open to the public. But you can hire a guide who will take you at least around him. These measures are necessary if we want to save another piece of untouched nature. 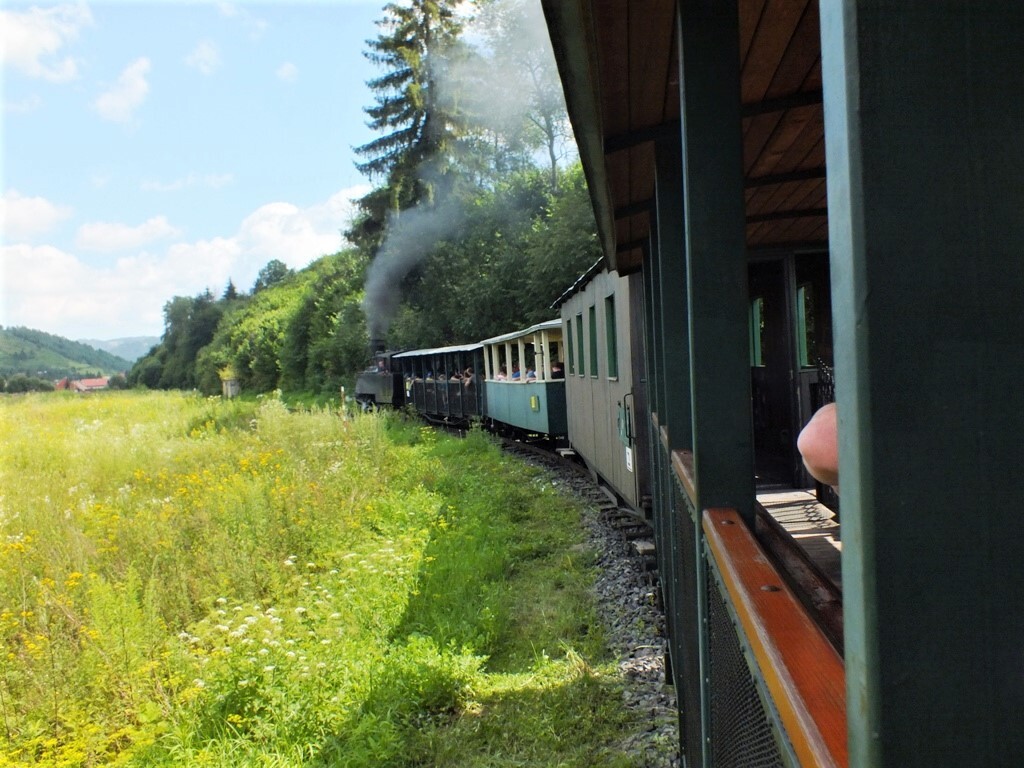 The second route is the road to Šánská. It is the oldest section of the line through the Hrončianský valley, which was built in 1908 for logging. This route is currently the longest renewed route, even if only by a kilometer. It leads through a beautiful natural scenery, through the valley of Čierny Hron. Here, too, you will stay for 10 minutes. Of course, it is up to you whether you stay and take the opportunity to stay in nature, or decide to return to Čierny Balog.

Greetings from local enthusiasts and rescuers of the railway "Let the steam push" we say goodbye.

Published: 2.12.2018
The Low Tatras are beautiful and majestic mountain range in the country of Slovakia. Many tourists like this area. All-day long trips are especially popular here. A very popular tourist destination is a distinctive mountain that dominates the eastern edge of the Low Tatras. It is Krolova Hola, the legendary guardian and subject of many folk songs.

Published: 10.2.2019
During winter, the Low Tatras offer several opportunities for outdoor activities. Whether it is skiing in ski resorts, or hiking. In this article we will introduce the winter tour of the beautiful nature of the Dumbier section of the Low Tatras with the beginning at Certovice and the crossing of the main ridge of the mountain range to Dumbier - the highest peak of the Low Tatras.

SK, Čierny Balog – On the Railway to Dobroč

Come with us to the settlement of Dobroč by the Montenegrin Railway. We set off from Čierny Balog...