The cottage by Zelené pleso was ceremonially opened in 1897 and there were many guests on this occasion. In that time the cottage was named after the supreme protector of Hungary-Carpathian Association who financed its construction. It was named Friedrich’s cottage. In Slovak texts there occurred the name Bedřich’s cottage until the 20th century. The name however, vanished when the monarchy fell. The cottage was named by its location until the 1950, it used to be a Cottage by Zelené pleso.  In that year it was renamed again. This time in honor of Albert Brnčal who was one of the co-founders of a unite sports organization in the first half of the 20th century and in the year 1959 he died as a mountaineering instructor under Jestřábí sedlo. Thanks to the merit of Albert Brnčal the cottage was named the Brnčal’s cottage or “Brnčalka”. In 1991 when the terminological commission replaced the name Brnčal’s cottage for its original name the Cottage by Zelené pleso, its fate luckily hasn’t changed ever since. 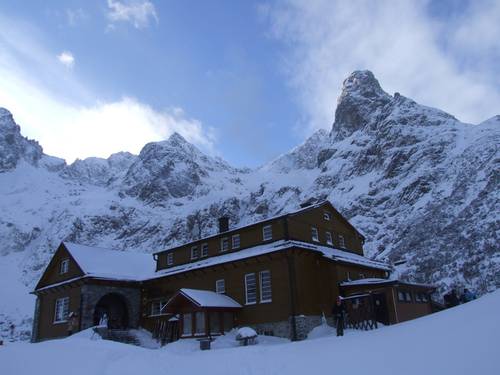 Telling about its history is inevitable…

Lets move from a terminological tangle little bit back to the history. The first lessee of the cottage was Eduard Forberger who provided visitors with a comfortable accommodation and refreshments. The cottage was usually visited by tourists from Upper Hungary and thanks to preserved guest book we know even about tourists from Poland or more distant lands such as England, France, or then exotic lands like Sumatra or China. An interesting fact is that the landlord kept three cows to offer his guests fresh milk. People used to go to the cottage by walk; on horses one could rent in subtatranian settlements. During the First World War there were held courses for Hungarian mountain militias. The militia however, acted ruthlessly and in the summer of 1916 the cottage wasn’t anymore in working order. After the then commission’s act some renovations were made and the cottage served on as a base camp for 40 soldiers and 5 officers until March 1917. The cottage had undergone a renovation since 1918 and it expanded. After the war it operated all-year long and it had its permanent landlord. A phone landline was brought there in 1922 and four years later the cottage was renovated again. Its capacity increased from 12 beds to 58 beds, its cafeteria was enhanced and also a closet and a landlord’s apartment were additionally built.

In the 1920s two fires burst there, fortunately they didn’t damage the cottage or even threatened it. After few other adjustments it was nationalized in 1948. Subsequent vast renovation was finished in 1957. The cottage received new electrical lights, central heating, water pipeline, social services etc... A year after there was built a new stone construction near Zelený potok. In the building was installed a small turbine with alternating current. During the winter months a diesel unit replaced the natural power of the creek. Since 1991 the cottage is administered by the Club of Slovak Tourists and the Slovak Mountaineering Association JAMES. To the year 2010 the cottage was administrated by Juraj Gantner who magnified the agricultural building two-fold. He built a water tower and did many other adjustments that today serve to our comfort and pleasant atmosphere. Today the cottage is administrated by Tomáš Petrík. 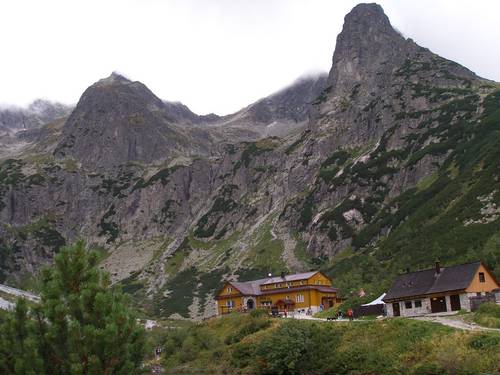 Today the cottage has 12 rooms with 56 beds. The cottage operates also as a mountain rescue service station and in the kitchen of the cottage everyone who likes food and drink will feel good. The range of products is wide there. An ideal and easy yellow marked track leads to the cottage from the Bílá Voda station. This pleasant walk is also suitable for kids. 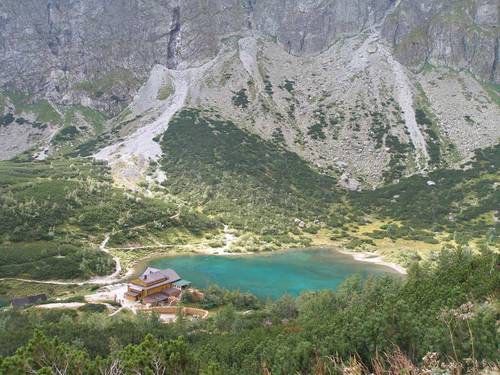 Do not forget, after reading these lines, to take a look at our winter walk to the Cottage by Zelené pleso that is located in our photogallery. You will enjoy the beauty of the cottage that looms over the Tatra Mountains. 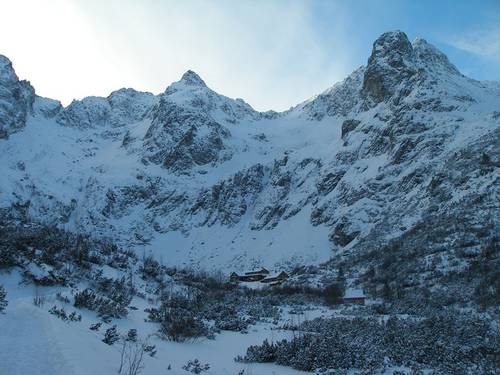 Published: 16.4.2015
After visiting many places we return to nature today. Our steps lead us to beautiful, untamed, and unique Western Tatras, concretely to the Rohace.