One fine sunny autumn day when we had to do, we decided to take the short and light walk under the peaks. Tatranian ridges. Locals We previously mentioned that the ideal and easy walk leads instructional spa walkway. So we decided to try it. 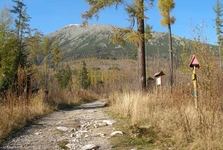 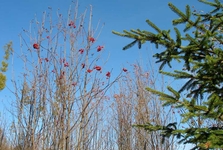 We started our journey in bottom station of Hrebienok cableway. After the stones are covered with the way we went gentle climb towards Austerlitz shield. After about five minutes we come across a signpost indicating the entrance to the Tatranian National Park. It lead to Slavkovsky stit along blue tourist trail. Right next to the signpost was erected and educational boards, from which we learn something about the history of sledding in the Tatras. An interesting fact for us was the information that the road between Smokovec and Poprad was used as a sledge circuit in 1904. A year later, sledge circuit to Hrebienok took over this function, where in 1907 the first race took place on the sledge and bobsleigh. On signboards text was added and interesting historical photographs, which provided us with a true picture of how in the past these small Slovak high mountains appeared. After a short stop we went on. 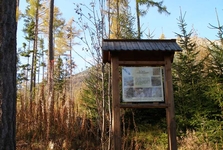 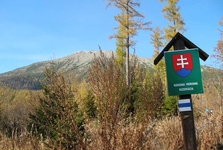 Clean air, red rowan berries in contrast with the azure blue sky and colorful autumn leaves us sweetened walk. Suddenly we are on the left side of the street saw a kind of detour. Not for a moment, we did not hesitate and we turned. Well we did, because after a short walk in front of us appeared a scenery that was like from some movie . Beautiful lake covered with layers of leaves, birch and spruce trees around. Around the lake was a bench, even new wooden shed and around the garbage. While it was in the plastic, but it was torn, and thus was everywhere. Here again we see a lack of common sense and not only that but also trash that somehow belongs to the tourist landing. Garbage course, we gathered back in the bag and take with you. Soon we again tapped into the trail that splits. The right part of the road to Rainer’s cottage cottage along the newly built Rainer’s nature trail and left continued, "our" spa sidewalk. Along the way we passed other educational boards, which provided information about the forest and plants in its vicinity. 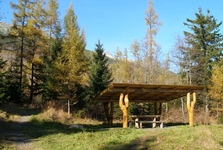 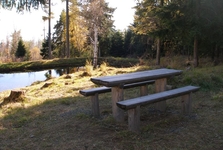 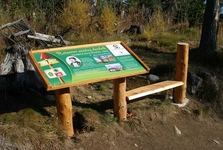 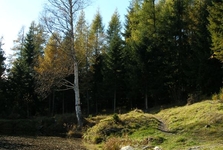 The slight hill tested our physical condition when we suddenly felt quite pungent sulfur odor. We knew that the next educational stop coming. And it was! As we learned from the board, the odor is caused by geological activity deep beneath the earth's surface. The gas that is through tectonic faults, colloquially speaking breaks, gets to the surface, is rich in sulphates. There are several health springs in the the Tatras. Now we are one such couple meters from the board i visited. Water "bubbling" and it was cold. After seeing the unusual natural phenomenon we continued on until we came to a spacious grassy meadow. Even there were infoboards, this time on water and forests. Not far from her was a bench where greeted with a magnificent view of the High Tatras basin. 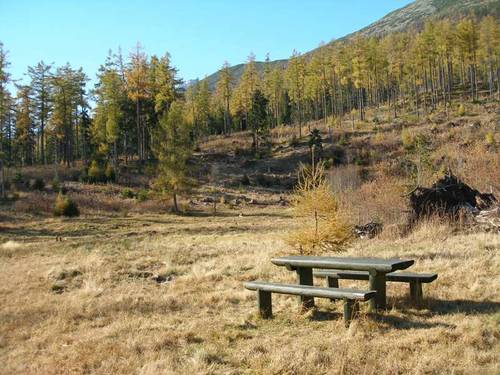 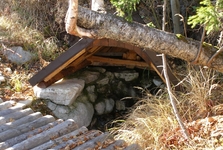 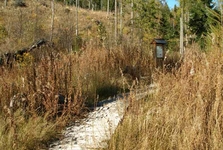 Slowly we began to descend. The surroundings were very waterlogged, almost like in a swamp. Among the trees we saw the construction of the cable car. It was an unmistakable sign that we are on Jakubkova louka . Here we finally lost the trail. Until the end of the ski slopes, the white building, we discovered overgrown board with the last educational stop. She informed the Tatranian architecture. 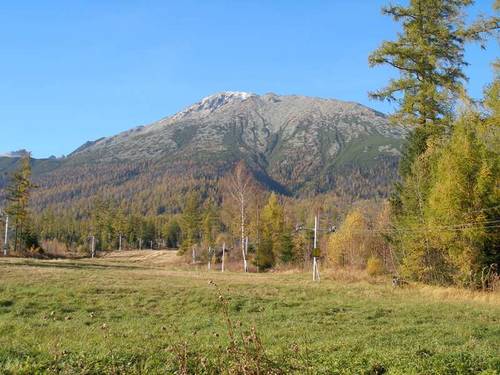 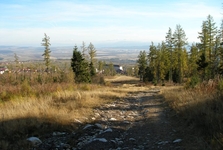 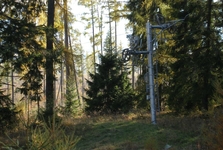 Since we were still full of strength, we decided to undertake another trip to at Calvary to Nice View , made by professional artists - sculptors from both sides of the Tatras, i.e. Slovakia and Poland. It was a homage to our mountains. A way to the view is either on asphalt road leading to Hrebienok, or from the spring of sulphur water at Smokovec, as we did. 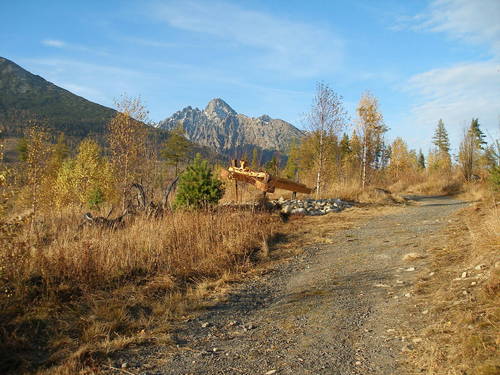 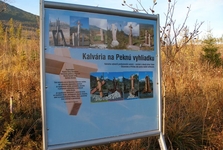 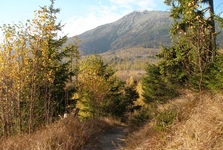 Anyway, our trip lasted less than two hours, was pitch-efficient, but the sight of the Tatranian nature was unbelievable. Therefore we recommend you such an unusual walk.

Published: 5.2.2022
Mengusovska valley, High Tatras, is a place which every fan of alpine tourism must have visited. Its beauty and grandeur is at its best during summer season yet the present article introduces you to tourism in the area in winter.

Published: 13.8.2017
The High Tatras are among the most popular places for tourists in Slovakia. In summer, many visitors from home and abroad come here to enjoy the magic of mountains or do some hiking. Sedlo pod Ostrvou is a popular spot for easy alpine tourism.

Published: 23.11.2016
Vysoke Tatra sis one of the most beautiful nature gems in Slovakia. These high mountains lure tourists for their grandiosity, monumentality and immesurable beauty of their deep valleys and sharp pyramidal peaks reaching up to the skies. Jehneci pyramidal peak (2 230 m) one of the accessible summits in the High Tatras. The climb is amazing and valuable experience.