There is Tiergarten in the heart of tourist-beloved historical center , i.e. around the Brandenburg gate. Former 19th century game park is one of the largest parks in Berlin today. You can see it from atop of the Siegessäule (The Victory Column) in form of a golden angel. By the way, Wings of Desire by director Wim Wenders begins with a shot of the column. The column is situated in the very center of the park on the crossroads of Berlin’s four most important avenues.

We are tempted by Teufelsberg hill which is veiled in mysterious atmosphere. There is the former of US-British spying eavesdrop station. Squatters live there today working as guides. The hill is quite steep. Once you reach the top all effort will bear fruit for the view is splendid. There are not many places where you can get scenic view in Berlin. Well, there is actually the TV tower on Alexanderplatz square. Usually long lines of people are waiting to get to the top and it costs 13 euros. 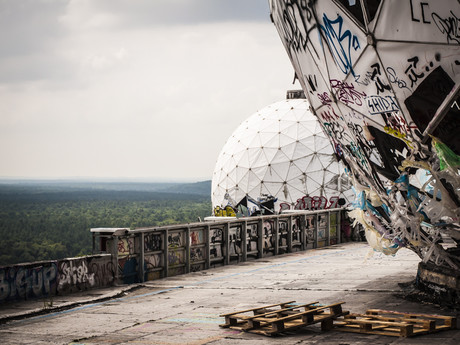 Teufelsberg with its pond lined by a nude beach – Teufelssee – is situated in Grunewald situated in the east of the city. The Havola river flows around it. This place is only couple of public transportation stops from the city center. It is a great place to take a break in nature. One can even see a wild pig here or a biker, quite less dangerous creature. Beloved Schlachtensee is situated at the edge of the forest. You can access it quite easy by S-Bahn (a designation for urban railroad). 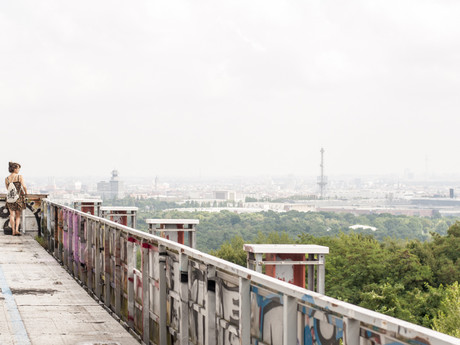 Only few know about another amazing observation spot. It is on Berlin's other end. Müggelturm observation tower is situated in Köpenick district. The city seems like only a thin line on the horizon from there. The rest make the Dahme river and Müggelbergen forests. However, this helps you to realize how large and diverse Germany's largest city actually is. The observation tower is admission free. 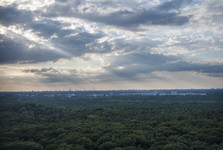 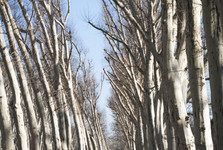 Callous visitors to Berlin could be interested in the former airport of Tempelhof and its quite amusing history. It is situated in Neukölln district. The airport is venue for culture, sport and arts of Berlin inhabitants. There are over one hundred intercultural gardens. Moreover, there is a beautiful park with monumental Soviet-era monument along the banks of the Spree river in Treptow district. Amazing Puschkinallee or Pushkin's alley leads to the park from the city center. It is an alley of huge poplar lining the road on the both sides. Spreepark is a decayed theme park which is a great place for anyone with camera who is willing to constantly run away from the guard and his dog to explore faded nooks with the lense of a camera. 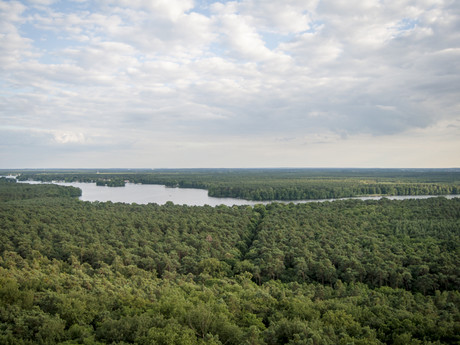 The park in Lichtenberg (Landschaftspark Herzberge) is a place where sheep pasture. You can even see a racoon or fox at night. There is also a Korean or a Chinese gardens in Marzahn. To list and describe all great green places in Berlin would make a long book. 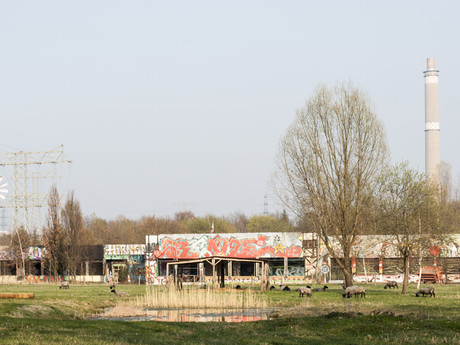 In the subsequent article on our wandering around Berlin we leave parks for its streets.