In Brandenburg, between Dresden and Berlin the town of Lübbenau is located. It holds a unique rarity – river transportation system. You would hardly find here a car. Romantic water roads are intertwined with biospheric reservation of Spreewald , like road junctions in Prague. Here life is intertwined with nature and its inexplored corners. Perhaps this was one of the reasons behind the reservation becoming a UNESCO sight. 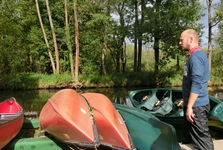 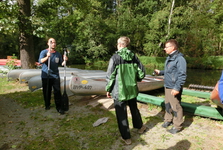 Fairy-tale atmosphere will inspire to rent a boat, rowing boat or pedal boat. River junctions, crossroads, and tributaries were built mostly during Friedrich II’s rule. Today, the territory has an impressive lock chamber, or weirs. We rent a boat. We are clumsy when rowing oars. Eventually, we fall out from the boat like Spreewald cucumbers from a glass. A nice guide working for the Bootsverleih Petrick boat rental commends merry Czech mood. He tells us about the Sprevane River. “The Sprevane is 380 long. Its spring is close to the German part of the Luzicke Mountains, in the town of Neugersdorf.“ 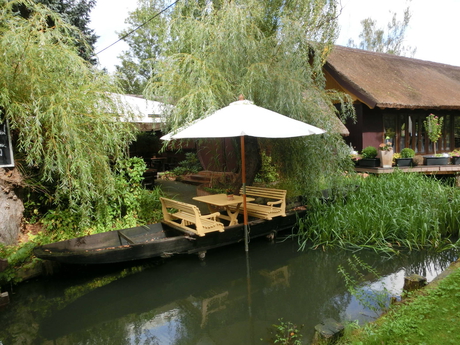 There are many options what to do in your free time in any season of the year. You can relax on a rowing boat in summer. If nature 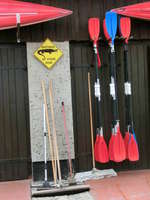 rustles leaves then you will enjoy fishing carp or pikeperch in autumn. . Excellent are night boat rides while wearing warm chamois blankets. In any weather conditions, you can enjoy what remained of the Ice Age which makes these rivers veiled in Venetia-like atmosphere. Don’t you believe it? Do you think nobody comes here in winter? Well, you would hardly see here trucks dispersing road salt. Put on your skates and enjoy fantastic atmosphere.

Also, a boat ride in the Germany’s smallest village „Lehde“ of 150 people. The village floating on water boasts with riches like the Cucumber Museum, a tratidional festivl in October, or feather plucking demonstration. Large hand-made straw boards, apple tree alleys, pumpkin fences and historical mail boxes at thatch-roofed houses line the river instead of road borders.

The craft of postmanship has a unique tradition here.. Spreewald is the only territory in Europe where mail and firefighters work on boats. The postwomen sails to a mail box, and firefighters operate on boats. No road at all came here until the last century. Lusatia lived only thanks to the Sprevane.