The cruise in the third deepest and one of the cleanest lakes in Germany, which covers an area of almost 5.3 square kilometers, is a truly an amazing experience. From the boat you can admire the breathtaking Berchtesgaden Alps, cliffs, picturesque villages along the shores and the green forests of the National Park. Lake and their surrounding area leaves you with impression of Scandinavian fjords. In translation, the name Königssee means "the royal lake", but do not look for the king's name because there was no Bavarian king here. During the voyage, the captain of the boat will ring the boat several times to enjoy the so-called echo. You hear the echo multiple times (max 7 times). 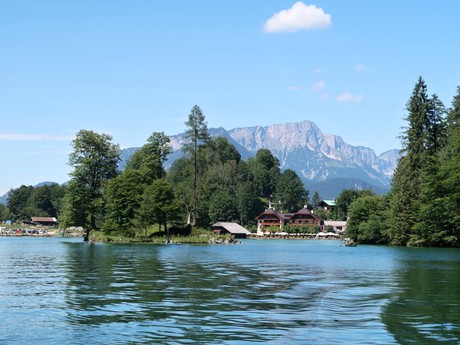 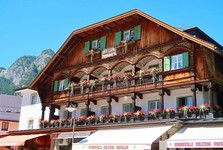 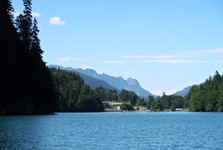 At the lake only personal electric boats or rowing boats or so-called "Pedal Boats" are used in order to maintain the purity of the water. Once along the shore, there was a railraod track, but in 1971 the last tracks were dismantled and only the Königssee station in Berchtesgaden was left and repurposed to a restaurant. The former route is currently used for hikes. 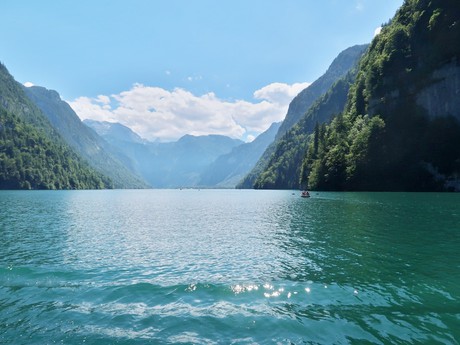 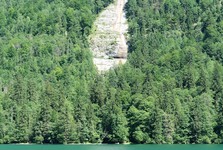 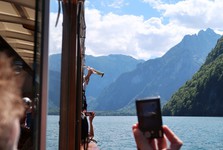 After cruise we docked on the west coast of the lake, on the peninsula of Hirschau, where the famous pilgrimage church of St Bartholomew named after the patron of Alpine farmers. 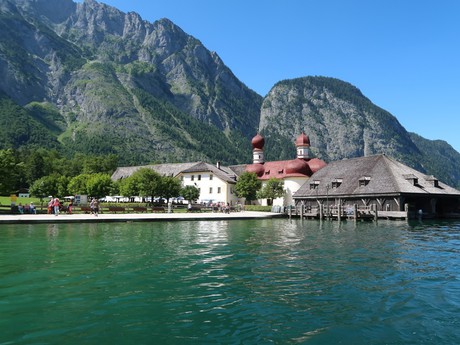 The first chapel was built in 1134. In 1697 it was rebuilt into a Baroque style, with a plan of the Salzburg cathedral with two red onion dome and a vaulted roof. The interior is a beautiful apse, artificially stuccated walls or spectacular altars. There is a pilgrimage every year on August 24th. Close to the chapel lies an old hunting hut, once used by the monarchy and now operates a tavern. 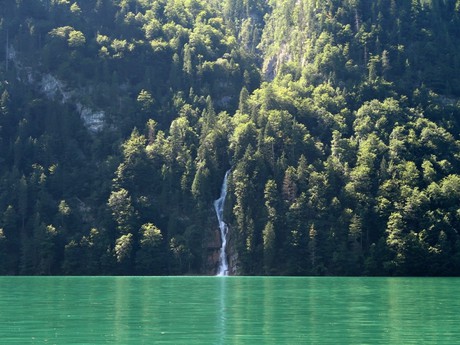 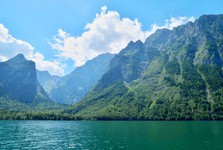 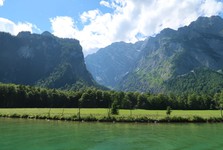 We leave the peninsula and pass the beautiful Schrainbach waterfall and heading south-east to Lake Saler. Here we walk through the pine forest and get to the next natural lake of Obersee. The lake is part of the already mentioned Berchtesgaden National Park. There is no village or small town on its shore just a small fishing port, which is only used during the summer season. 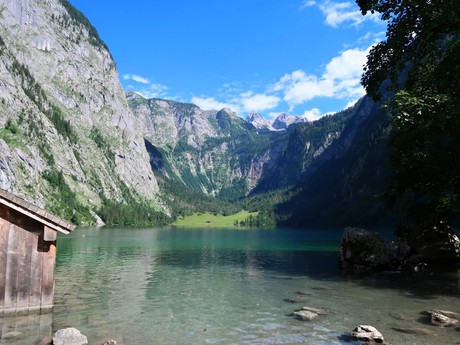 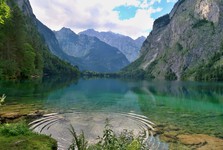 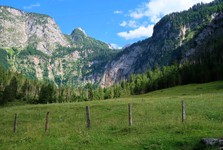 Röthbach Waterfall is the largest attraction of Lake Obersee, the highest waterfall in Germany. Its height reaches 470 meters, but we must add that the condition is enough precipitation to excel its magnificence

Here we are going to end our journey today, but we will return to Berchtesgaden one more time. Next week.