en.infoglobe.cz » Ireland – Cork and a trip to Kinsale

On the first day, we decided for the town of Cork. We could skip a visit to English Market (which has been operating since 1788). It is situated right downtown  in Princes Street. There, you can find food from all around the world. Locals go here mostly to get some fresh fish or visit butcher's. Staff from this market are used by restaurants from all around the town. St Mary's Cathedral is another place worth visiting. The same goes for St. Fin Barre's Cathedral (the name is after town's founder). 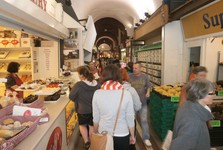 Blackrock Castle was another point of interest. To get to it we took public transport. Blackrock Castle ist situade in Blackrock village which is the suburbs of the town. This small castle now operates an observatory and a planetarium. We were slightly disappointed for what we had learned about the castle and saw the photos we expected more. Moreover, there are many more interesting thins across Ireland. Blackrock village is quite messy (by the way, Cork is not one of the cleanest towns in Ireland either). It seems like if the castle even didn't belong there. Upon returning to downtown Cork we improved our mood in an inn with live music and great beer (local Beamish beer). Those of you who prefer noght life, Cork is just the place for you because it is vibrat at night. There are traditional Irish pubs as well as modern discos and clubs. 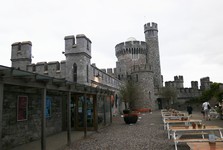 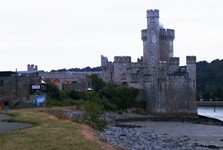 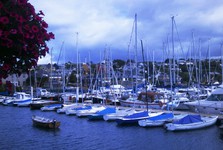 Once we were done walking through the town, we set off along the coastline to see the famous Charles Fort. The ortress was built between the years 1618-1620 by General William Robinson. The place where the fort was built is known as Ringcurran Castle. The fort is build in the shape of a star to withstand cannon attacks. You can see the fortress either alone or accompanied by a guide. There are some interactive features such as screening war scenes with soldiers' singing (although false) in the background. The experience is great. Moreover, the vista over the mouth of the River Bandon is amazing. To reach Cork downtown simply take a bus line from Kinsale port. 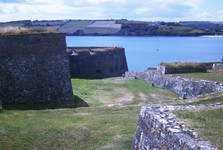 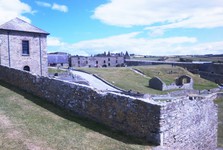