en.infoglobe.cz » Ireland: Dingle and the Journey to the Westernmost Part in Europe III

Instead covered fenced pastures along the road stretches a desolate rocky plateau, where due to the constant strong there is not too much grass grow. But there were absolutely breathtaking views. We stopped at a small landing under one of the local glacial lakes, and while I stared in disbelief at what lay hundreds of feet below us. Typical glacial valley with dozens of small lakes and several large, surrounded by steep rocky slopes - the only thing that undermine the impression of absolute savagery was the lone house. You wont see something similar in the  Czech Republic. 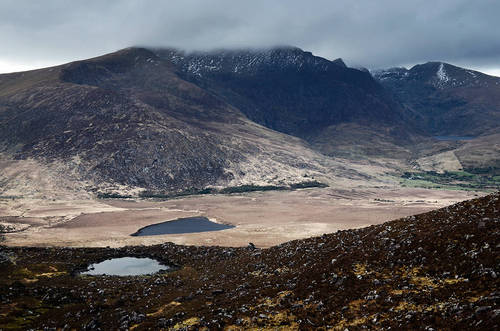 A way across Conor Pass certainly it was not one of the safest, larger cars and trucks for the ride or not. In addition, some parts built only the width of one car, but some locals are afraid to drive dangerously fast. I am afraid, however, total, especially on when in one turn against us one of them unexpectedly rushed. Fortunately, it turned out well. I recommend you to check out Conor Pass in Google Street View – "live" experience is far more better, though. However, Google Street View will give you at least a basic picture. 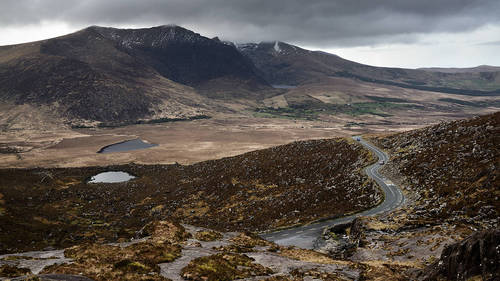 I have spend the afternoon in Acummeen, Carun and Slat about half-way between Dingle and Tralee. Oddly enough, there were some trees. But the entire landscape was just sunburnt and looked so in conjunction with wet weather slightly apocalyptic. I can not imagine how beautifully green it is in the summer. Piece from coast to rise further high mountains with rocky peaks and I must admit that the way to one of her was for me a total death. It does not seem it, but one cant get over 800 meters in the slippery terrain without roads and a heavy bag with camera. Certainly, one needs a very decent workout. Reaching the summit so for me it was a nice catharsis and breathtaking views I enjoyed twice. Directly below me lay one of the lakes and he would have took one wrong step, after which I flew a few hundred meters down into the icy water. In truth, it certainly was a lot easier than a slow sliding on the wet slope, in which I get from burnt heather blackened all things. 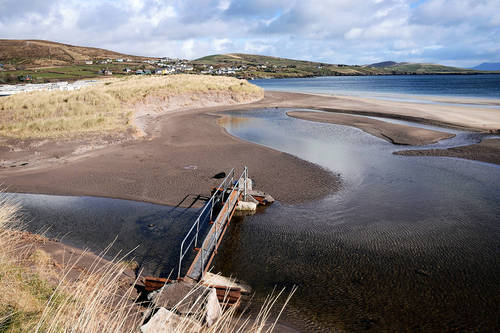 Ireland is a place that I recommend very much to everyone. Especially Kerry offers an incredible amount of options. From pleasant short walks and exploring historical sites through cycling to challenging treks. Flights to Dublin you can get for a very decent price. Then you should go southwest and reach it both by train and bus. Neither the accommodation there is not staggering, probably the best option is B & B (bed and breakfast) for 30 € / night. As far as the weather, as well as all the islands it is true that we can not predict it very well. Weather is rapidly changing. The highest probability of sunny days but expect between April and first half of June. 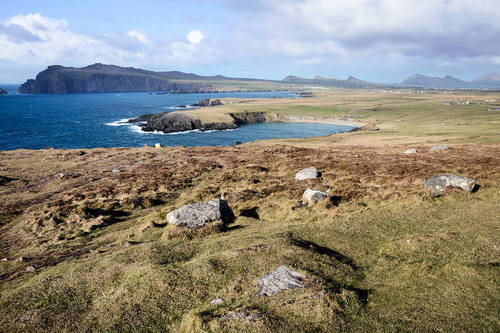