Saschen Switzerland was not my goal this time. My car continued along a high quality German freeway to northwest. I realized that Germans are truly a car superpower. After all, taking a look at the map of Germany is a proof that there is abundance of freeways. 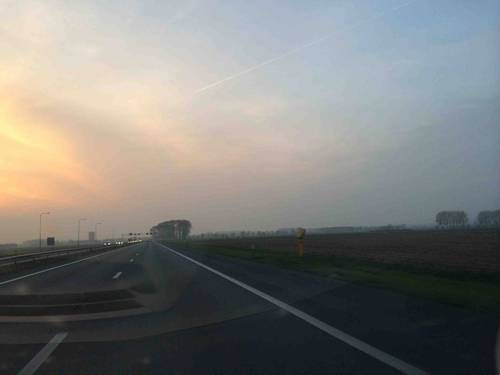 For many travelers it is sure a good news. Thanks to German freeways you can easily get to any part of Germany. Moreover, 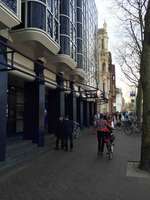 , it is more affordable for two, three or four people to travel together than to buy flight tickets or train tickets.

After Saxony I traveled trough Sachsen-Anhalt and Lower Sachsen. Near the border with Netherlands the landscape had gradually changed from hilly to flat. I stopped for a while on a gas station, just to stretch my legs and to fill up fuel.

The day was almost over. Orange sun descended to the horizon and the landscape lit in the light of sunrise seemed to me like an impressionist painting. I was glad that there were only few cars on the freeway. Thus I could pay more attention to the landscape. 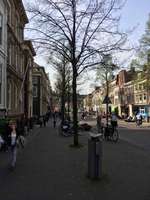 Beautiful fields changed to forests and soon I saw first sign that I had crossed the Dutch border. I watched various halls along the freeway. It seemed like lands on the way out of Prague. But actually I was pleasantly surprised because the Dutch tried to make these buildings interesting, not just cubes or whatever shapes. Every buildings seemed that someone tried to make it unique.

A small surprise was the fact that the freeway had along the whole route lights in the middle. Thanks to it, it was much more pleasant to drive.

I was already close to the Hague and I was more and more curious how it would look like. I was grateful to have a navigation with me, so I would omit any long searching for my the street where my hotel was. It was quite difficult to find an affordable accommodation including a free park space. Eventually I managed to find one through sophisticated search engines. 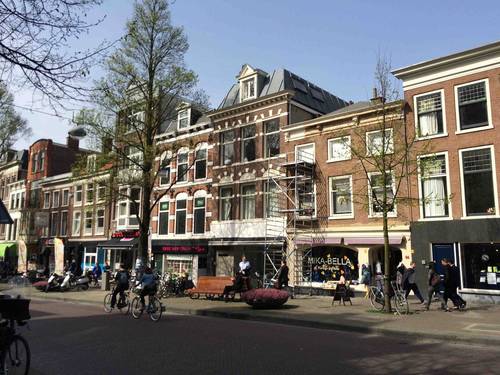 My hotel was located in a small district, Loosduinen. The district used to be a village until the beginning of the 20th century when it was incorporated into growingHague. An older man, named Franz, welcomed me. Finally I could lie down after a long journey eager what is waiting for me in the morning.