Moller was the author of professional publications on the course of epidemic diseases, protection against the plague and the impact of climate on the health of the population. In 1709, he published the book Medical Council on the Treatment and Prevention of the Plague, which became famous in the world. He was also interested in the book from 1739 - Medical Council, how to protect yourself from a plague. For his actions and the reform of the Hungarian healthcare system, this doctor was nicknamed the Hungarian Hippocrates. Thanks to his measures, which the city council took unreservedly, Banská Bystrica was spared plague or other epidemics several times. 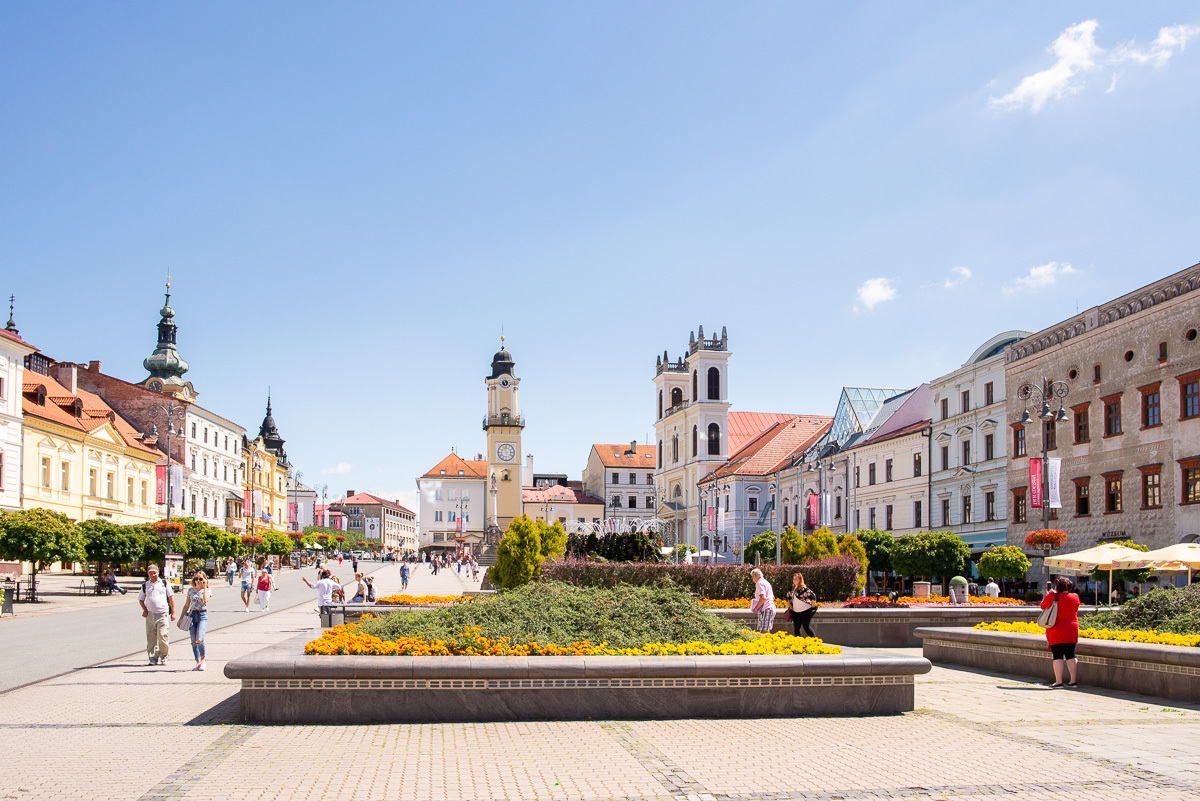 After the anti-Habsburg uprisings, the Jesuits again asked the city to build a Marian column in the same place. A new column, which now oversees Banská Bystrica Square, was built in 1719. Father Jozef Gastinger asked the municipality to build a statue of the Blessed Virgin Mary in the square. For a fee of 3,600 gold, the city agreed to the construction. This amount was chosen by the believers themselves. After Father Gastinger's sermon, where he said how the city could help build a new column, the municipality contributed materials, namely two boxes of lime and 3,000 bricks. 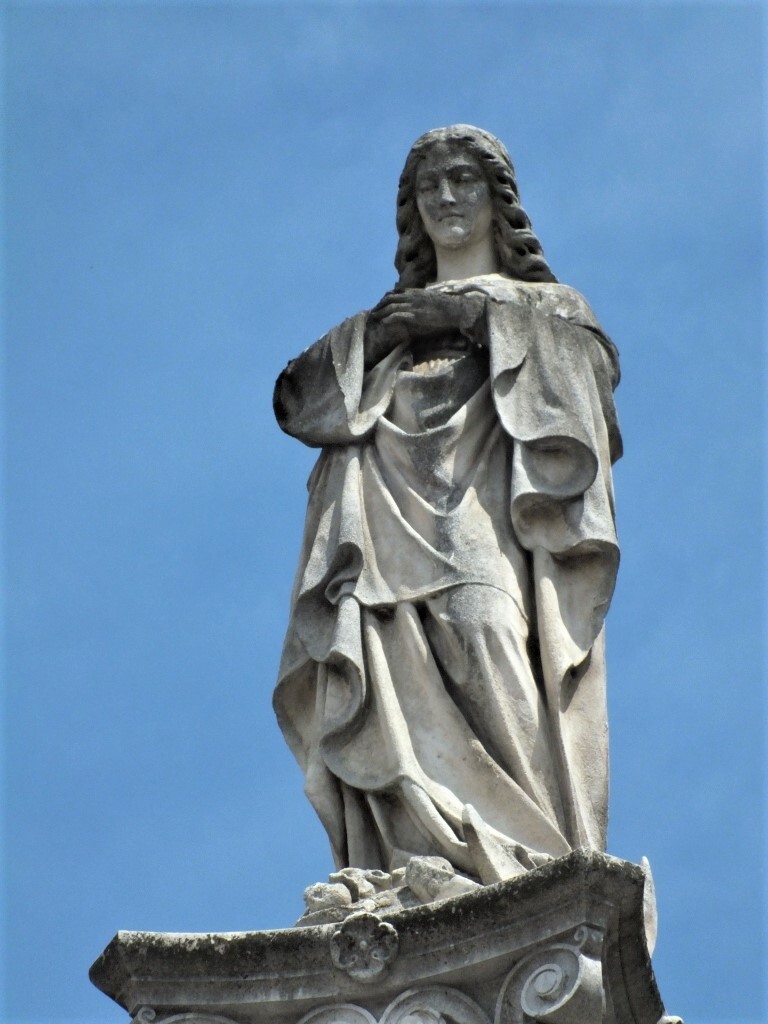 Originally a Baroque column, it did not avoid several modifications, the most important were in the period of Classicism. A 13.2 m high classicist column rises from a hexagonal staircase to the sky. The lower part of the column consists of cartouches with the inscriptions Ave Maria, gratia plena, Dominus tecum. The shaft of the column is terminated by a composite head, on which stands a 2.45 m high statue of the Immaculate Virgin Mary from 1897. The most fundamental intervention was the removal of the fence around the staircase in 1897 and in the same year the city council considered moving to the central axis of the square. 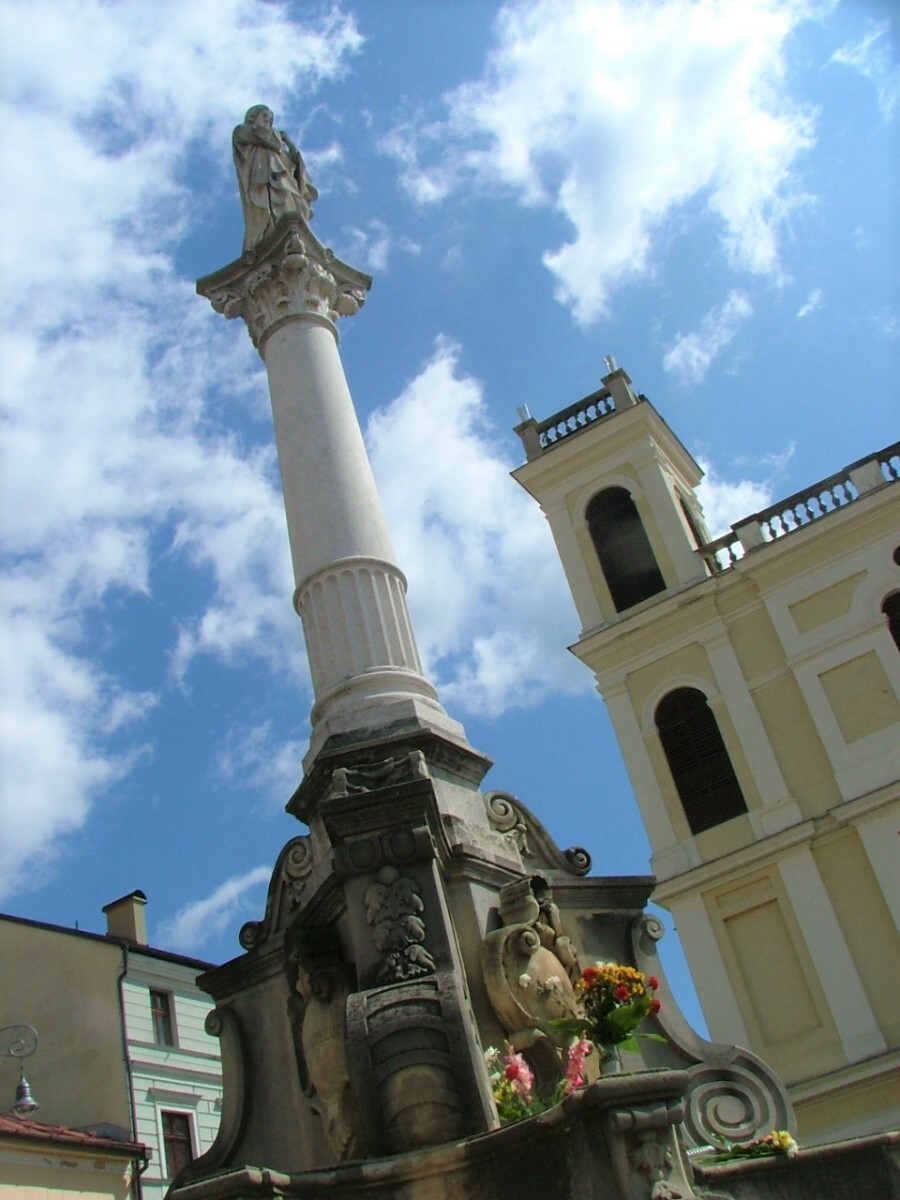 In the end, the pillar was moved, for political reasons. In 1964, the center of theSlovak National Uprising commemorated the 20th anniversary of its outbreak, and the celebrations were attended by the highest Soviet representative, Nikita Sergeyevich Khrushchev, and his wife. The statue of the Virgin Mary could not be behind the grandstand for ideological reasons, and therefore the Marian column was moved to the area of the former promenade in the area of the castle grounds. What would it look like in the photos if the Virgin Mary looked at the tribune with a prominent speaker? 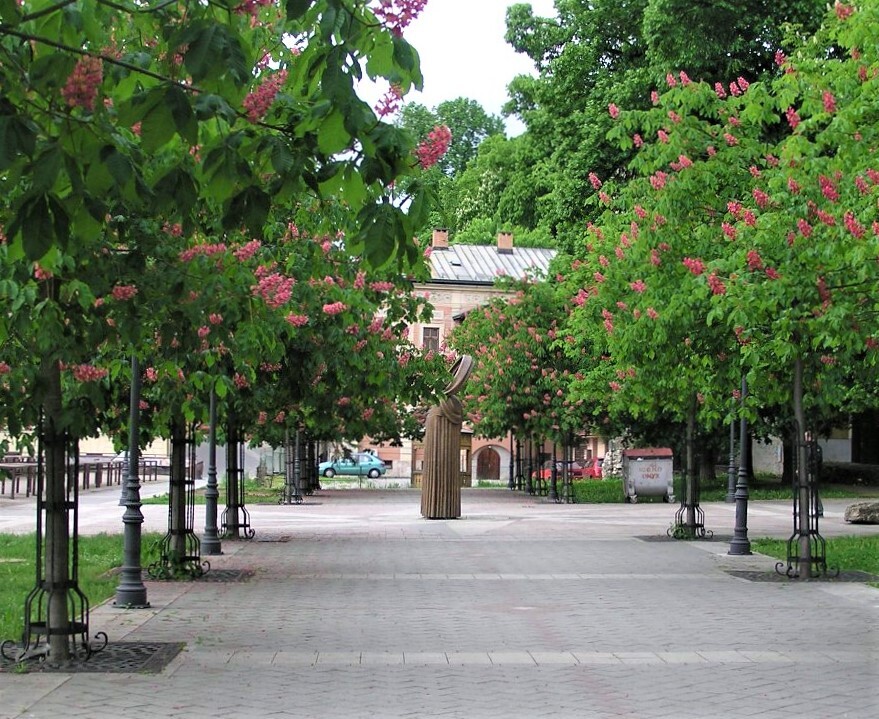 After the reconstruction of SNP Square in 1994, the Marian Column returned almost to its original place. It is interesting that they also studied the column in terms of the so-called geomancy - the force of certain places on humans. Banská Bystrica architect Jaroslav Stockmann determined that this force, which should bring a person beneficial energy and strength, is located in front of the statue, where the view of the Virgin Mary is directed. So if you go around, be sure to stand right here, recharge your batteries and remember why this statue was created. 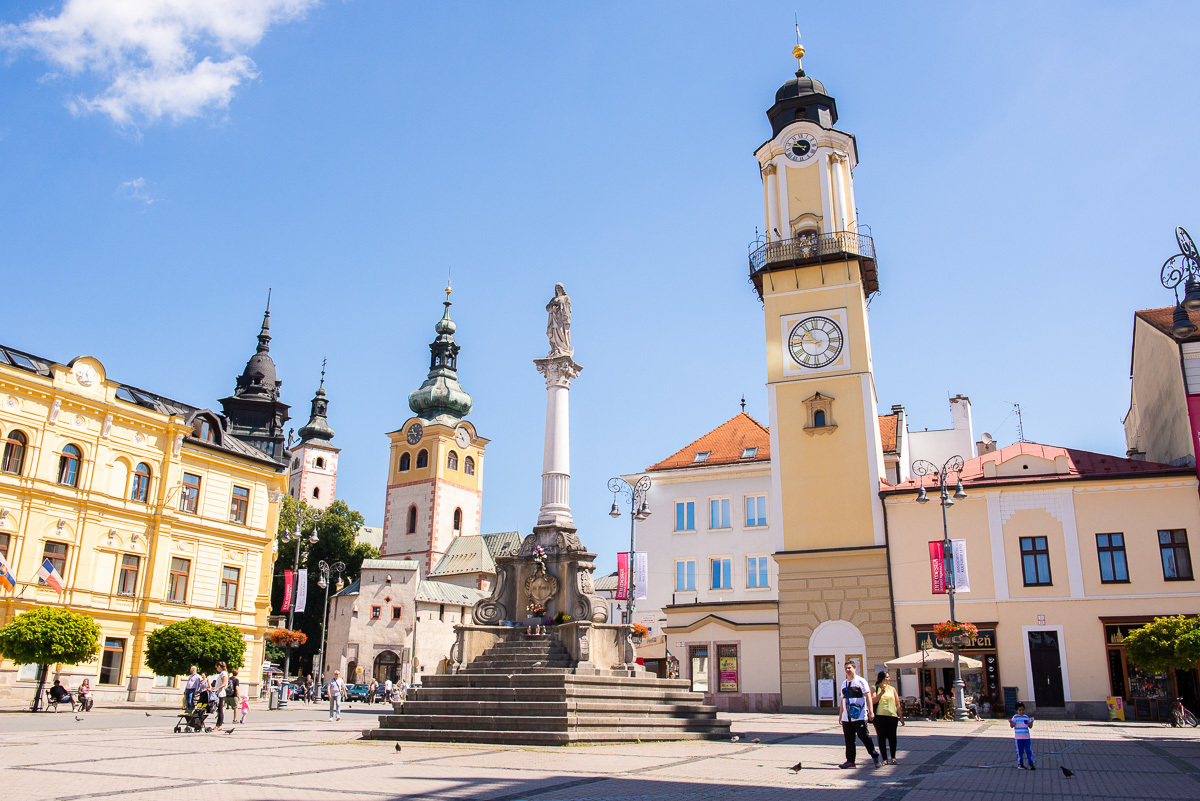