The history of the Costa del Maresme was originally linked to the fishing and vine-growing traditions, but from the mid-20th century onwards, summer residences for the wealthy residents of the nearby Catalan capital of Barcelona began to appear on the coast, and hotels were gradually added. 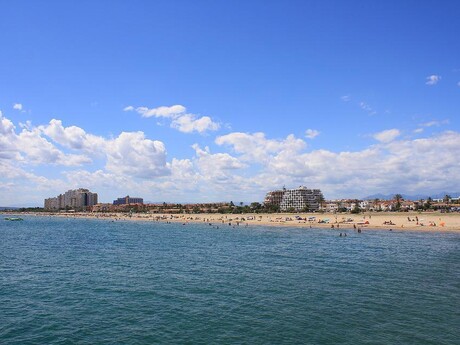 In a short period of time, the Costa del Maresme became the main resort and tourist centre of the whole area, which still retains its prominence today. The area is characterised by its beautiful beaches, well-developed tourist infrastructure and favourable year-round climate. Pořeží is also a paradise for hikers and walkers. It offers lush vegetation against the blue backdrop of the warm Mediterranean Sea, beautiful, extensive and clean beaches with thick golden sand, interrupted here and there by small coves, creating an idyllic landscape. 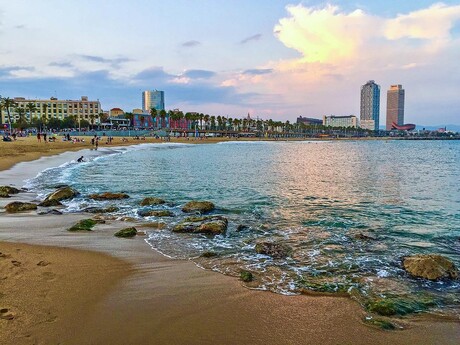 The Costa del Maresme is actually a continuation of the Costa Brava, extending all the way to Barcelona. The most famous and popular resorts on the coast are Malgrat de Mar, Santa Susanna, Pineda de Mar, Calella, Canet de Mar and Sant Pol de Mar, as well as Blanes and Fenals. During our cruise we reached the aforementioned Costa Brava, where we also explored the town of Lloret de Mar. 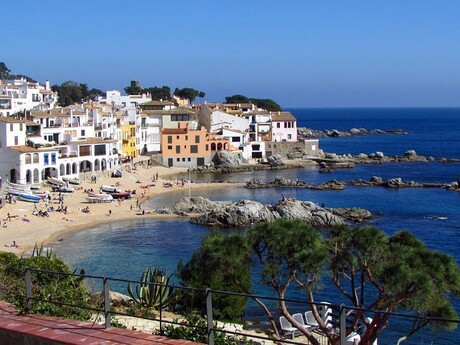 If you don't feel comfortable staying by the sea, the good news is that all the resorts are connected by rail. We began our journey along the Spanish coast at the boat dock in the town of Pineda de Mar. After embarking, our first stop was the resort of Santa Susanna, which stands out with its luxurious beaches and azure sea in the foreground, while picturesque hills covered in fragrant pine trees form the background. This natural harmony is complemented by magnificent hotels, villas and stately homes, as well as the medieval gem of Can Rates Castle. The main church of Santa Susanna, with its gilded altar, is also worth mentioning. 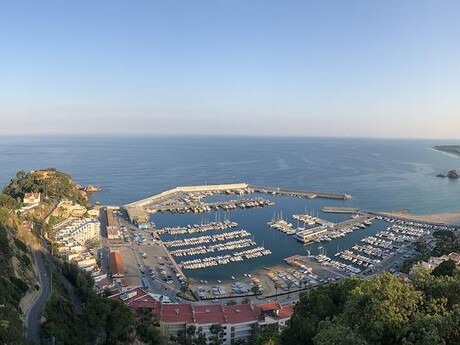 The coastline of this once independent village connects with our next stop, the town of Malgrat de Mar, forming one recreational area. The coastal promenade connecting the two resorts is full of restaurants, cafes, bars and shopping centres. Young people (and not only) will enjoy one of Santa Susana's most popular discos - Kuka. 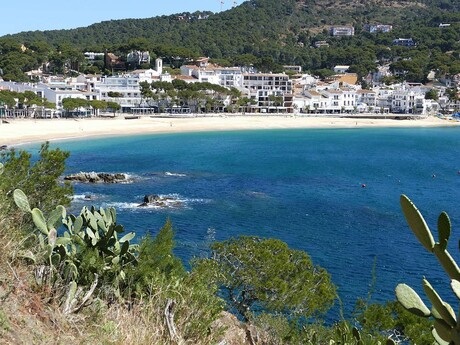 Don't miss a visit to the 16th-century Church of Sant Nicolau de Bari, the Torre d`en Riera, and the beautiful Art Nouveau villas and palaces built in the late 19th and early 20th centuries. 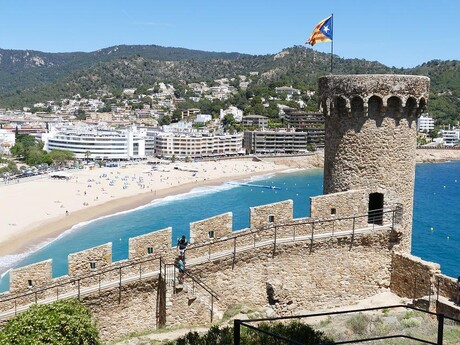 We proceed or sail further to the resort of Blanes with the beach Les Roques Blanques, which is named after the white stones on the coast. The beaches here are characterized by a gradual entry into the sea, which is especially appreciated by families with small children. In addition, you will find the best botanical garden in Europe with three thousand species of plants, the ruins of the 11th-century castle of San Juan and a medieval church. We also recommend a visit to the beautiful "Marineland" park, where you can see a show with dolphins and seals. Seafood connoisseurs will also enjoy this area, as it is home to the largest fish market on the coast. 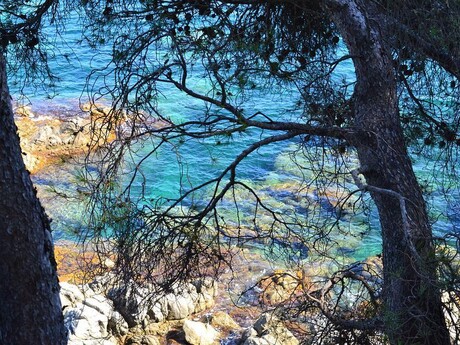 The cruise continues to the resort of Fenals, where the beaches are covered with coarse sand and protected from the wind thanks to the hilly terrain. A special feature of this coastline is the rather steep descent into the sea. Of course, there is also a wide range of services and entertainment. 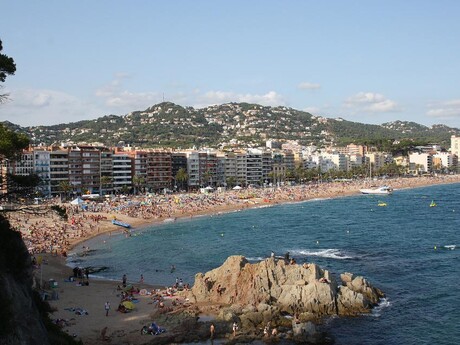 The last area we visited is the so-called tourist capital of the coast - Lloret de Mar, located 65 km from Barcelona. Here you will be enchanted by the Mediterranean landscape, adorned with the ruins of the ancient city of Loredo, the 14th-century monastery of St. Cristina, the Iglesia de Sant Romà, designed and decorated by one of Anton Gaudí's students, and the Castell de Sant Joan, in contrast to the breathtaking water parks and lively music clubs. Children will enjoy the mini-zoo. 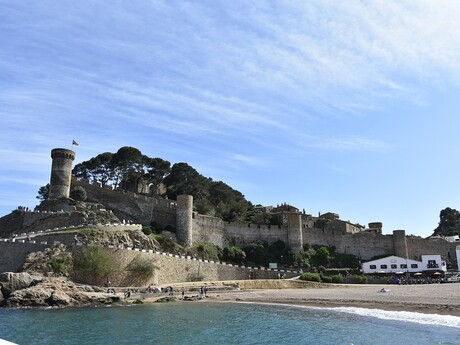 After a rather strenuous cruise and walks through the various resorts, we return from Lloret de Mar to the port of Pineda de Mar, where, tired but happy, we end our journey along a small part of the stunning Spanish coast.