Oviedo and all of Asturias attracts the beautiful landscape that is one of the best preserved in Spain. Quiet nature around Oviedo is complemented by Early Romanesque churches. 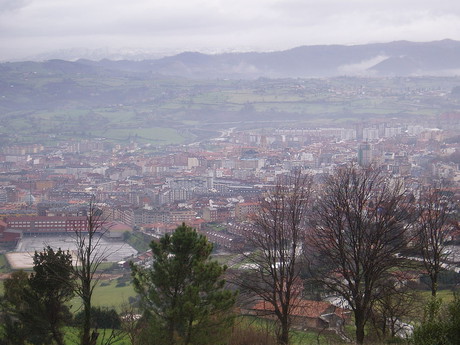 Among these interesting churches undoubtedly are Iglesia de Santa María del Naranco, which is approximately two kilometers from Oviedo. The historical significance of this church is so great that it falls under the UNESCO World Heritage List. Originally, it was a palace built in 848 by King Ramiro I and only during the 10th and 11th centuries it was transformed into a church.

This is, by the way, a great example of Early Romanesque architecture. The rectangular ground floor is lined with arched windows. Somewhat unusual is an altar outside the church. Pillars supporting the masonry have Corinthian heads. 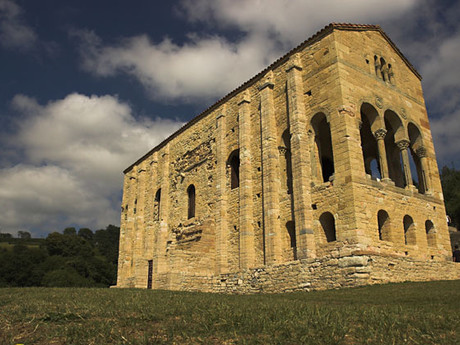 The second ancient church that is worth visiting and which is also protected by UNESCO is the Church of St. Julian, also known as Santullano. It is the largest early Romanesque church in Spain. It has a length of 30 meters and a width of 25 meters. The church was built in the first half of the 9th century and dedicated to martyrs St. Julian and Saint Basilis, a married couple who resorted to monastic life. You will not be spoiled if you look at this precious monument within a commented tour.

But let's go to the city itself. Oviedo itself was founded by King Alfons II already in the 9th century. This strategic territory has chosen to more easily reflect the attacks of Muslims from the south of the country. The old town forms a narrow pedestrian street that suggests that the city once enjoyed great glory.

Evidence is, for example, the Gothic cathedral, which originated in the 14th and 15th centuries on the site of the original 8th century church. The façade, which was later renovated, boasts magnificent Baroque reliefs. However, what attracts you most is the 82-meter high tower, which many consider to be the most beautiful tower in Spain.

Inside the cathedral there are many works of art waiting for you like a silver-coated reliquary inside the Santa Eulalia chapel. However, the most precious treasure inside the cathedral is the so-called Holy Chest, a sacred relic who came to Asturias after the Visigoth bastion in Toledo fell into the hands of the Maura. Many pilgrims who travel to Santiago de Compostela will stop there. It is covered with silver reliefs, and the relics of the Holy Land and other treasures are stored inside.