If travelling to the north of the country to Chiang Mai, travelers can see diverse landscape near the border with Myanmar. Tropical climate and rainfalls fed what became a thick jungle forest. On the other hand, this sort of landscape opens possibilities to many sports that are unthinkable in flatland Bangkok. 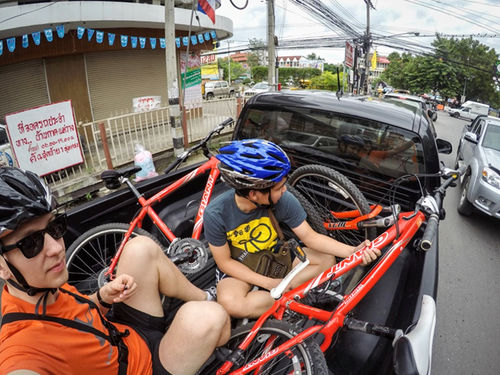 Chiang Mai and what you can do there

It is actually pretty difficult to name all sports and activities you can do in Chiang Mai (the second largest city in Thailand). It is a lot. For instance, you can ride quad-bike, ride down the river, climb, or you can do archery, tourism , or mountain biking. Lets take a moment to explore the possibilities of the latter.

Those interested in mountain biking can choose many options. Either you can go to an agency that would rent you everything – equipment and a guide included – and also give some options of routes. Or you can just set off on your own and only rent a bike. In this case, we advise you to take somebody who knows the area and speaks Thai. 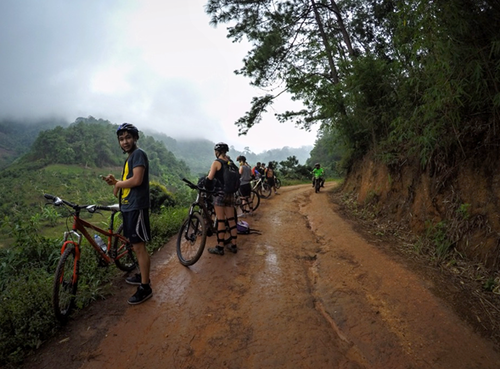 Já jsem se po krátkém zvážení rozhodl pro druhou možnost. S místním kamarádem jsme se vydali na půjčených horských kolech na nedalekou horu Doi Suthep (1676 m n. m.). We took a taxi which got us to the top (it looked like rather a small van). Then we rode only downhill. First couple hundred of meters we rode on rolling terrain which quickly change to muddy one (it started to rain slightly).

I was glad we were not alone when gazing at thick jungle. Occasionally a car or two passed by, later only bicyclist and bikers. Sometimes one had to be pretty quick-witted and brake often when orientating in mud terrain. Front suspension had some hard times. However, beautiful scenery was nice reward..

The mountain road is about 15 kilometers long. It ended at Hui Tuaeng Thao lake. Tired and coevered in mud we stopped for a quick snack and rode back. 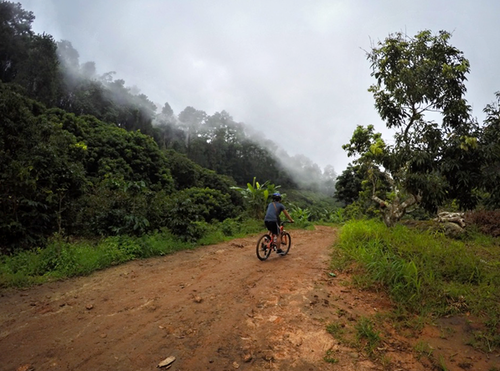 The trip was great. Despite our hands hurt we would still feel in the following days. Such experience makes you realize what mountain bikers and classic road bikers must undergo. Betting on them could be therefore easier. The trail going up Doi Suthep is only one of many. You would have to spend a lot more time in Chiang Mai to find other routers or to try other sports.

Published: 7.3.2017
When talking about Thailand many think of beaches with snow white sand and never ending party in Bangkok. Only handful visit the north of the country and if they usually don't go anywhere beyond the towns of Chiang Mai, and Chiang Rai. The entire north of the country has beautiful mountain ranges, wild nature, beautiful native villages, and best conditions for making a trip by bike. So let visit the northernmost national park in Thailand today - Doi Pha Hom Pok.

Published: 5.2.2019
Approximately 450 kilometers north of Bangkok you will find several unique table mountains, most of which protect national parks. One of the most interesting is Phu Hin Rong Kla, predominantly in the Phitsanulok province. Here you will find the unique rock formations of Lan Hin Taek, to which we are now going together.

Published: 26.2.2019
Let's end the latest series of articles and videos from near-uncharted by tourists parts of northern Thailand to end up in a region that surprised me most of all. In the vicinity of Loei and Phetchabun, you will find beautiful table mountains, beautiful jungles, waterfalls and amazingly nice and hospitable people.

Thailand, Sukhothai – Ancient Ruins of the Capital of the First Thai Empire

Today we look at a once powerful and fabulous city, which has been abandoned for more than 200 ye...

The city of Chiang Mai lies in the north of Thailand and is famous for its many Buddhist temples....