en.infoglobe.cz » SK, Vlčkovce: A Village Competing with a Town  - VIDEO

SK, Vlčkovce: A Village Competing with a Town - VIDEO

Although the settlement of the area dates back to the Late Palaeolithic, the oldest written mention is allegedly a document from 1231, which records the dispute between the villages of Farkašín and Gest (now the village of Hoste). It should be noted here that they received the current name Vlčkovce only in 1948. Until then, they were called Farkašín for centuries.

If we would like to stick to the historians of confirmed facts, the first mention dates back to 1336. Be that as it may, Vlčkovce was an important link on the so-called Czech road and crossed the bridges over Dudváh or the river Blava, as evidenced by the coat of arms. A toll station was established in the then settlement, in the 15th century the village mated to the manor of Šintavský Castle, in the 16th century the Habans settled here and the famous owners of the Pálfi family or Esterházi family became among the later owners. In recent history, the village has been affected by misfortune, both in the form of loss of life in the First World War, later ruled by the Spanish flu, occupied by Hungarian troops and culminated in the Second World War. 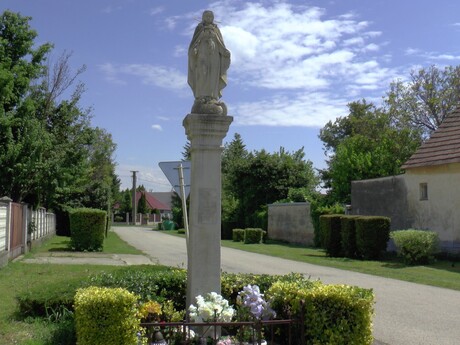 The village is famous for its sugar factory, which has disappeared, but today its spices and products for the meat industry are processed in its area. You will also find the Tarzania theme park, the Workout Park or the seasonal strawberry plantation with a corn maze. As Vlčkovce is located in close proximity to the R1 expressway, their transport accessibility is more than excellent. 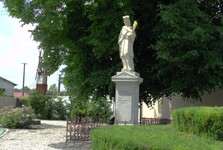 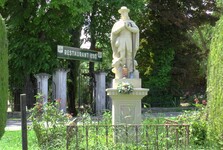 If we move to the picturesque country streets, we will come across several monumental gems. One of them is the Statue of the Virgin Mary from 1928 located at the beginning of the village in the direction from Trnava. A little further (against the primary school) is the Statue of St. John of Nepomuk from 1807. The Statue of St. Vendelín from 1828 is also interesting. 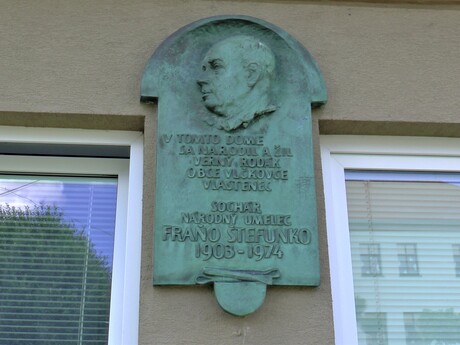 It is definitely necessary to stop at the Memorial Board of the native, important Slovak sculptor Fraňo Štefunek, which is located at his birthplace. This national artist is the author of several portraits of important personalities in Slovak history. 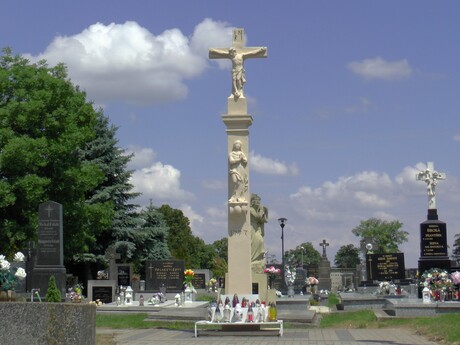 We will not miss a visit to the newly established cemetery from 1777, which replaced the abolished cemetery, located in the immediate vicinity of the church. The dominant feature is the Stone Baroque Cross boasting the "title" of the oldest sacral monument in the village. 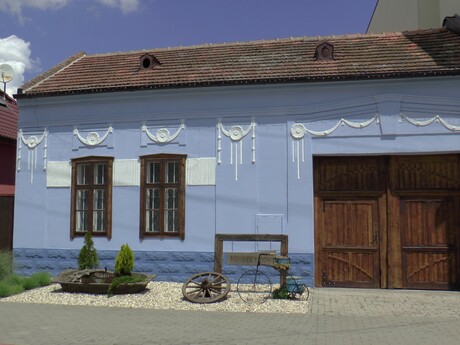 If you would like to learn something about the life of the people of Vlčkov, we recommend visiting the museum exposition in the Country House from 1925. A sort of peak of a walk in the village would be a visit to Church of St Theresia of Lisieux built in 1934. The church took place of an older church some sculptures and paintings of which were moved to the present. In front of the tabernacle is the Stone Cross to commemorate the end of the war and the soldiers who fell in World War 1946. There is also a Mission Cross with the years of missions 1935, 1948 and 2011. 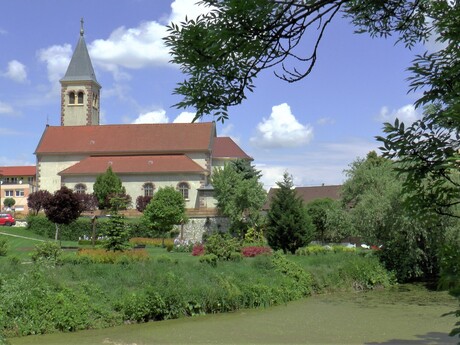 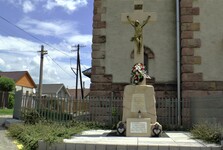 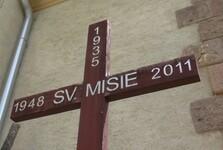 A great rarity in the village is the Water Mill standing at the lower end of the Vlčkovci family, between the church and the sugar factory. The first reports about it date back to the beginning of the 16th century in the so-called Haban times. The last stop should be the former manor garden. It is a magical natural environment of the old castle park with a pond and a playground. Situated here is the already mentioned Tarzania rope park. 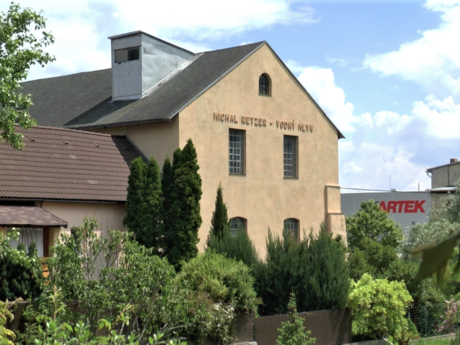 Vlčkovce is a village which, in terms of tourist attractions, can compete with a smaller town, so you should definitely visit it.