The village of Križovany nad Dudváhom is located less than 7 km southeast of the regional city of Trnava, near the river Dudváh. The flat region with high-quality topsoil, the fruits of which brought sustenance, has long predestined this locality for settlement. 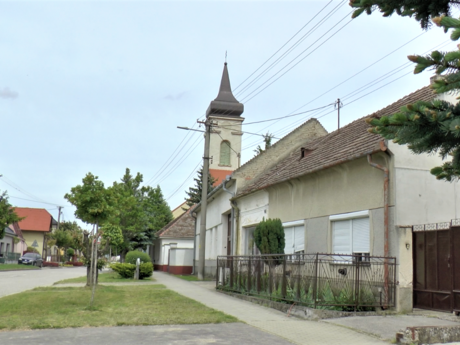 Recently, I have focused mainly on getting to know the villages around Trnava, and even today it will not be different. By personal train from Trnava I got to the railway station in Križovany na Dudváhom. I take out from the bag an orientation plan that I prepared on the eve of my trip. About nine sacral monuments await me, which I want to present to you in the following lines. You will see a beautiful rotunda, several statues of saints and the Church of the Exaltation of the Holy Cross will not be missing. Welcome to Križovany nad Dudváhom! 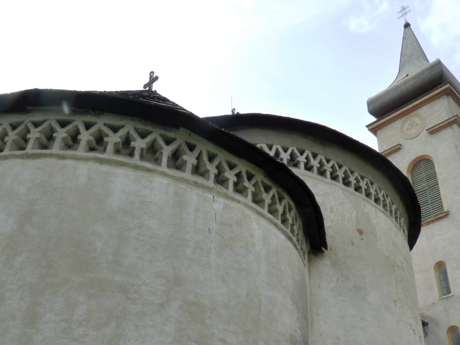 I admit that I really like churches because of their visibility from a distance. They are an excellent landmark for wandering around towns and villages. On the way to the local church of the Exaltation of St. I first stop at the cross at a small crossroads, where there is a statue of the Virgin Mary with an inscription below it, from which you read that it was built by the honest widow Mária Horvat and her son Jozef in 1868. However, this seemingly interesting monument was not very successful. , more importantly, it is a historical reference to godly ancestors. At present, this effort to leave behind a statue to protect the community or individuals is slowly disappearing, which is certainly a pity. 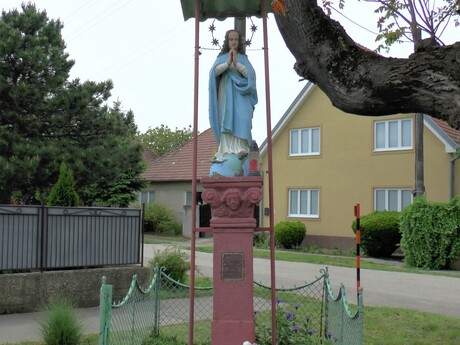 In Križovany there is also a Statue of St. Joseph with the inscription - Saint Joseph pray for us! The statue was donated by Juliana Bošácká in 1935 and is located in a metal enclosure at the bus stop. I walk next to the building of the Roman Catholic parish, from where the church tower is already in the background. 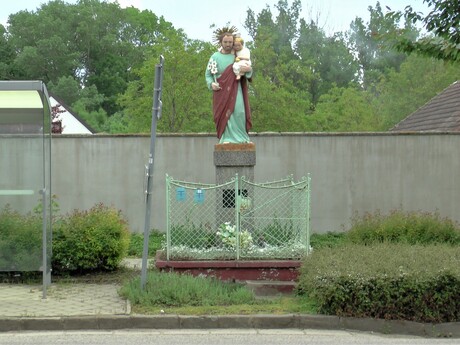 I can't help but remember that across the road from the church stands a huge statue of St. Florian from 1896, the patron saint of firefighters and rescuers. This statue is also nicely colored and the saint looks at it like a sporty beauty. 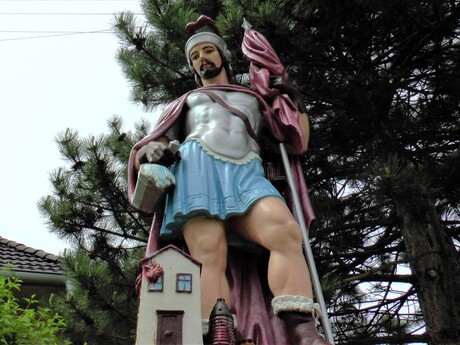 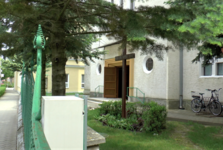 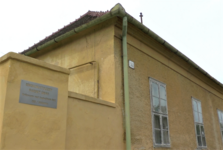 For now, however, I will focus on the dominant feature of the village, namely the three-nave Baroque Church of the Exaltation of the Holy Cross. It represents the type of church that was built in Bohemia, Moravia, Hungary and Austria. The antiquity of the village and the church is pointed out by its consecration of St. Cross, documented by a document from 1296. In 1937, the original church was demolished and a larger one was built with the preserved Romanesque Rotunda of the Exaltation of the Holy Cross. This part dates from the 13th century, so it is a very valuable architectural monument. It was given the function of an adoration chapel and a place at the eastern mouth of the northern side nave. 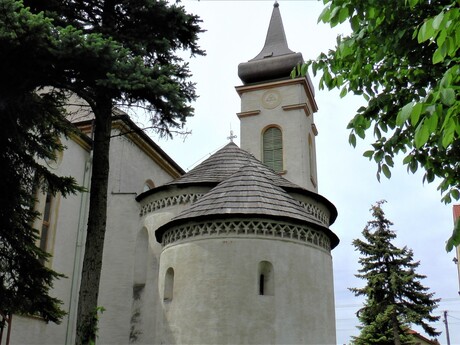 In addition to the Main Altar, there is one interesting thing in the interior of the church, which is the cross placed on the side pillar. It was brought as a memorial to the pilgrims from Jerusalem. On the sides of the cross are blind niches and cabinets, in which are stored small symbols referring to the passions of Jesus Christ. Is there e.g. crown of thorns, part of the robe of Christ, imitation of nails and similar things related to the Way of the Cross and the crucifixion of Jesus Christ. 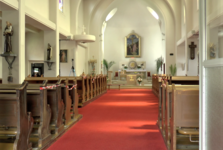 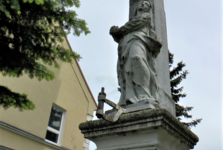 In front of the church is the Stone Cross from 1778. The cross is artistically reworked and above all there is a statue of the Virgin Mary. Above him is the crucified Jesus Christ. On the right side of the church there is a wooden Mission Cross with the years 1890, 1934, 1949 and 2011. 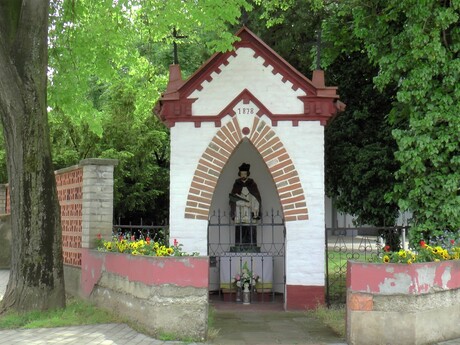 Nearby is the Statue of St. John of Nepomuk in a small chapel set in the wall of the cemetery. While visiting the place of worship, I was attracted by the Main Cross from 1782 and the modernist House of Mourning. The cemetery also has a monument to unborn children. 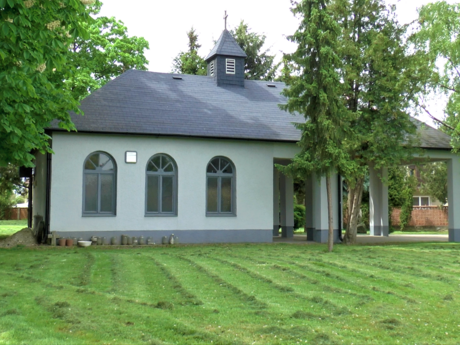 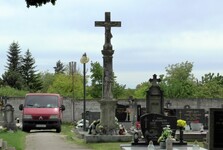 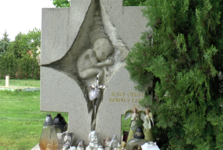 The village of Križovany nad Dudváhom together with its monuments will surely please many visitors looking for a peaceful rural atmosphere paired with history.

Published: 31.7.2022
After a short time we will visit the town of Sereď again. This time we will introduce you to an authentic place related to the tragic period of the solution of the Jewish question in Slovakia during the Second World War. You may have already guessed that this place will be the Holocaust Museum, which was established in the premises of the former labour and concentration camp in Sered.

In today's video, we will introduce you to an authentic place related to the tragic period of sol...

The town of Sereď is located in the southwestern part of Slovakia on the right bank of the river ...