The village of Obecnice is situated in the valley of the Obecník brook about five kilometers from Příbram and is mentioned for the first time in the 14th century. It was probably created by an important trade route connecting Příbram with Zaječov and Komárov, which overcomes the main Brdy ridge. Thanks to its location on the edge of the Brdy protected landscape area, it is an ideal place for exploring this area.

Although the water reservoir is officially named Vodní dílo Obecnice, none of the locals tells it differently than Octárna, according to the pond that used to stand here. The reservoir originally served as a reservoir of water for the municipal smelter, today it supplies drinking water to Příbram and adjacent municipalities. The name Octárna dates back to 1848, when iron production was interrupted for a while and a small vinegar factory was launched under the pond. The name of the pond fits quite well, the streams bringing water to the reservoir flow through the wooded area and the water in the reservoir is thus relatively acidic. For drinking purposes, it must be treated, not even fish thrive here. After all, fishing and swimming is forbidden. 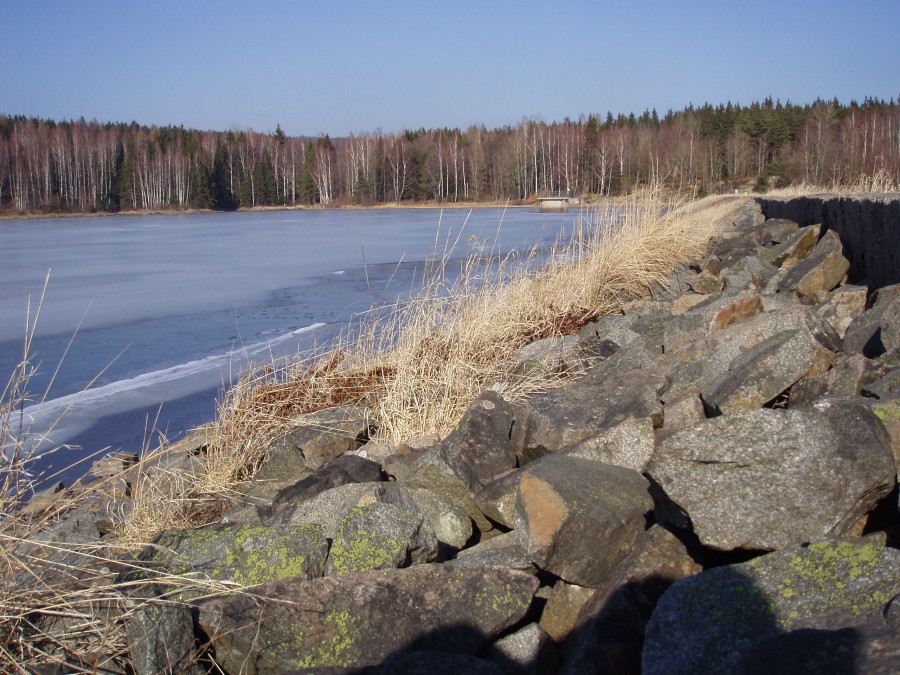 The reservoir is best reached from the village square. There is also a bus. From the stop, head straight past the inn along the local asphalt road from which you turn left at the first junction. The asphalt road will lead you directly to the gamekeeper's lodge standing by the water tank. 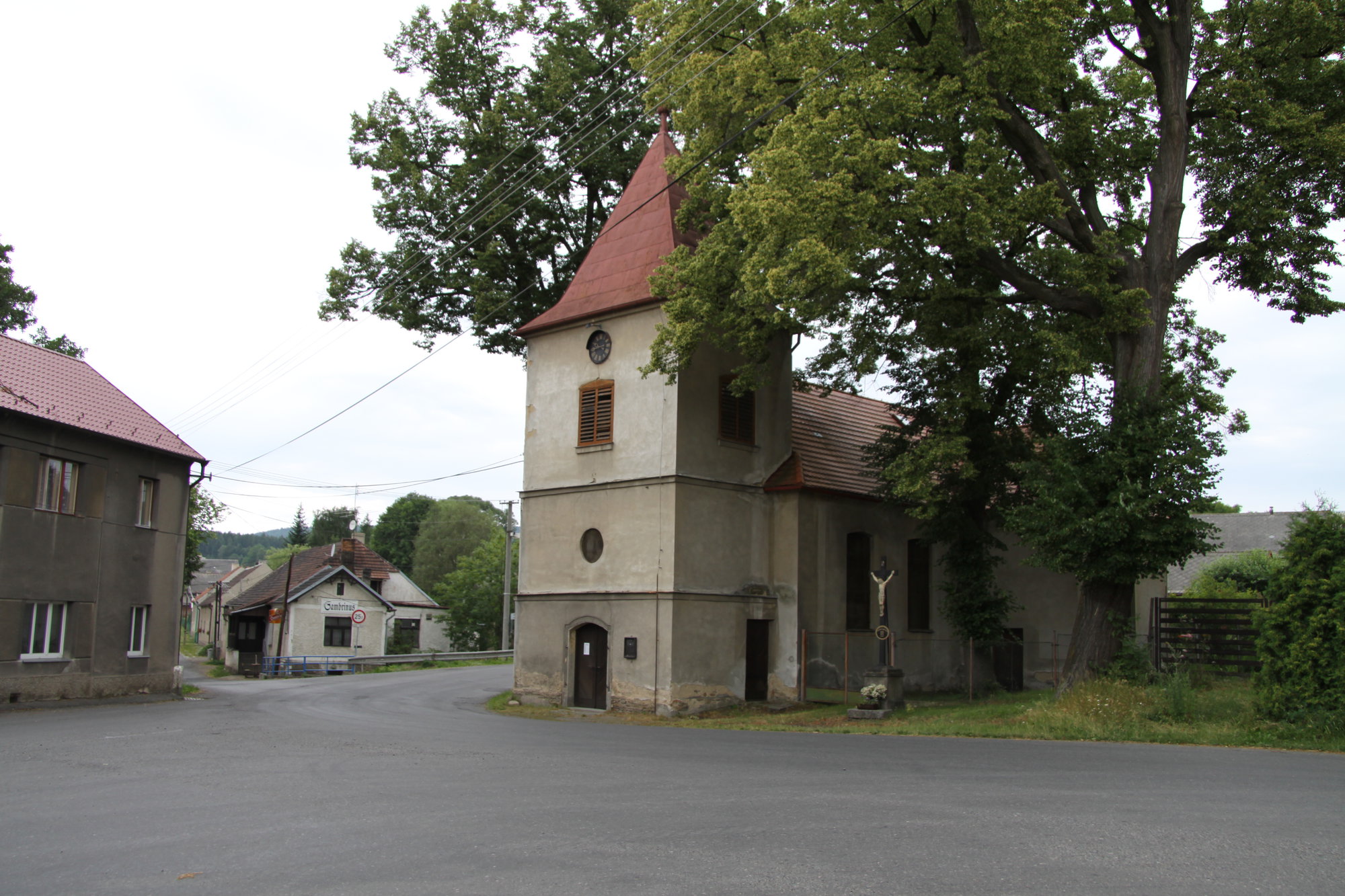 A Memorial to Guerilla Fighers and a Shelter

The nearby village of Osec is part of Obecnice. In the forest above the village we can find a memorial to guerrilla fighters and a shelter. If you don't know about them, it's not that easy to find. The best way to get here is from the crossroads Pod Malou Třemošnou. From here you go straight on the unmarked forest path (Fabián's nature trail should follow the trail, but the marking is sparse and easy to miss). After that, you will reach the intersection of forest paths to which you turn left and after about twenty meters you will set out on a narrow path. Then you get directly to the monument, a guerrilla shelter is just a short walk away. The shelter was built by a group of guerilla fighters, which was also assisted by the local gamekeeper Mikulka. The Gestapo sentenced him to death and deported to Terezín, but he lived to see the end of the war and returned to the local gamekeeper's lodge. He worked here as a gamekeeper until the end of the 1950s. A stone monument commemorating the work of all the local guerrillas was unveiled shortly after the end of World War II in September 1946. 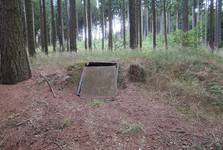 From the monument you can either return to the crossroads Pod Malou Třemošnou, or go back to the forest path from which you left and continue straight. The path leads along the hillside of Malá Třemošná, passing a tree with a picture of the Virgin Mary, and finally joining the green sign leading to Kazatelna.

The forest amphitheater Skalka in Nový Podlesí is another interesting place. The village lies on the road leading from Obecnice through Oseč towards Staré Podlesí and Příbram. Local amateur actors regularly perform here in summer, folk festivals are also held here. On the village square in Nový Podlesí you can drink from a miraculous spring protected by a roof. From Nové Podlesí you can walk along the local road to Starý Podlesí, from where it is just a short walk to Březové Hory. You can also visit the local brewery at the village square in Starý Podlesí. 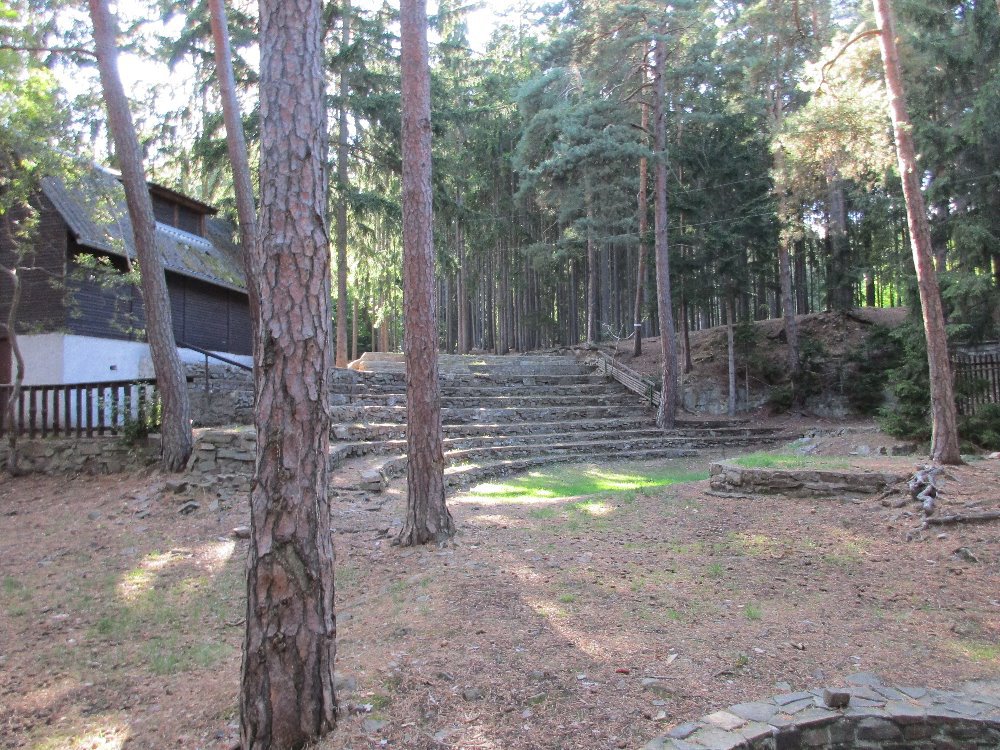 However, you can also go back from Staré Podlesí via the yellow tourist trail through the U Bílého Křížku crossroads to Orlov. From here you can continue by bus to Příbram or extend the trip and go to nearby Lazec or Kozičín. If you choose the last option, you will pass the rock formations on the left side of the road, which the locals call Kozičínské skalky (rocks). 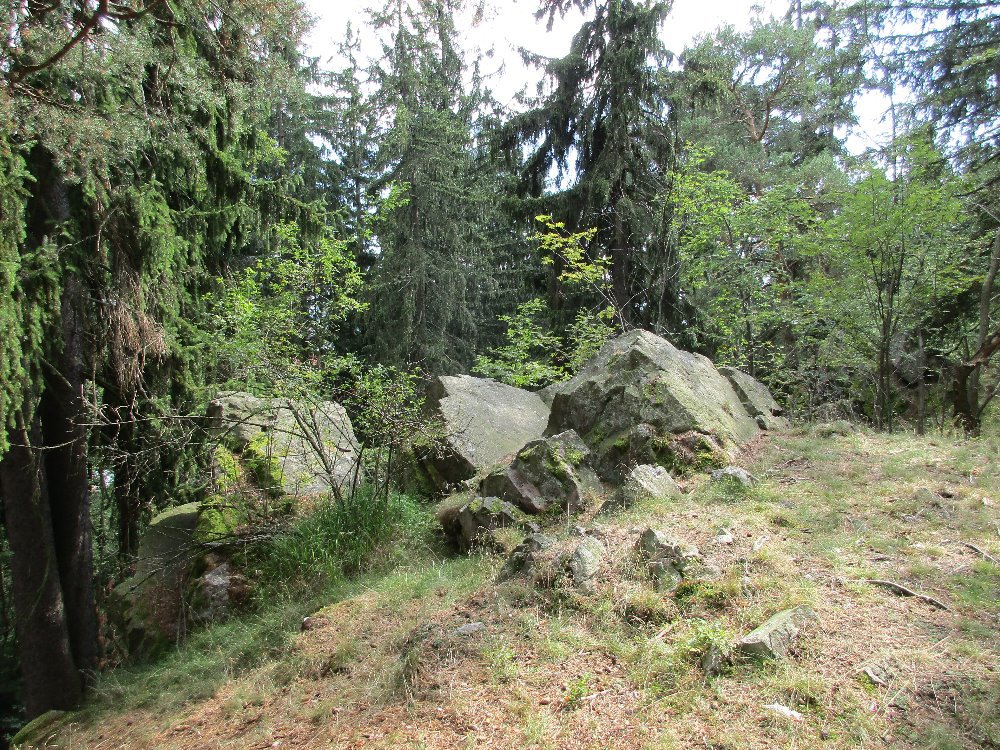