en.infoglobe.cz » CZ: Brdy, Plesivec – Up to the Olymp of Brdy 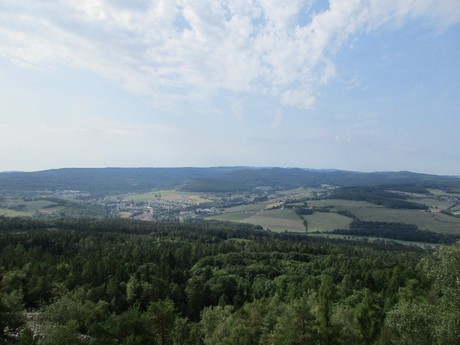 Archeological excavations revealed remains of a stronghold probably founded by the members of Knoviz culture thriving in late Bronze age. Many Bronze artifacts were found here in the early modern age but most of the got lost. Bronze things were regularly given to children or blacksmiths bought them and added to iron. The stronghold was situated in considerably high altitude in midst of wild forest. However, there is significant probability that it was not permanently settled. Rather it was a temple or a place of worship or place where bronze craftsmen met. 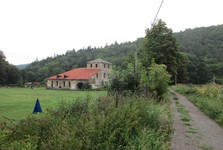 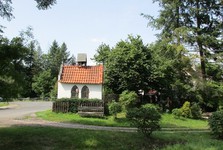 The Monsters and Deamons of Brdy

Many interesting trails run to Plesivec. Horovice, Rpety, Lochovice or Hostomice can be your point of start. You may park your car anywhere around here or you may travel there by bus or train. Jinec is also close and from here runs Z Jinec na Olymp Brd nature trail. Plesivec is veild in many legends and it is home to many mysterious creatures and pagan gods. Pan Fabian, the lord of Brdy, often comes here. He resides

on Velka Baba nad Hostomicemi hill. Also, the snake queen who rides a white deer through forests. On St John's holiday, witches gather here and sometimes even a dragon comes to here from Konicek hill situated opposit to Velka Baba. There is a legend related to Certova Kazatelna vantage point which tells a story of the devil who cursed local sinful town.

The nature trail starts at Jinec train stop. The trail then pass the birth house of violonist Josef Slavik, and Barbora iron furnace. This one is the only structure of its kind in Europe. Passing Peovak pond, the trail runs to place known as Vinice (vineyard), a site rich on finding trilobites. Then the trial goes through Berin village, Klinek crossroad, passes the tomb of the unknown freedom fighter, and goes to Plesivecky Viklan, a stone situated at the edge of a debris field. Tourists like to raise stone towers here. Unfortunatey, the debris doesn't move at all nowadays. 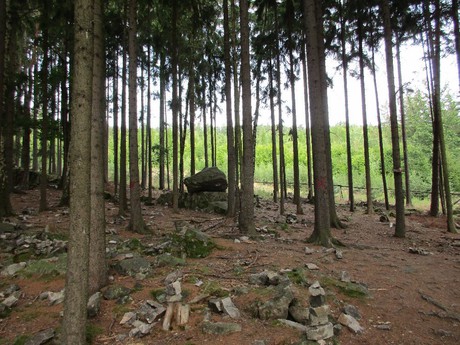 We can reach emerald lake by getting off the nature trail and then following a yellow marked tourist trail for about 1.5 kilometer. The lake is actualle a flooded stone quarry. In spring, the water in it gets emerald tone. There is another way to get to the lake.From the top of Plesivec hill. Here you would follow a green tourist trail which gets you to Nad Jezirkem crossroad.  In case you made a trun off the nature trail going to the lake we then follow a green tourist trail going uphill. After 1.5 kilometers of hike we reach this legendary mountain. 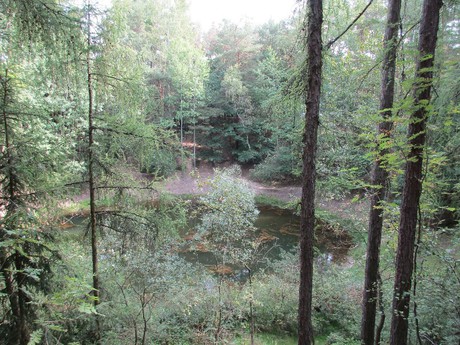 The Vista over Brdy

Leaving Certova Kazatelna situated on the top of Plesivec hill offers an amazing vista over the Jinecko region as well as Horovice. Also, you may see the Brdy mountains and their highest mountain - Tok. There are three distinct major ridges, especially Konicek. A rocky platform on the top of Plesivec. It resembles a stone sidewalk with a sea of stone under it. 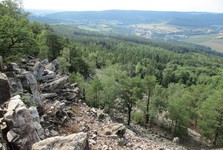 The nature trail runs to Rejkovice. It passes the location known as Stara Vrata (Old Gate). Formerly, it was a gateway to a Celtic stronghold. Then the trail goes steeply downhill and runs around Masne Kramy location. It was this place which cattle stealing bandits used as their hideout. They then took the cattle to Plesivec where they slaughtered it. When going from Rejkovice, the trail the goes to Kresin and ends in Jince. Should you find yourself, take a train at Rejkovice. The village is situated on the train line between Zdice and Pribram.