Brdy isn’t a deserted land, however. The army usually moved by wide, straight asphalt roads – great thing if you have a bike. People who prefer taking walks will appreciate the forest. However, it is not recommended to go far away from the roads until the end of 2017 for the area must be cleaned from unexploded shells. We can only hope that the areas which have or have not been cleaned will be marked appropriately. However, it is hard to imagine devoted mushroom pickers, or tourists observing thick forests of Brdy from afar. 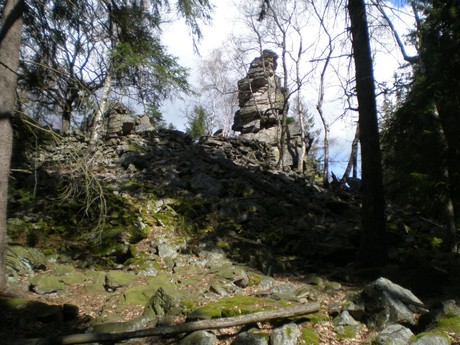 If you can’t wait until January 1, 2016, there is possibility to sneak peek already as the outer rims of the territory are open to the public (during weekends and on holidays). One such place is the ruin of Valdek castle to which the best way leads from Komarov u Horovic. You can drive down to Nerezin, a small town with survived timbered cottages and a chapel. 200 years ago locals made living by making charcoal for ironworks in Komarov famous for producing items of high artistic value. A cross symbolizing this territory is placed in the front of Nerezinska chapel. It takes a 2 km walk slightly uphill to reach the castle. It is an easy walk even when pushing a stroll, or being on a wheelchair. However, there aren’t any adjustments at the ruin for handicapped rather it is very dangerous there as the walls aren’t reinforced and the castle hasn’t been taken care of. 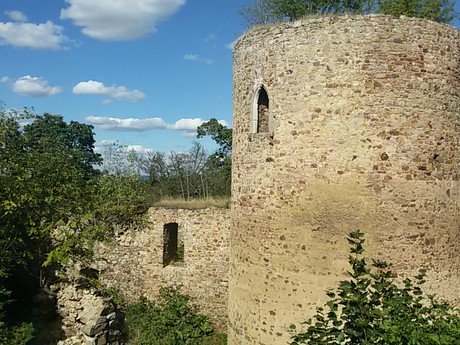 A deserted ruin already, the castle was renovated in the 18th century according to the then modern vision of the romanticists. Even K.H. Macha dreamed there and planned to set the story of some of his later novels there. Patriots like Josef Jungmann, Karel Jaromir Erben, or Bozena Nemcova made trips there.

The yellow tourist trail doesn’t end at Valdek. You can go further down the trail to Podluhy. Then by following an almost deserted road you can return to Nerezin which is already outside the military compound. This trip is great if you ride bike despite the road is not going on flatland only. Once you get to its final section around Hvozdec town the terrain rises slightly. Zaskalska water reservoir is a great place to refresh your body in summer heat. 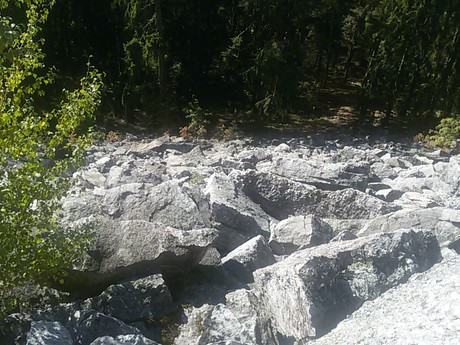 Should you plan to hike to the soon to be opened Brdy right away mind the fact that there will be no cellphone signal. In case you don’t have an offline map it can be an unpleasant surprise to navigate yourselves there. In case you can get lost even on marked trails I have no advice for you. I have the same problem.