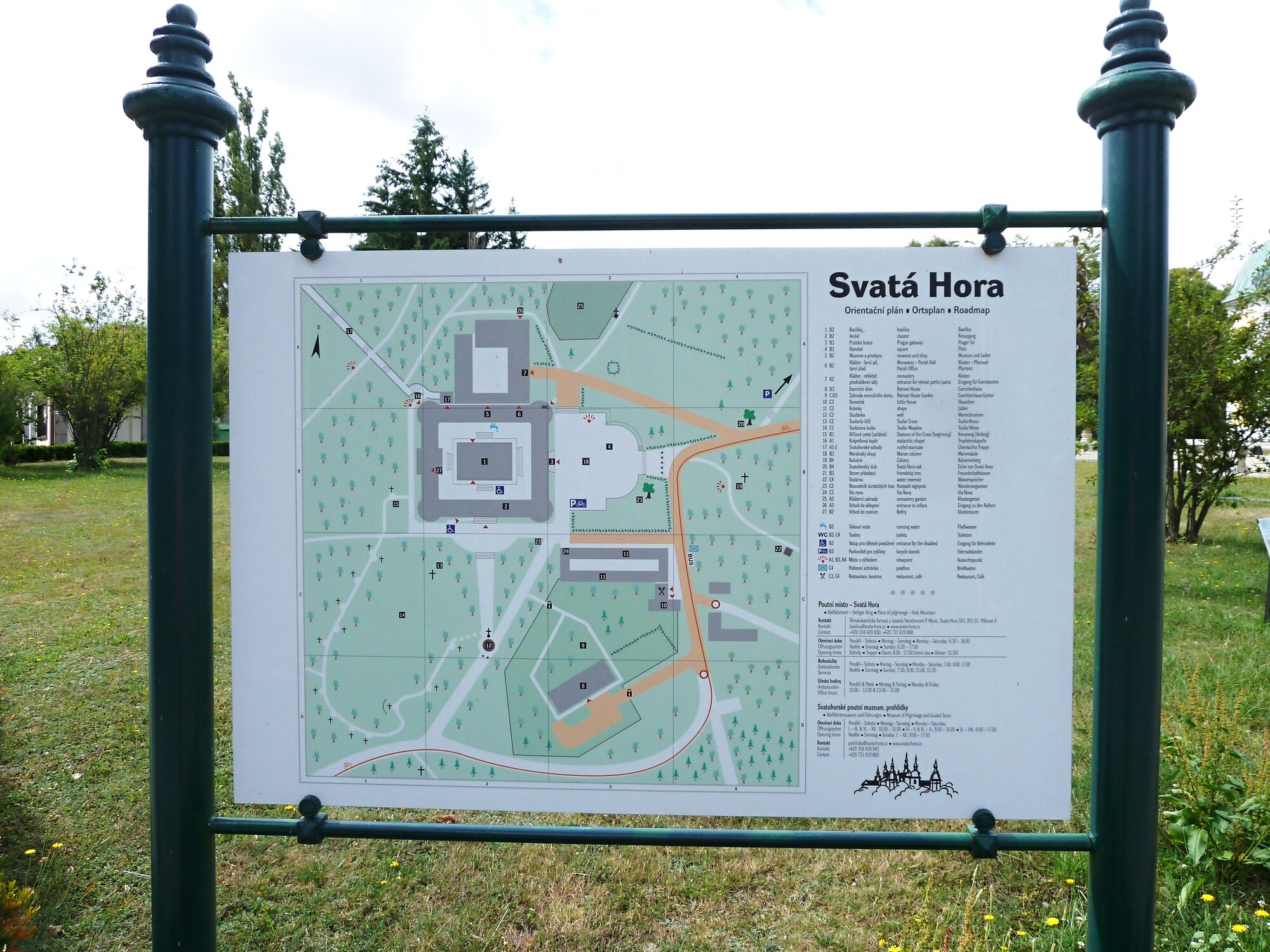 You can go to the Holy Mountain in two ways. Either from the paid parking lot by the alley around one of the oldest trees in Bohemia - St. Wenceslas Oak, which is older than the basilica itself and its age is estimated at 400 years, or by a covered staircase directly from the city. The 400-meter-long staircase dates from the 18th century, but was preceded by wooden and uncovered stairs, which the locals set out on to Holy Mountain even in bad weather. The old oak and its predecessor, which grew up here since the 13th century, are associated with a legend, which you can read from the information board. 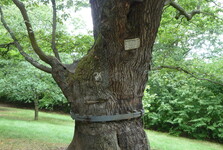 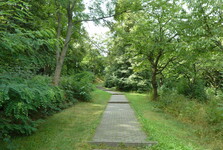 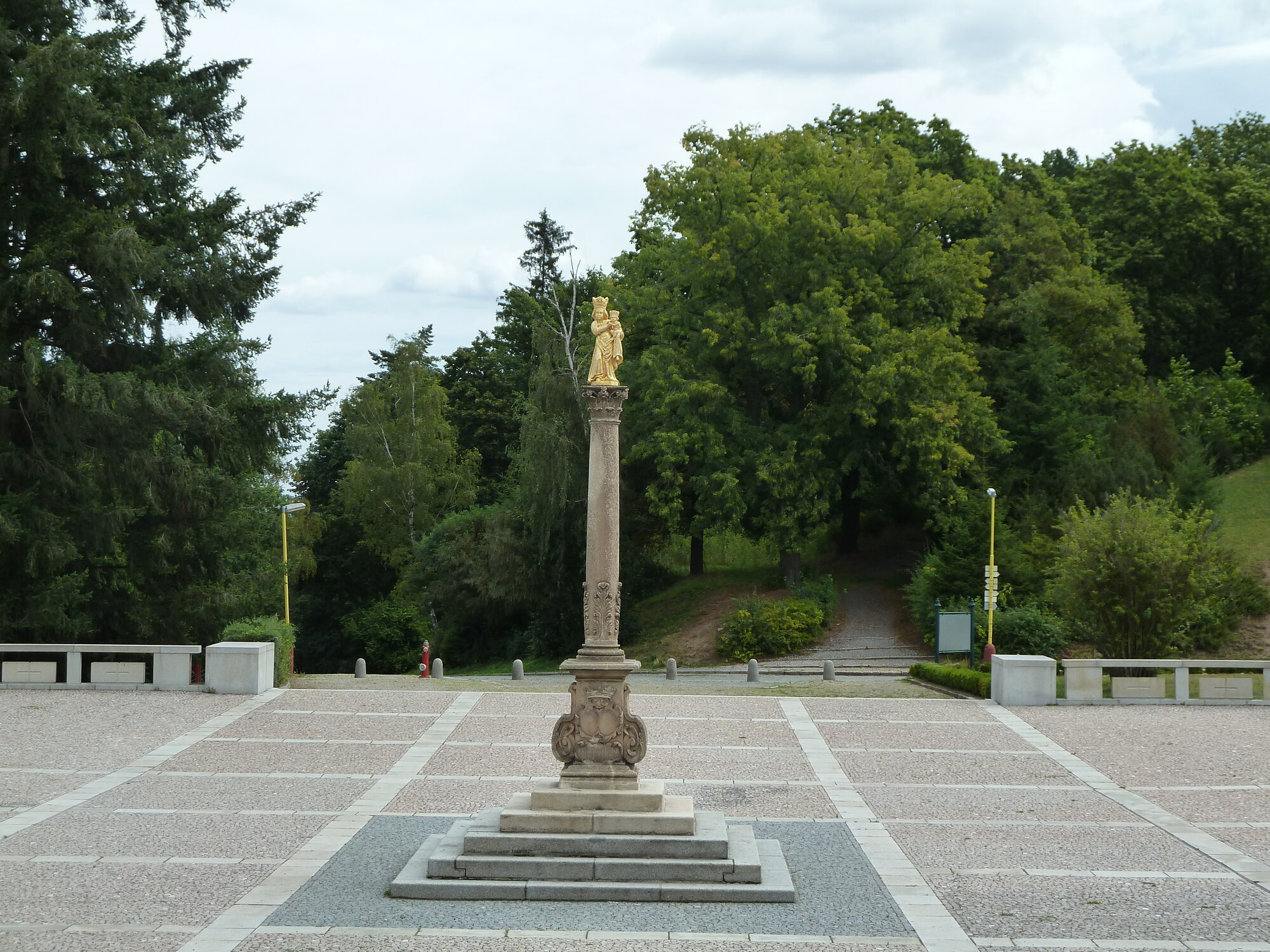 In a large area in front of the basilica, you are welcomed by a statue of the Virgin Mary of Mount Athos on a stone pillar. From the period photographs it is clear that even such a large space was not enough for pilgrims. The main entrance to the basilica is considered to be the Prague Gate. As you pass, you can see the coronation chapel and behind it is the central basilica of the Assumption of the Virgin Mary, which is accessible from the sides. The central Marian shrine has been renovated and decorated over the years. There you will also find the original Gothic wood carving of the statue of the Virgin Mary of Holy Mountain, which is dressed in jewels and gold-decorated dresses for various occasions. Her wardrobe is said to be quite numerous. 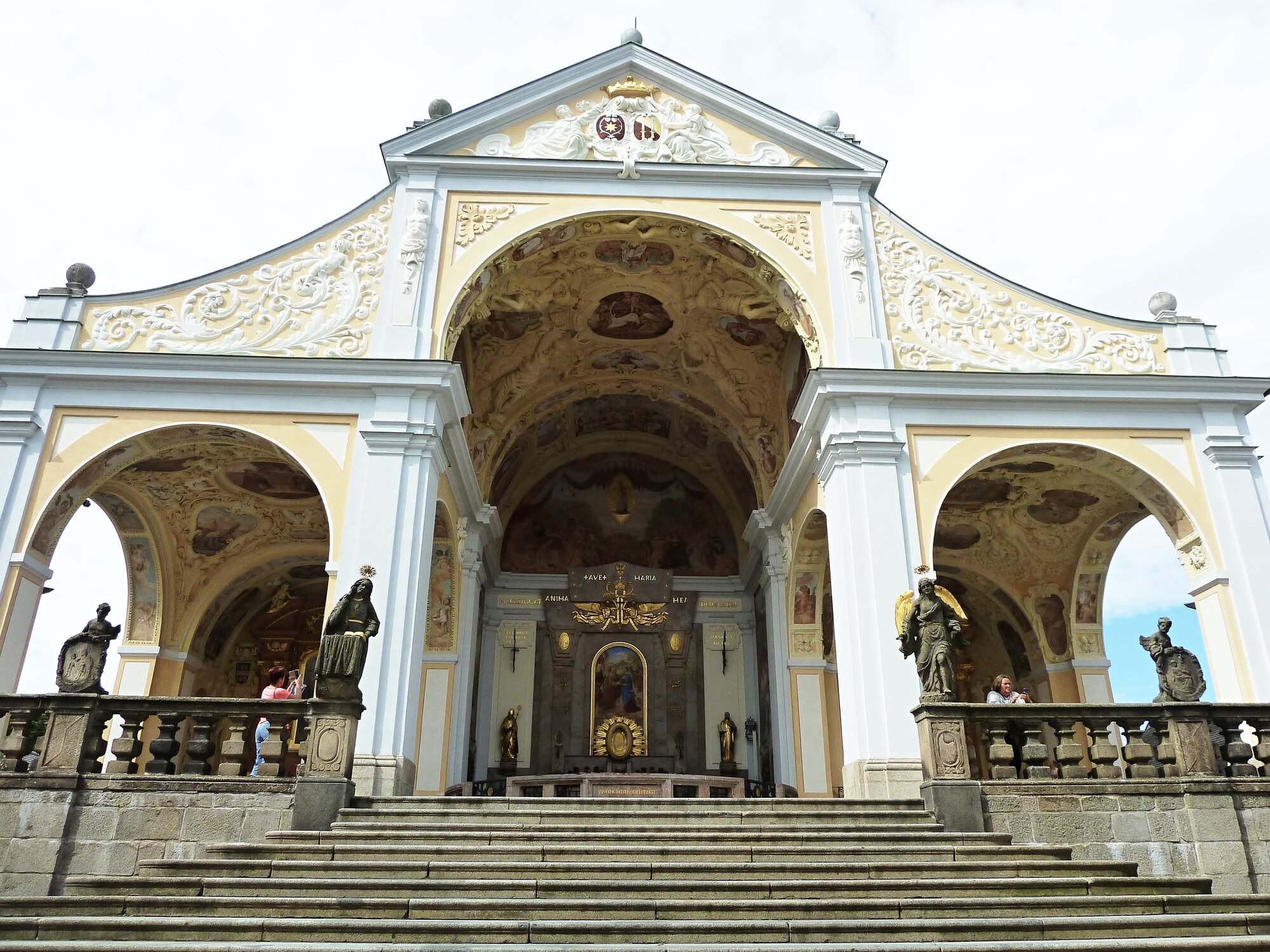 The chapels, the core of which is a medieval church, are on an elevated site and the whole area is surrounded by open corridors (cloisters). The vaulted ceilings of the corridors are decorated with paintings depicting miracles and misfortunes, the walls are decorated with lunette paintings depicting the history and legends of the Holy Mountain. The cloisters give the impression of spacious walls, which are to protect the inner chapel. They have a rectangular floor plan and in each of the corners there is another chapel. Only the chapel of Mary Magdalene can be found directly below the Pilsen Chapel. You can get to it by the mentioned stairs, you just can't go down to the city. Inside the chapel is a stucco decoration with artificial stalactites. 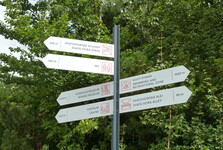 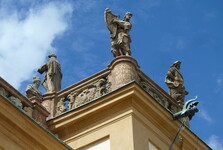 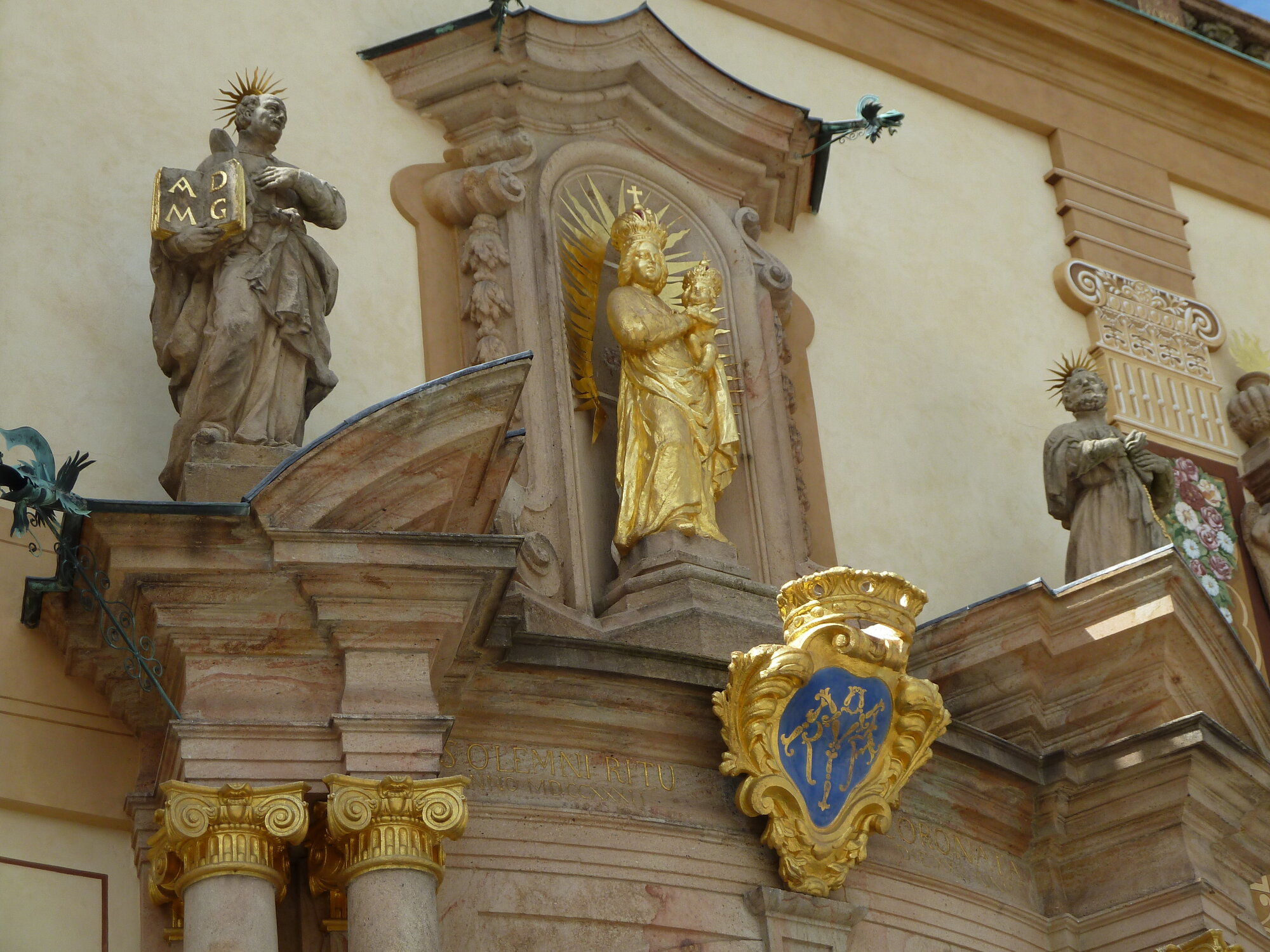 You will find the visitor center to the right of the Prague Gate. Admission to the tabernacle is free, paid with a guide, who decides to tour only with printed material, pays 50 CZK. The chapel with Mariánská studánka, unfortunately now without water, can be found just like the outdoor Stations of the Cross in the forest park near Svatá Hora. The Stations of the Cross with simple crosses without paintings, about 800 meters long, leads through a linden alley and leads you to the black cross of Pater Toufar. Barrier-free entrance for the disabled is the Březnice Gate from the Black Cross. Photography is prohibited in the entire area. 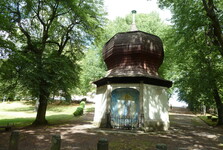 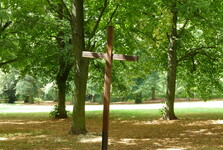 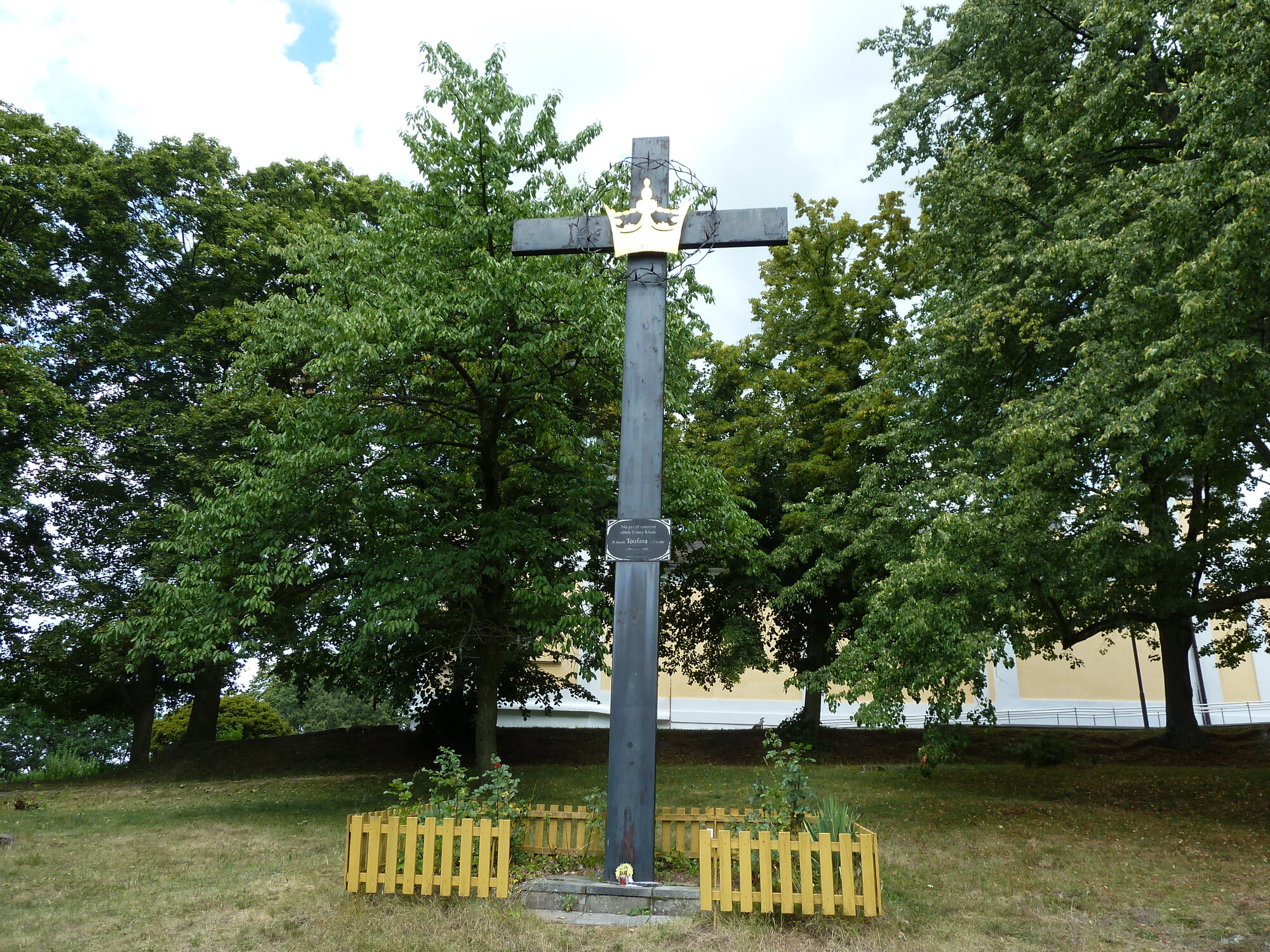 In earlier times, the chapel on the Holy Mountain served mainly for the inhabitants of Příbram, in 1905 it was promoted to a basilica by the pope and in 1995 it was declared a national cultural monument. Souvenir shops are located to the left of the main entrance. 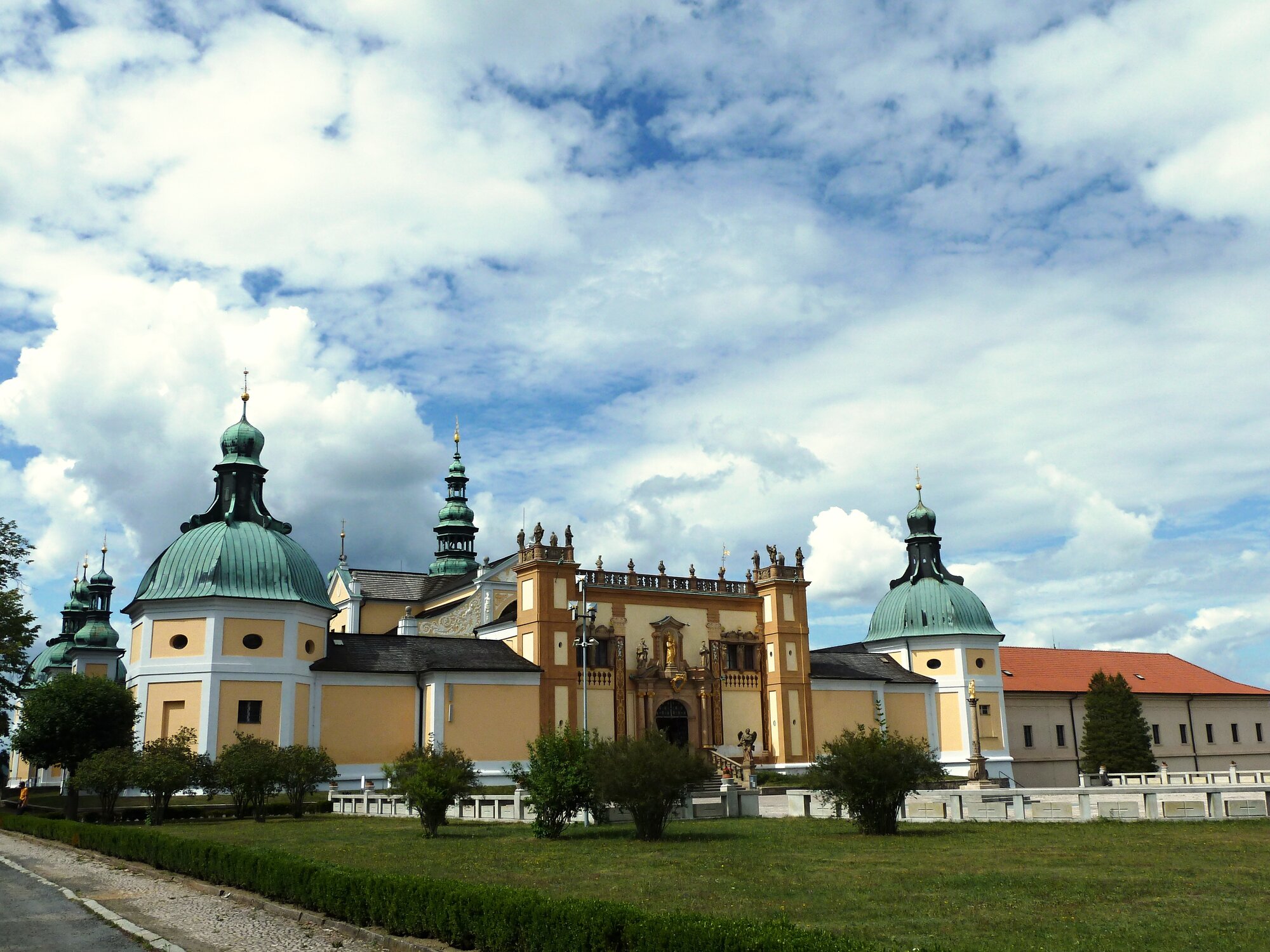