The village of Bacúch was known and visited by many during the times of the Hungarian empire. It was not only because of its picturesque nature but also because of the mineral spring that emerges here. It is located behind the village of Bacus Valley, more precisely at the gates of the local Tajchu. The access road to the spring leads from the parking lot at the end of the road, where you will just walk along the forest road. 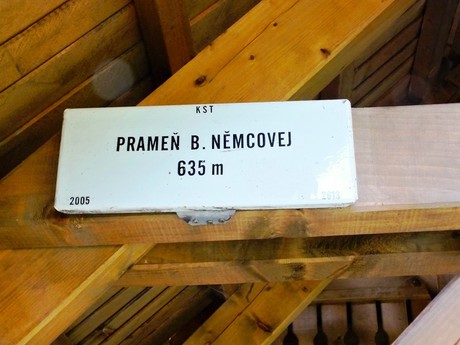 The spring was discovered in 1813 by Berger Heider, the councilor of the mines. The spring table characterizes the spring water as medium mineralized natural water, hard, slightly acidic (pH 6.1), earthy taste with a higher iron content. The water from the spring is cold, it is 6-11.5 ° C and the local is called Acid. 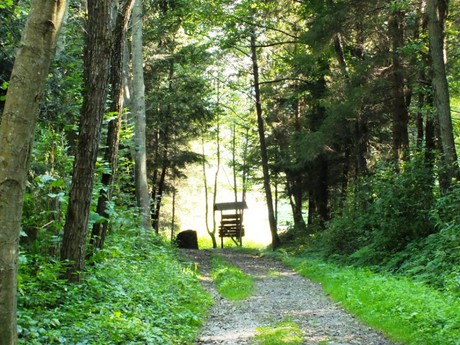 Water from the spring was once used in the baths, because its effect was manifested mainly by harmonizing the internal environment of the human body. To a large extent, local environment and fresh forest air contributed to this. In the 19th century, even a small spa was built there, which was used by the famous Czech writer Božena Němcová for relaxation and healing. For this reason, on the occasion of the 100th anniversary of her birth, the spring of 14 October 1962 was renamed to the spring of Bozena Nemcova. 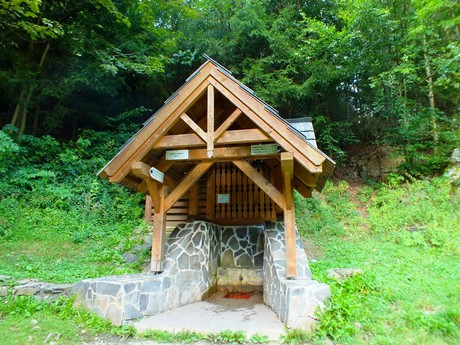 The writer also treated her sore soul in the society of ordinary people who inspired her, and described her experiences of residency in the work of Chyza Pod Horami (A Cabin Below the Mountains). The romantic wooden "cabin", where she slept, still stands near the spring. Unfortunately, the public does not have access to it because it is privately owned.
Bozena Nemcova came here accompanied by a doctor and writer Gustav Kazimír Zechenter-Laskomersky, who also described Bacau mineral water in his work Fifty Years of Slovak Life. The author of geology in the book also considers the consequences of building a close secret on this mineral water. 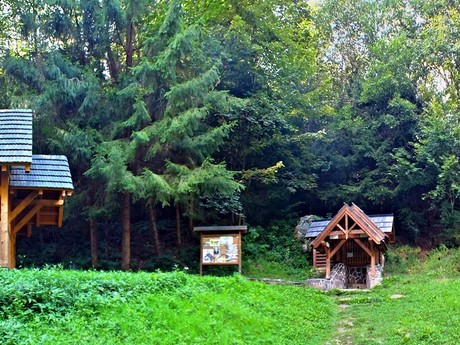 Now there are no memories here, except for the water. It never frosts and does not dry out. The locals or visitors take bottles to fill them up with this water. In the past, mineral water was filled and sold in closed bottles with a label. However, we want to alert you that if you have a more sensitive throat, beware of it because it is really strong. 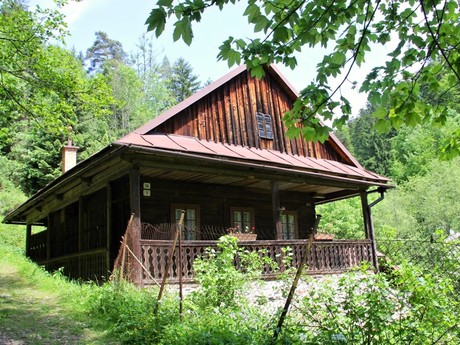 Near the spring, just a few steps through a forest footpath, you discover in the womb of nature remarkable remnants of the waterworks. The Bacussky tajch was used to increase the flow of the river Hron as the wood descends. The surrounding forests provided a lot of wood for the development of the forestry, but its handling and transport required a sufficient amount of water. The mining chamber in Austria therefore submitted an application in 1858 to build a dam on Bacúch, which would be used for woodworking. The Tajch was completed in 1896. 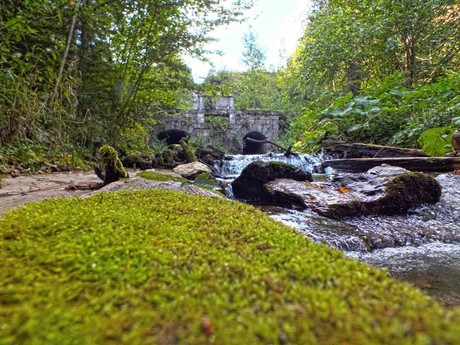 Bacúch was the first major station on the Upper Hron. The dam was filled in 2 to 3 days. Twelve to sixteen logs left wood rafts here, which brought a wooden load to Banska Bystrica in 3 to 4 hours. 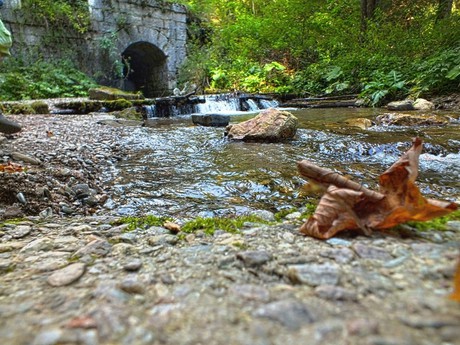 At the top of a massive, nearly ten meter high dam made of stone, there stood a building for social purposes in the 1990s. From its unique atmosphere, which radiated the magical nature of the building, nothing was left. Remembering this part of history is just the spiral staircase leading to the gutter of the dam and rising down at the creek. You can also find the boards on which they stood as woodcutters. 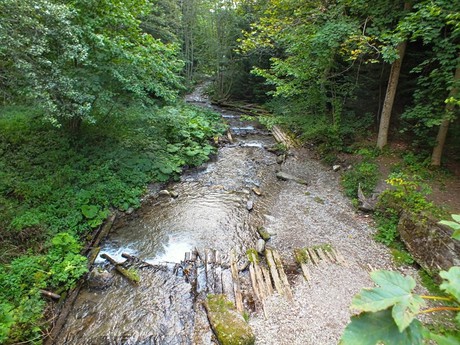 Although this place has lost some of its glorious past, it is worthwhile to visit it not only because of its water, but also because of the fresh air from surrounding forests. Here one really will feel that the most beautiful trees and nature itself are on Horehroni region.