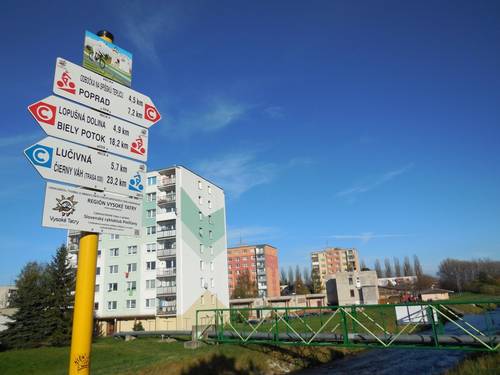 The marking lead us to a bilingual infoboard saying Nature trail of Kimbiark, Red Colony. It informed us about the fact the town was established by Bata company as well as family houses blocks that were used (and partly are even today) by workers from nearby factories. The name Red Colony comes from the material used to built the houses, brick. Next we learned that his type of construction Bata applied in any country his company did business. He cared about contentment of his employees. Hence, we couldn’t wonder that towns similar to Svit are, for instance, in the Czech Republic, Poland, Hungary,  or remote France. In Slovakia , architecture similar to Svit’s is in Partizanske that used to be called Batovany. The house architecture is usually a duplex with its own yards. Streets are separated with green lanes. People living in such houses cannot built their own adjustments, breed chickens. As it was a infoboard to the nature trail, we knew there must be a beginning and an end. 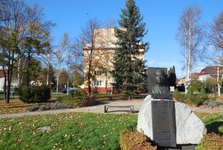 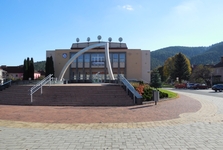 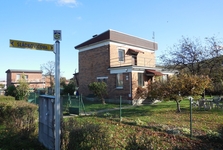 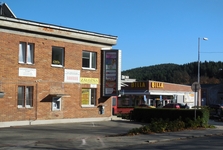 After pleasant wandering, we encountered a local that gladly explained us that the nature trail begins near the elementary school in Svit. It then continues through the historical core, where we saw it as well, and then continues to Podskalka, the across Bôrik Hill to Mengusovce. Should we take the path it would “show” us excavation sites, the High and Low Tatras panoramas, local fauna and flora, geology, dendrology, and even a theatre. As we did not have tourist clothes, we continued in getting know the town. 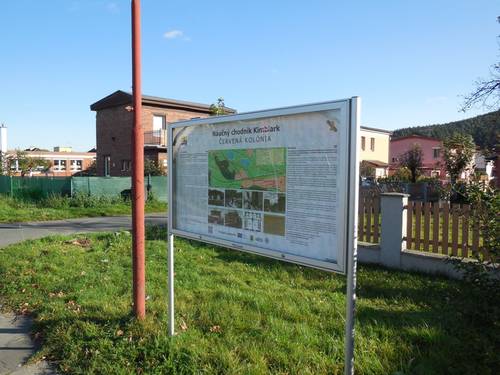 We made a tour in a massive, red-grey store and hotel, renovated bus station, a park with a statue of Tomas Bata, or part of the Chemosvit factory. It was interesting for us that almost all buildings sticked to the “brick” character of the city, even a supermarket. We arrived to the municipality. From there, a road went over the Poprad river to a bike trail connecting the town with the city of Poprad or Lopusna valley and Kvetnice on the foot of the Kozi Ridges. While walking along the trail we enjoyed beautiful bushes crowded with rosehips. Suddenly we saw wooden buildings. One of the looked like an observation tower, another was a restaurant. Near this farm there were other wooden buildings with children’s slides. Couple of meters further, we passed by a swing. Tatranian panoramas allured us all the way. 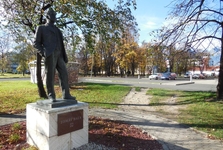 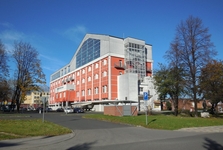 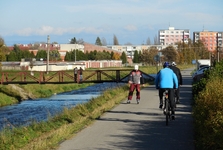 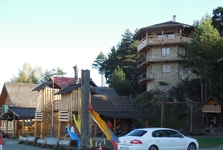 Soon we found out that we walk on the riverbank of John Paul II. On the right side, there was a cemetery and two churches. One was a Roman catholic, the other Evangelical church within Augsburg denomination. A house of sorrow was behind. All these buildings created the so-called Spiritual Center including Jednota Square. At least locals call it so. We moved to the pool house where local brewery is situated. As we traveled by car, we couldn’t taste its products. Perhaps another time. We returned satisfied to a place where we started our autumn walk. 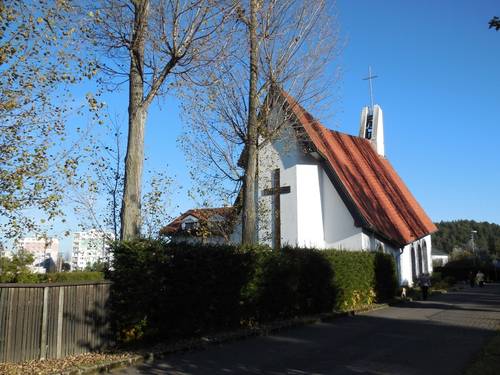 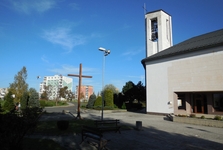 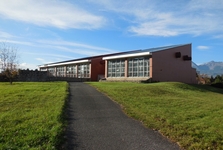 Svit surprised us by its picturesque character, clean environment, quiet, and beautiful nature around, or mountain panoramas. If you pass by sometimes, you should definitely visit it. 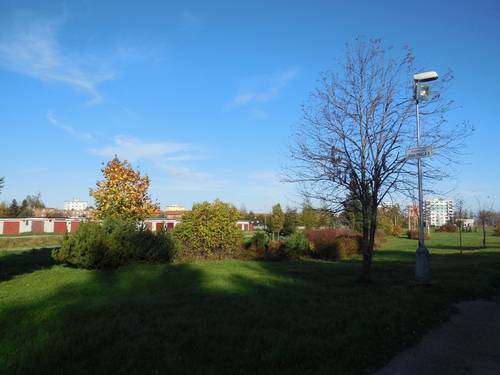