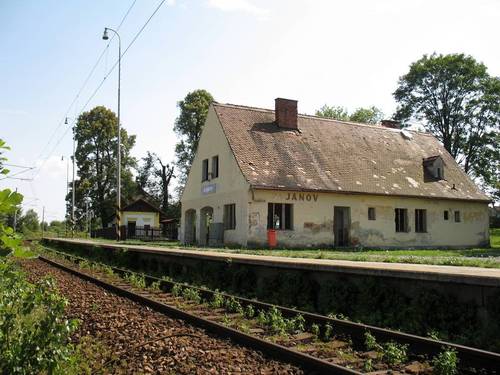 If we want virgin nature and multiple cultural-historical sights of the Novohradske Mountains , we have to really look thoroughly in the area. We will start our journey in Bujanov train station. During the weekends from May to September you can visit a museum dedicated to the operation of the first horse-drawn railway in Europe. In a symbolic admission of the exhibited photographs, archival footage and comprehensible interpretation of our guide you will learn a lot about the history of the track, which from 1 half of the 19th century linked Czech Budejovice to Linz.

After the museum tour we head to the first approximately 20 km long part of our tours. Yellow sign us directly from the tracks lead partly overgrown dirt road, across E55 , to the ruins of the castle Louzek , where we offer a partially shaded view of the picturesque valley of the river Malse. 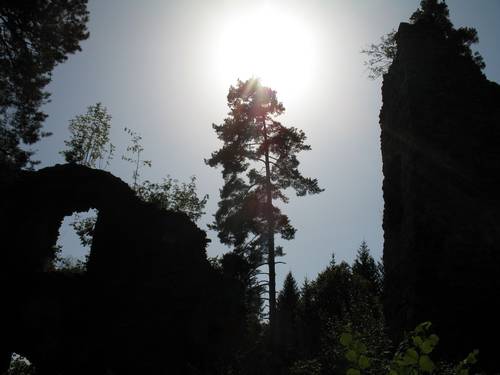 Across the river soon move on, though not too dry feet - this year's spring flood washed away the bridge with blue tourist sign (as of August 2013), so no choice but to trust the makeshift catwalk in a river meander. The blue trail then go to Rychnova over the Malse and along the Way of the Cross Svaty Kamen. Not příhodnějšího place to relax than in the chapel with a healing spring or in neighboring pilgrimage church of Our Lady of the Snows, which will draw power from the mysterious granite boulder. According to legend, once upon a time in this place shepherds vision of the Virgin Mary with angels that boulder split in two. Except apparently the crack width reaches a horse wagon with hay 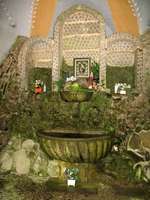 , nastane end of the world. While it but when your not receive a stop, you have to continue - the red trail to the medieval fortress with a fairly well-preserved fragment of a stone tower in silence. When you reach the dam of the pond, you will find yourself literally in the peaceful countryside of groves and pastures. A nearby family farm in the hamlet of Janova Ves, which is the way we spend the night.

The highest one thousand

Early in the morning, we set out from Janova Ves along the red trail to the intersection of Dolni Pribrani, where follow bike path No 1193 towards the southwest. Approximately after 8.5 kilometers of walk in a spruce forest we leave the read trail and head straight up the wide stony path, at the end turn left, to the green trail leading to the peak of the ridge. After her turn back to the east to reach the rugged rocky peak Kamence (1072 m), the highest mountain at the Czech side Novohradske Mountains. The outlook is not completely overshadowed by coniferous forests, but have a bit of climbing skill you can climb on one of the many rocks. On the slopes of the mountain can also admire numerous shapes of frost weathering, such as frost cliffs or terraces. 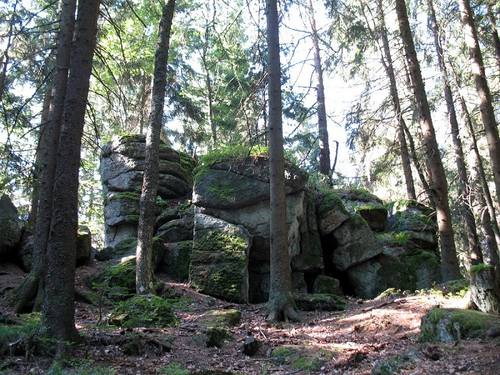 From the peak of Kamenec we continue along the green trail to Pohori in Sumava. Instead of a town of thousand inhabitants today there are only ruins of baroque church of Our Lady of Good Council and a number of new houses that are often still under construction. New border village comes back to live very slowly as its heydays are long gone together with German population expelled after the Second World War.

Published: 18.11.2007
The town of České Budějovice is situated on confluence of rivers of Vltava and Malše.The town is an important railway as well as road junction, and important centre of education. In a south direction there is the Protected Natural Area of Blanský les.The name of the town is derived from the community of Budivojovice.

Kralicky Sneznik - On Our Way to See Its Beauty

Published: 18.11.2013
Let's go on a day hike for a small but no less important Czech-Moravian-Polish mountains ...