en.infoglobe.cz » Vietnam, Sa Pa: It Rains And It Doesn’t

It was relatively quiet. Not something that we would be used to in Vietnam. Therefore, we put on everything we had in our backpack, sit on the bike and set off to the mountains. Our first stop was the Silver Waterfall (Thác Bạc, in Vietnamese). The waterfall is 100 meters high. Steps are build on its sides leading almost to the top. We were quite lucky, though. The weather was cold and visibility poor. Therefore, we were afraid we would not see much. However, the fog made magical atmosphere (after we experienced raining cats and dogs which forced us to stop and hide under the roof of one house; this all even though we had raincoats). Moreover, we didn’t meet many people due to the weather. Even a guy who would collect admission fee from us was not there. 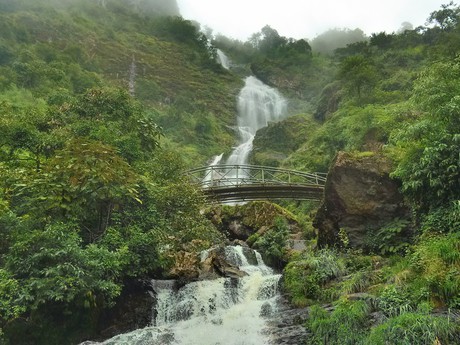 From the Silver Waterfall the road was climbing up to the mountains. It goes to the famous Trầm Tôn pass. It is the highest pass (1900 meters above sea level). They say it is usually sunny at its one and while at the other it rains. We couldn’t believe the weather would differ so much as if by a wave of magic wand. While we were talking to a vendor who was frying rise in bamboo caraway. And all of a sudden, clouds appeared and rose. This opened magnificent view over the landscape in front of us. 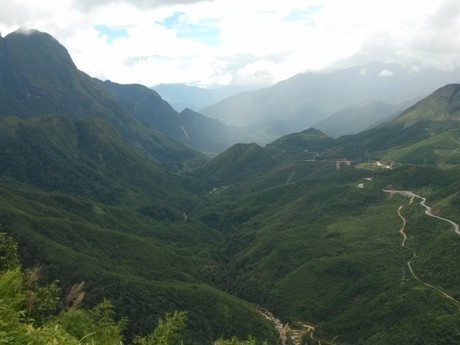 We mutually freed ourselves from our raincoats. Then we continued to the other side of the pass to get warm. Soon we saw Fan Si Pan ( Phan Xi Păng in Vietnamese) – the summit of Indochina also called “the roof of Indochina”.

It was really warm and shinny on the other side of the pass. And we couldn’t believe it. However, the sun was setting slowly meaning we had to hit the road before the dark. We didn’t want to get lost and fall down the cliff while on the road to our hostel. 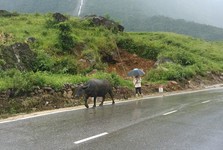 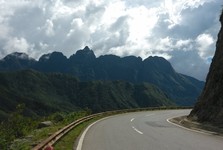 Of course, we didn’t escape cloudburst which happened on “our “side of the pass. When returning the bike, water was pouring down from us. However, we did survive unharmed. The ride back was what you would expect from such a venture down serpentines. Soon we returned to Saigon. Then only one more trip was left – to Cao Đài church.

Published: 19.4.2016
Someone loves it. Someone swears to not to come again. There is nothing in between. I am with the first group. From the first day on in Saigon, a hectic city, and I turned into a side street. We are about to introduce you to a new series where we tell you about interesting places in the city and the country. First of all, let’s talk some important facts about the country.