The mausoleum stands on Ba Dinh square. In 1945 Ho Chi Minh read out lout the declaration of independence of Vietnam. The construction began in 1973. Two years later the structure was finished. It drew inspiration from Lenin Mausoleum, Moscow. However, the architects used some typical architectonic features in Vietnamese architecture. This granite building plain. Soldiers and employees guard it. The body of Ho Chi Minh lies in a cooled room right in the center of the building. Usually, a long line of people stands in front of the museum. They have to line a double line and be quiet. It is absolutely forbidden to smile or laugh. Also, they should have their shoulders and legs covered. Hand cannot be in pockets or crossed. 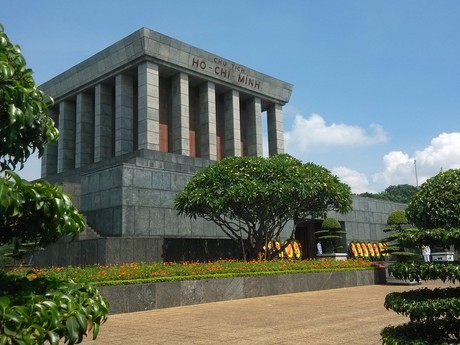 The presidential palace is very close to the mausoleum. There is also a simple house on stakes by the lake. “Uncle Ho” lived there since 1958 till his death in 1969.

Near these landmarks, there is Ho Chi Minh Museum built in the 1990s. The name suggest what is displays and how it looks. To be honest, we stayed rather because of strong rain outside… … 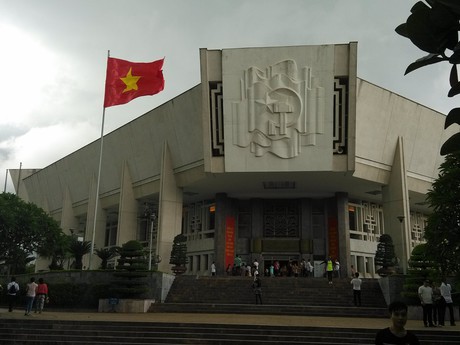 The Ethnology Museum was another place to visit on our list. More than fifty national minorities live in Vietnam. Their customs and traditions is what the museum is focused on. It was founded in 1977. The museum is modern in the true sense of the word. The main part is the open air exhibition of villages of minorities. Folk costumes, musical instruments, working tools are all on display there. The exhibition is supported by folk music, photographs, and realistic models. 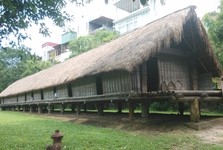 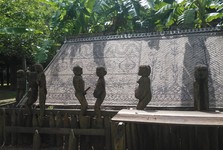 Being students, we could miss the Temple of Literature (Văn Miếu). It was founded in 1070 and was an inspiration for the Temple of Confucius, China. Several years later a Confucius academy was opened there. There are pavilions as well as 82 steles of stone. The names of successful alumni are carved in them. It was very prestigious thing to pass the exams. Moreover, the alumni had lots of opportunities to get a well-paid job in bureaucracy. Steles laid on backs of stone turtles which were symbols of wisdom. There are more than 1300 names of scholars on them. There were acutally many more but about thirty steles disappeared. 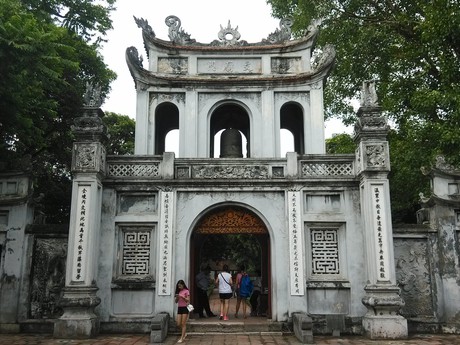 Apart from well-known historical landmarks there are some buildings from the colonial era, many churches and public buildings. You will experience strange feeling when going by them. The cultures of the east and west mix there.