en.infoglobe.cz » Places of interest » CZ: Marienbad - Is It Gone The Prestige Of The Czech Spa? - VIDEO

We went to Marienbad in August, so in a full summer season. The weather was rather the April, but in cities, where it presumably will live and never again is not such a hurdle. Because there are many places, where you can hide, the bad whether it is not so big problem. Concerns about the fact that you won´t sit in restaurant, because you did not book, especially here in Marienbad, are not in place.

The finding is surprising. Marienbad would be compared, with a slight exaggeration, to city with no people. Stylish restaurants and pubs, usually but not modern-equipped, they remain empty. A few guests appear in time for lunch and dinner. Half-empty streets, empty square. After dark it can be count on the one hand in how many hotel rooms was anyone paid for overnight staying. In addition reception desk and some rooms are the lights in huge hotel houses are off. The pension or hotel booking on the same day, you want to sleep there is absolutely no problem. 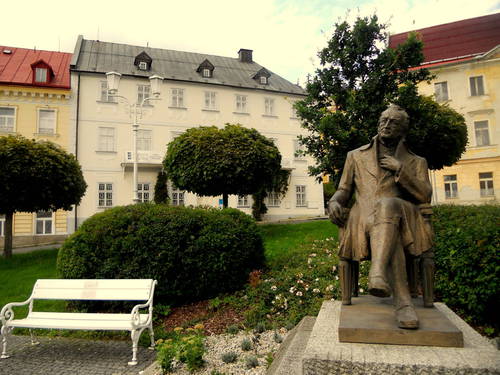 The Main attractions: The Singing Fountain

Visiting of Marienbad in few hours of staying turned into a hunt for fun and places where people are more concentrated. Exactly such a point is the colonnade with its hot and cold springs, shop with crispy spa wafers and singing fountain, which is for local people - something like a clock on the tower, which sound they do not even perceive. For all who don’t know it, is the weaker version of Krizik fountain in Prague. Although in recent years, the shoddy kitsch to her show in a derelict area at the Prague Exhibition easily would be compared.

Fountain – singing in a few moments is not too special. There is a common large fountain looking, which is a part of this important spa city. Groups of people are cumulated around this “unique” every hour until five in the afternoon. Then from the buildings of roofed colonnade goes tones remains the 80 years. 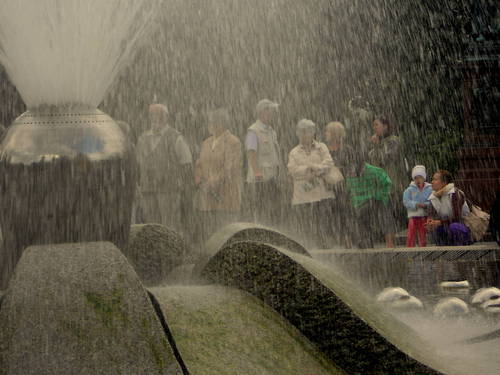 Not well done and very unfashionable a remake of Phil Collins song got to dance the water in fountain. The entire production lasts for several minutes. Short applause from grace is sufficient. Amazement is reflected in the eyes of perhaps the three only year-old kids. It seems that others went there because the singing fountain to the city is inherently so they decided to see as well. To see dancing element, in this time illuminated, visitors can see at nine in the evening again.

After dark the city is quiet. In the restaurant, located on the main street, just few steps off the colonnade are three waiters and five guests - three of them playing cards, drinking tea, speaking German and yawning. It is after 9pm. Similarly, it seems the city streets. In addition to discos for older and advanced, works just two clubs in Marienbad.

"When I was around twenty, so here in the centre was a disco next to the other. Everywhere was full of young people and the city lived. But it's different the last few years. Clients or guests of city are looked by agency which is mainly specializes in the elderly. So now the city is full of pensioners,” about 30-year waitress is complaining. "Even five years ago, we could not manage it here and the garden pub was full as well. Look today? Here are a few people. We are closing at ten, but the pub is empty much sooner," she adds. 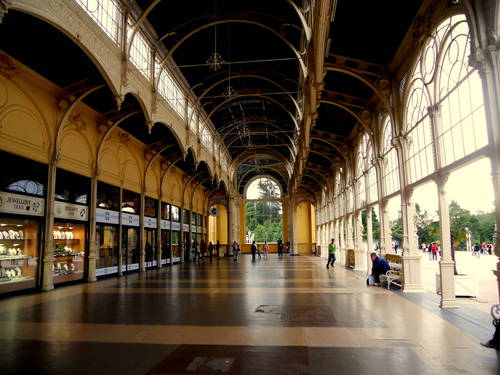 Carlsbad is not enough for Russians

One Czech spa town belongs by the Russians, we can say. Carlsbad is known by their presence. A very similar situation is also in Marienbad. Even here in the beautiful spa houses appears a signs in Cyrillic. Even for those which did not concern the compulsory teaching of Russian, it is not difficult to decipher, it is a property for sale. Czechs are not rich enough to buy it and Russians likes it here. It is sad. 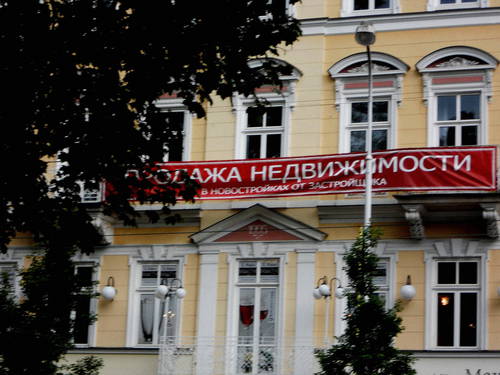 That is the beautiful town of Marienbad, but not about the dispute. What building is an architectural gem - a pretty town, which lacks proper dosage of life to be perfect.