We set off to the car park once we walked through the legendary Macocha gorge, bought souvenirs and had a snack. Then we moved to Ostrov u Macochy, well actually to a car park at the Balcarka cave. Once we got off our car we noticed a sight belonging to the village. It loomed on rocky cliff in the Konciny neighborhood. The sight we talk about is a Holland wind mill built in 1814. Inside survived some equipment like a wooden construction to mill grain. Unfortunately, you cant acess the mill as it is a private property. Now metal-sheeted roof is a replacement for originally shingle roof. I think they shouldn’t have changed it. We remembered our trip to Holic when we saw the mill for there is a similar sight. 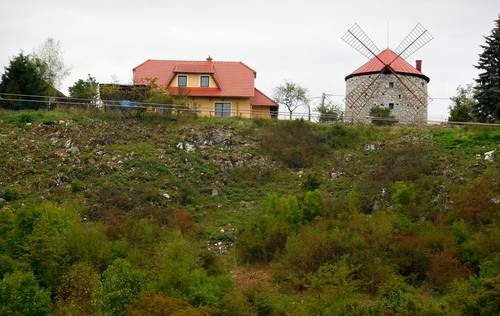 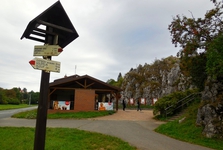 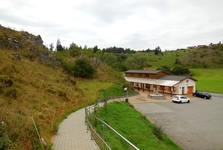 Anyway. Our goal was to visit the cave. We had still half-an-hour of free time after we bough our tickets. We sat in a small buffet there. Around stand information panels explaining how fauna changed during warm and cold periods of the last ice age, or the way the Magdalene hunters got there and how they lived in the Moravian Karst. 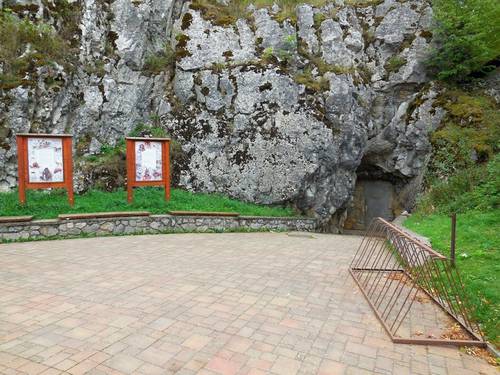 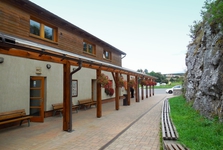 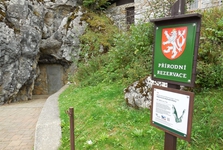 Panels explaining the last thousand years stand near the exit from the cave. We learned the human activity became significant only in the 10th century. They cut and stumped the forest, built fields and pastures. We observed holes typical for a surface karst. They are created when limestone dissolves and ground sinks underground. Many mines suggest there were some limestone-mining operations here. 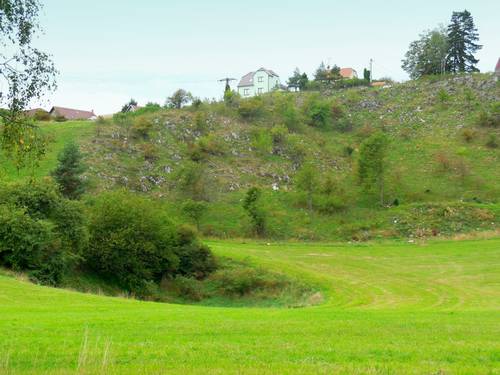 The place we stood at is an edge of Ostrovsky Zleb. The Balcar cave was in front of. The area around the cave was declared a natural reservation in 1998. The sites with the highest level of protection are bat wintering site, steppe and forest steppe flora. Following the stairs we moved towards the cave entrance for only couple of minutes were left to the start of the tour. 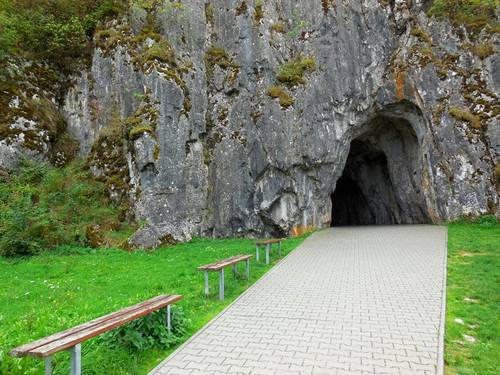 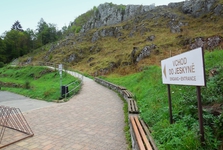 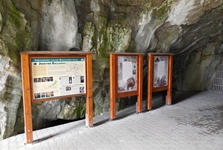 The tour guide took us through the public-accessible caves that have the most beautiful dripstones, domes, or a fascinating museum displaying a collection on the Balarca cave. It introduces the cave as the cave of hunters who hunted elks, horses. The cave was also a wintering site for cave bears. The museum explained exploration of the cave which began in 1923 when Josef Samalik entered it. 13 years later different parts of the cave were connected together. The cave has a complex system of corridors which are situated on two levels. These corridors are connected via tall domes. Several Prehistoric fireplaces were discovered here as well as animal bones. Balcarka has been recently renovated. Now there are renovated pathways and lights (as in the Katerinska cave ). Your tour guide will also play you a audiovisual performance.. 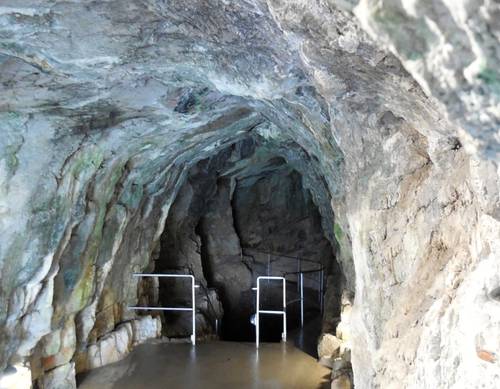 The tour took us an hour. We wondered nature for what it can do. Excited but tired we left the cave. For the public it is opened from March through November. We also left the Moravian Karst for other places we wanted to explore in the Czech Republic.

The Moravian Karst is not just Punkevní Cave, Macocha and Býčí skála, so today we will go to Rudi...