en.infoglobe.cz » CZ, Blansko: The Nature House of the Moravian Karst

We by ourselves realized that history is not necessarily an obligatory component in schools. In the Nature House of the Moravian Karst , we got immersed to the world of Devonian sea, we saw limestone rocks which were foundations for caves and their dripstone decoration. Also, we met Prehistoric dwellers and flew together with local bats. We saw the live in local forests and also the impact of man on the karst territory. 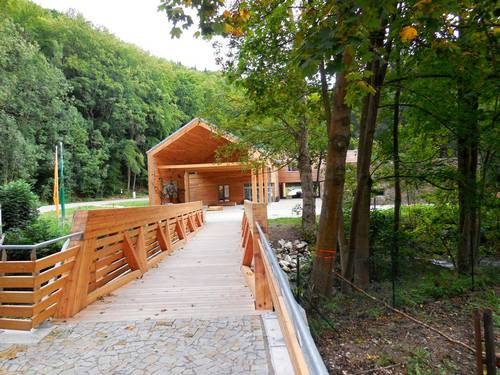 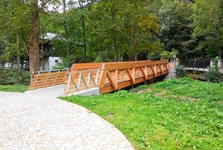 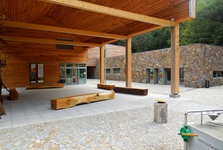 First things first. With the fall season around the corner, we made a vacation and set off for several days on a trip. This time, we traveled to the area known asBlansko. We saw some castles, towns, and natural sights. In fact, these would be matter for our articles in the following weeks. Among the first places we visited, were places inside the Moravian Karst. Of course, we hadn’t had a slightest idea about the existence of the Nature House of the Moravian Karst. However, a nice lady at one visitor center informed us about it. So, we put the place on our list. 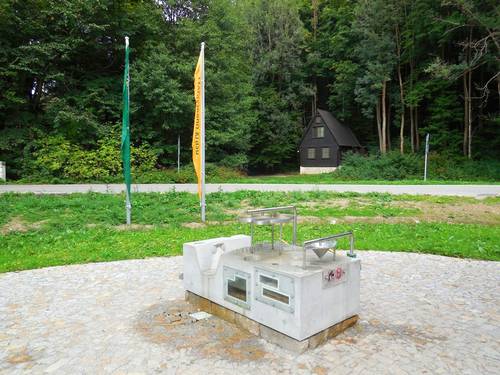 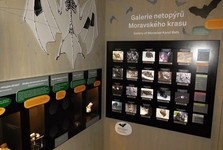 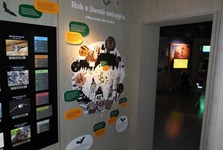 Somehow, we found ourselves in front of a part-timber structure. A massive bridge leads to it from one side, an asphalt road form the other. New information boards and, well, the entire look of the place pointed to its recent completion. Right in front of the entrance, there stands an interesting exhibit of a water cave. You can try how the cycle of water works. Next there was a roofed part with benches, strange wooden statues, and the entrance to the main building. Right upon the entrance, we found ourselves in front of the box office and a souvenir shop. A nice lady told us about the exhibition, gave us some promotional materials and tickets. Nothing held us from going back in time. 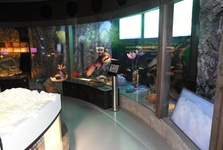 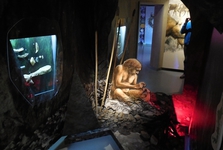 Gradually, we had learned the story of the Moravian Karst area, about its geology until the present times. The exposition had several parts. First, we dived ourselves into the coral sea. Then we had learned about karst formations, and met people who lived in local caves. Changing background sounds, and touch screens made the experience more interactive. There are games, quizzes, videos, revolving or touch-sensitive illustrations. And even there are models of animate or inanimate nature objects. You can “catch” bats with a tablet and recognize concrete specimens. Also, a 3D cinema caught our attention. We climbed couple of stairs to the second floor. The distant past was replaced by the “present”. Mankind’s influence on the Moravian Karst is detailed here. 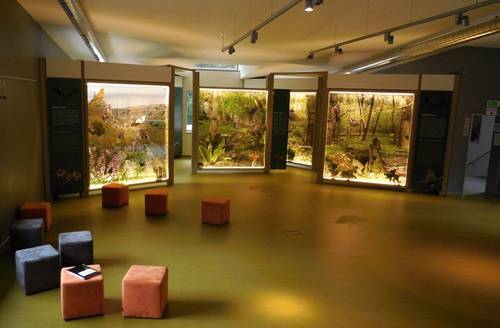 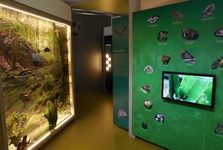 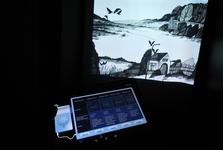 Except for paid exhibitions there was a children’s playground. Kids can roleplay a caver and walk through a small cave. They can also assemble a puzzle dripstone. The Nature House of the Moravian Karst hold many other events. It is open through the year and individual exhibitions will be expanded. Be sure to have enough time for the visit.

We were excited about this “museum”. We wish many visitor would come here and experience a time travel to the Prehistoric era by the 21st century technology. Of course, this was one of the places we have seen. We tell you more next week.