Before getting into Cerna Hora, lets have a quick overview of its history. It was founded in 1279 by Matous of Cerna Hora. In 1973, the original lower castle ruins were excavated while building a ring road. However, some things about the town’s history are not clear even today.. 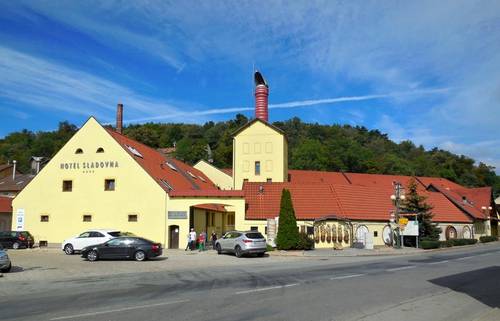 Cerna Hora was sort of a crossroad of two trade routes; one between Brno–Prague while the second connected Tisnov and Blansko. The town developed around Paseka hill that is today the dominant sight here. The hill is covered with coniferous trees. This wonder of nature inspired the locals regarding the town’s name. 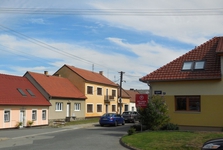 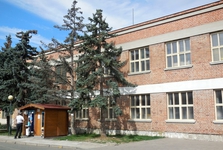 The 14Th century was significant for the development of the town as it belonged under the House of Cernhorsky of Boskovice. This noble family rebuilt the gothic castle into a renaissance mansion and also founded the famous brewery. In the course of time there were other families which were the owners of the town yet the Cernohorsky of Boskovice made the town truly flourish. 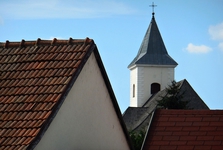 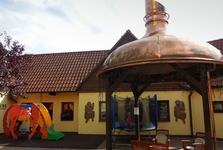 We paid attention to another interesting fact about thehistory of this town. Bismarck met here with German field marshal Moltke and Benedetti, the French ambassador of Napoleon III. The meeting took place in 1866. But lets leave the history for now. It is time for a walk now. 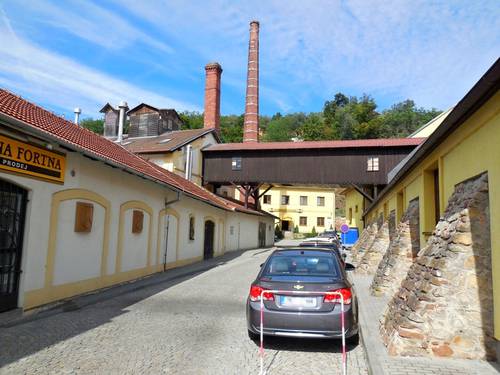 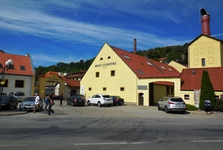 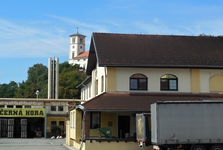 It was really hard not to notice the brewery once we enered the compounds. Mostly it was due to ads informing us that we entered the kingdom of the golden beverage - beer. By the way, the beer was the true reason in the background of town’s development. We parked our car at the brewery, walked around and finally sat down to enjoy some beer. 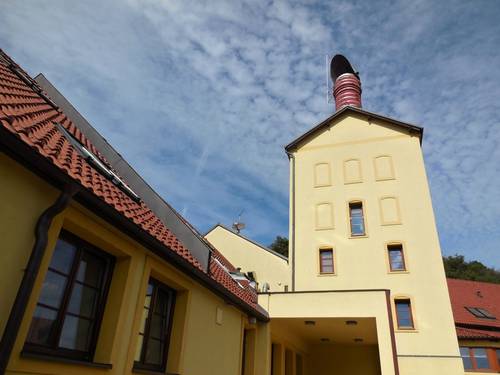 We saw town’s most significant sights. Church of St Lawrence (built in the years 1707 to 1710), Holy Family chapel by cahteau on the top of Pasek Hill, or the distinctive building by significant architect Bohuslav Fuche. Theofil Hansel, a Wien-based architect, designed the current form of Cerna Hora chateau which have also visited. He removed Baroque extensions. He create a pseudo-Renaissance form and he united the chateau with surrounding compounds. The top of Paseka Hill also saw some significant alterations. For instance, pathways were built, tree alleys planted as well as some exotic woody plants. Since 1945, the castle has been owned by the state. Today it is a house for the retired meaning it is not open to the public. 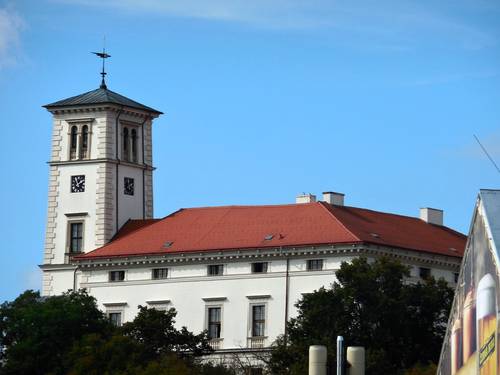 We returned to the brewery. It is the oldest brewery in Moravia. It still keeps its traditional look. There has been some evidence the brewery was started in 1530 yet there are some suggestions that it had been operating even earlier. Mugs were found dating back to 1355 and the foundation date of the brewery is considered the year 1298. You can take a guide tour there through the historical and also the modern part of the compound. You will learn more on the production of beer. The brewery, however, produces also hop-flavored soft drinks or a beer-flavored spirit which matures in oak and locust barrels. Since 1996, the brewery has organized the so called Beer Pilgrimage. It takes place every last Saturday in September. The brewery also financed creation of the Peter Bezruc Beer Trail, a 28-kilometer bike trail from Brno-Reckovice train station to Cerna Hora brewery. Also, note that you need to call in advance to schedule your visit. 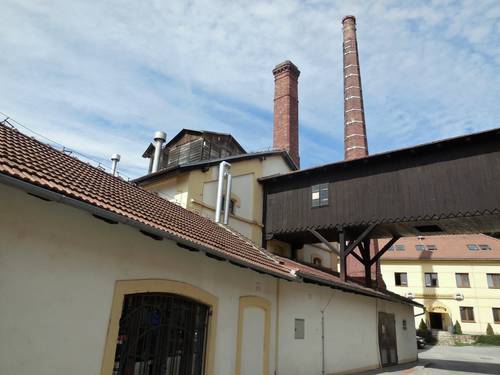 Some famous persons were born in Cerna Hora. We should mention the historian and genealogist Josef Pilnacek, well-known for his work on local history.

We made a stop at a small beer store. We bought couple of beers for the night and went on.