en.infoglobe.cz » CZ, Blansko – The Heart of the Moravian Karst III

Once we reached the church we realized it must be something extraordinary and we were right! This structure is one of six churches transported here from Podkarpatska Rus to Bohemia. To be more precise, “blanensky” wooden church originates in Nizne Seliste town (on the borderline between Ukraine and Romania). It was built between the years 1601 to 1641. 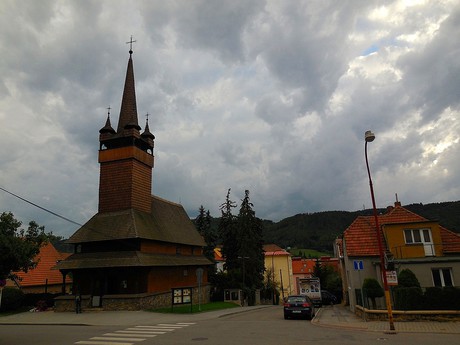 The church is a part of the Contemporary Czechoslovakian Culture in 1928 exhibition. The exhibition took place at the reopened showground in Brno. Its bad condition was the reason why it was refused here. Instead a place in a Czechoslovakia’s Church parish was offered as the new ground for the church. Once the agreement was reach it was moved to Blansko in 1936. Carpenters from Ruthenia built it three months. In 1937, the church was opened. 2001 to 2005 it was renovated. 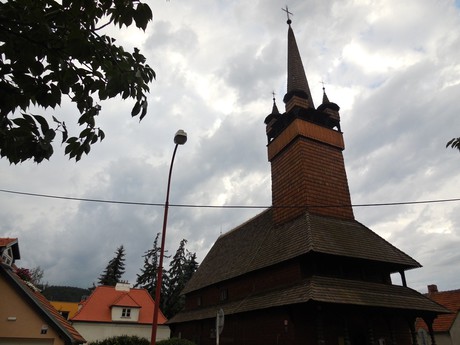 The unique orthodox structure is built in the style of Ruthenian gothic. It has a four-sided belfry the top of which ends in a pyramid shape. The top floor is open and bells are hanging inside. Orthodox icons make the decoration in the interior. In the present there are held masses, concerts and also exhibitions. Unfortunately the church was closed when we arrived there. However, its outside is so unique we didn’t even regret going there in vain.

It was getting dark therefore we set off towards our guest house. On our way we saw so called. Zamecek, a structure belonging to Jezek’s factory which existed there during the years 1910 and 1911. The edifice resembles Italian Miramare in the Gulf of Trieste. Famous industrialist Ing Richard Jezek built it when he had returned from the latter territory. It was truly a magnificent edefice. 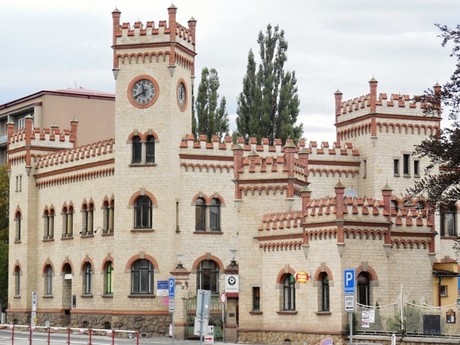 We went on along the riverbank when we noted the massive Jezek bridge – 150 old, riveted railway bridge. Originally it crossed the Berounka river along the route from Prague to Plzeň. It got there thanks to the Jezek brothers. They got it there in the year 1911. The railway bridge operated until the year 1996 as it joined two banks of the Svitava river. However, due to planned adjustments to the river creek. The bridge had to be disassembled and it was almost scrapped but local group helped to save it. In 2010, the bridge was declared a cultural sight. There are even some plans which may set in motion a construction of a railway museum. We will gladly see it in the future. 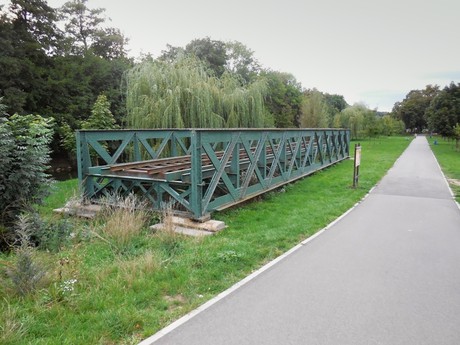 All of a sudden we found ourselves at the guest house. We ate some dinner and hurried to the bed. We needed to be fresh for the following day, the final day of our stay in Blansko and the Czech Republic.