The Venetian Riviera has several northern Italian coastal towns. Its borders are formed by the Adriatic Sea and the Venetian Gulf, respectively. Venetian region (region). In addition to Venice, this includes Verona, Padua, Vicenza, Treviso and the well-known winter resort of Cortina d'Ampezzo. Historically, it is about the territory of the former Venetian Republic, which was affiliated with Italy only in 1866. The Riviera is sought after mainly due to the long sandy beaches that slowly descend into the sea. As a result, families with children will love it. 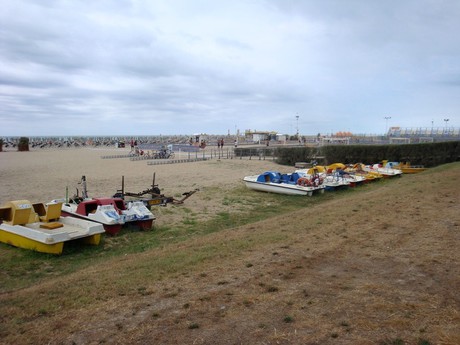 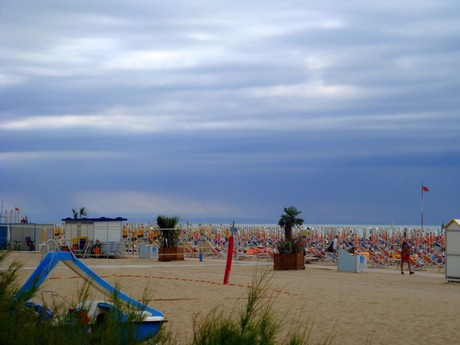 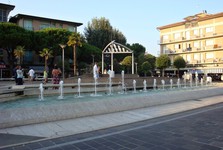 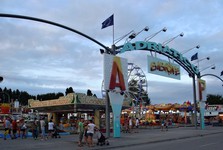 Bibione grew up in the mid-20th century, when the reforestation and land cultivation along the approximately 8 km coast south of the Tagliamento estuary began to be sea-set. This former suburb of San Michele and Tagliamento, whose historic center lies over ten kilometers from the coast, is now a separate administrative unit. 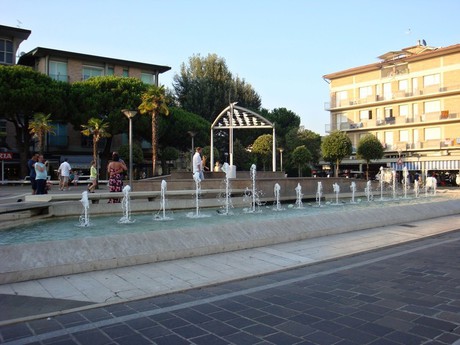 Currently, Bibione has over 2 500 permanent residents. The busiest center is Spiaggia with its many shops (including the popular marketplace), restaurants, cafes, discos and other attractions such as thermal baths, funfair and the like. A little further away are the residential areas (called Lido dei Pini, Lido del Sole), behind which the Pineda district, at the end of the mainland promontory between the sea and the Litoranea Veneta lagoon, has grown. The network of local channels has made Bibione an island that separates the Parco Naturale Val Grande from the interior. 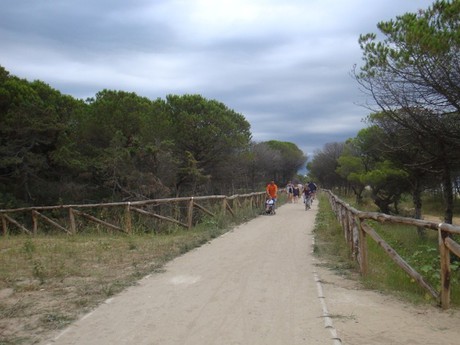 The fame of Bibione was born mainly in the 1980s and 1990s, when holidaymakers, mostly from Germany and Austria, discovered it. After the fall of the Iron Curtain also tourists from other Central European countries. Bibione offers a wide range of accommodation and catering facilities - from the most luxurious hotels and guest houses to simple apartment houses and bungalows. 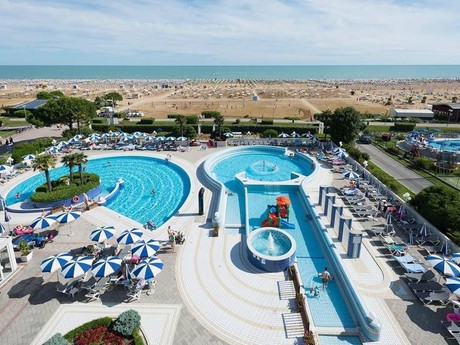 One of the best accommodation facilities is Apart-hotel for children in Bibione, which focuses on families with children. You already get sunglasses and a plush toy, as well as baby food from Hipp. Children will certainly appreciate the amazing playroom and adults will have a nursery. Free bike rental and child seats are available at this hotel. 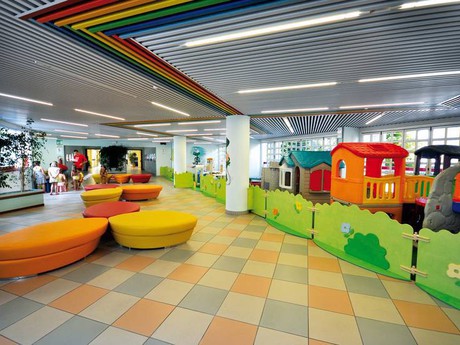 Comfortable accommodation in a quiet environment, good breakfasts and the best dinners will give your holiday a mark of excellence. The hotel will arrange for a table reservation, a reserved beach area with sun loungers and beach towels, as well as a free weekly pool snack. And that the pool is really big and great, you have to convince yourself of it. 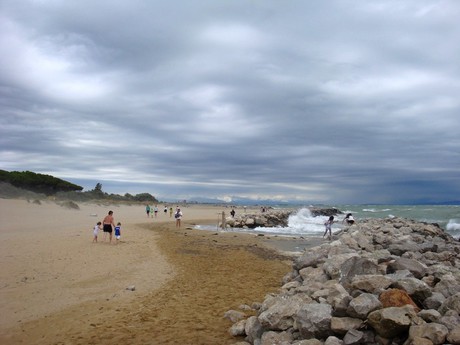 Bibione is perhaps one of the few affordable resorts that even young families with children or seniors can afford. You will enjoy well-groomed beaches providing plenty of space for sunbathing or relaxing in the water, also enjoy sports activities - beach games, playgrounds and tennis courts, as well as windsurfing and yachting.