en.infoglobe.cz » Poland, Wadowice – The Birthplace of the Pope

The town of Wadowice is located in the Lesser Poland Voivodeship by the Skawa River in the Silesian Foothills. The first settlement of the area dates back to the beginning of the 11th century. According to legend, the name of the town is derived from the Slavic name Wlad (Ladislav). The first written mention appears between 1325 and 1327, including the royal correspondence between the Duke of Auschwitz (John I. Scholastyk) and the Count of Luxembourg (John the Blind). 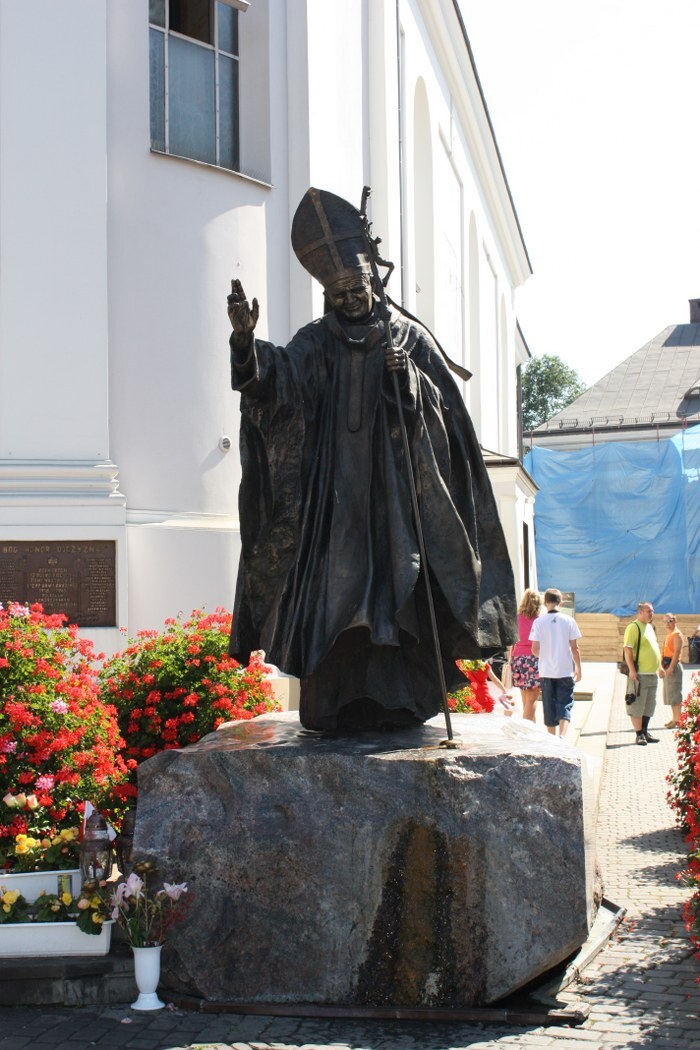 In 1430, the then town was hit by a devastating fire, which, paradoxically, contributed to the relatively rapid renewal of buildings, the granting of city rights and the general expansion of crafts and trade. The subsequent period is marked by property settlements. Gradually, the city came under the administration of the Czech and Polish kings, the Krakow voivodship, the Kingdom of Galicia, Austria-Hungary, and eventually became part of the newly born Poland. Over time, a hospital, a primary school, a road connecting Vienna with Ukrainian Lviv were built here, and several cultural and scientific institutions were also located here. 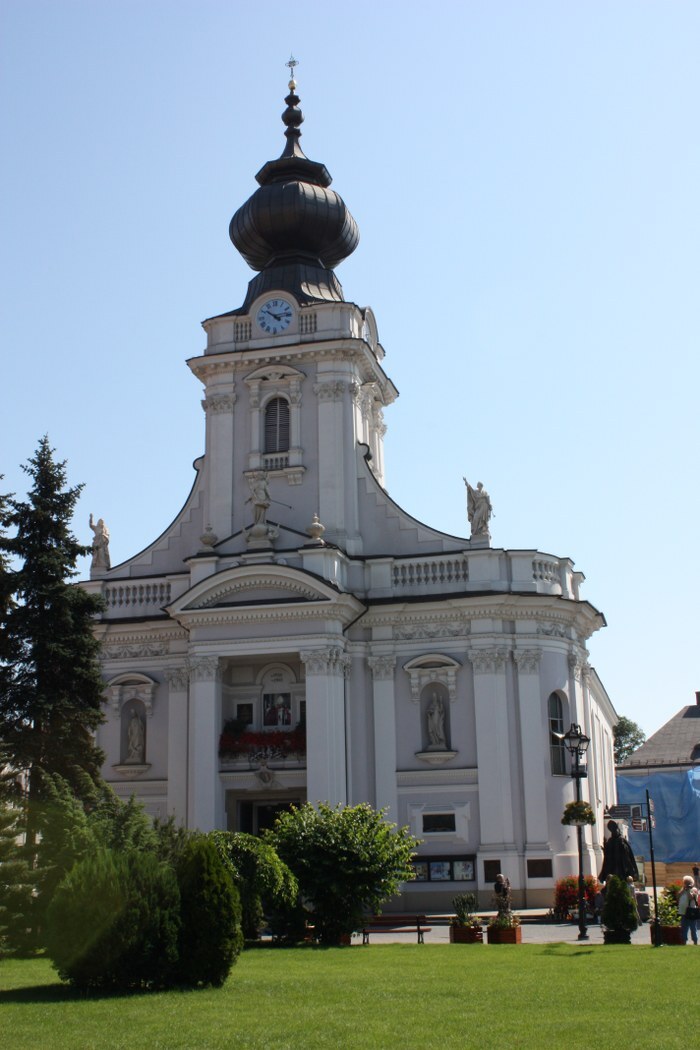 An important year for the city was 1920, when Karol Wojtyla was born here, who became the bishop of Kraków, later Pope John Paul II, and was canonized after his death. Like other Polish cities, Wadowice did not escape German occupation, even between 1941 and 1943 a ghetto was founded in the city. After the war, regional importance in the field of transport and trade was maintained, but it was suppressed in 1975 by transferring competencies to the newly formed Bielsko-Biała Voivodeship. 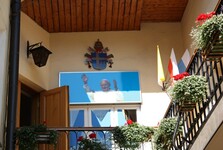 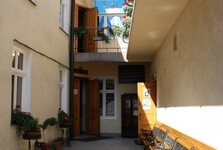 After the year 89, most of the local industry went bankrupt (only small industries have been preserved), but thanks to the historical and ecological heritage and the Pope's birthplace, tourism is developing rapidly in Wadowice. Over 200,000 people visit the city every year. 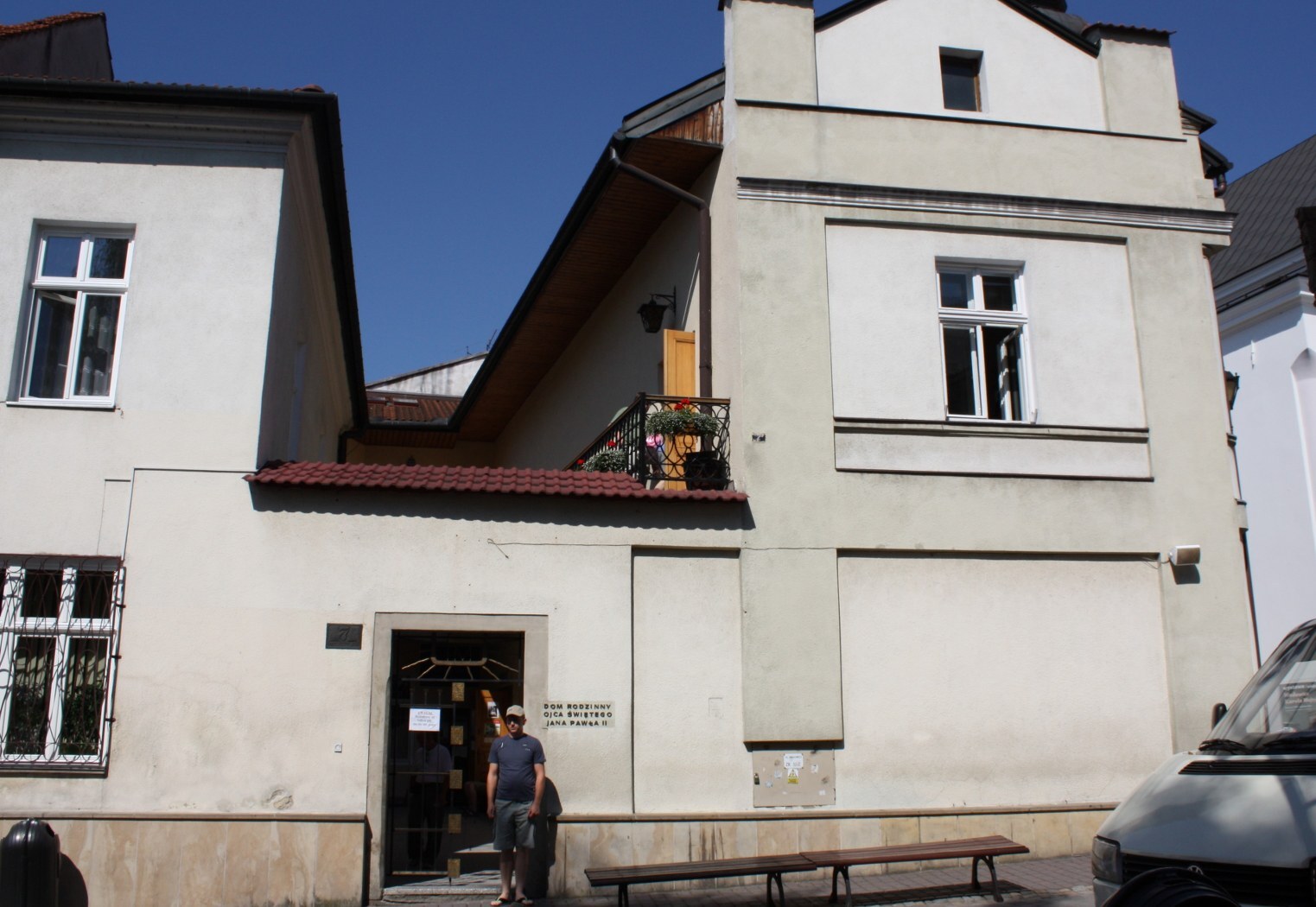 The most popular places include the birth house of John Paul II, where a museum has been established, the parish church - the minority basilica of the Virgin Mary from the 15th century (rebuilt in the 18th century), the neoclassical chateau Mikołaj from the 19th century and the historic street Kościelna 4 , where there is a listed house from the 18th century (currently the seat of the Municipal Museum and Tourist Information Center). 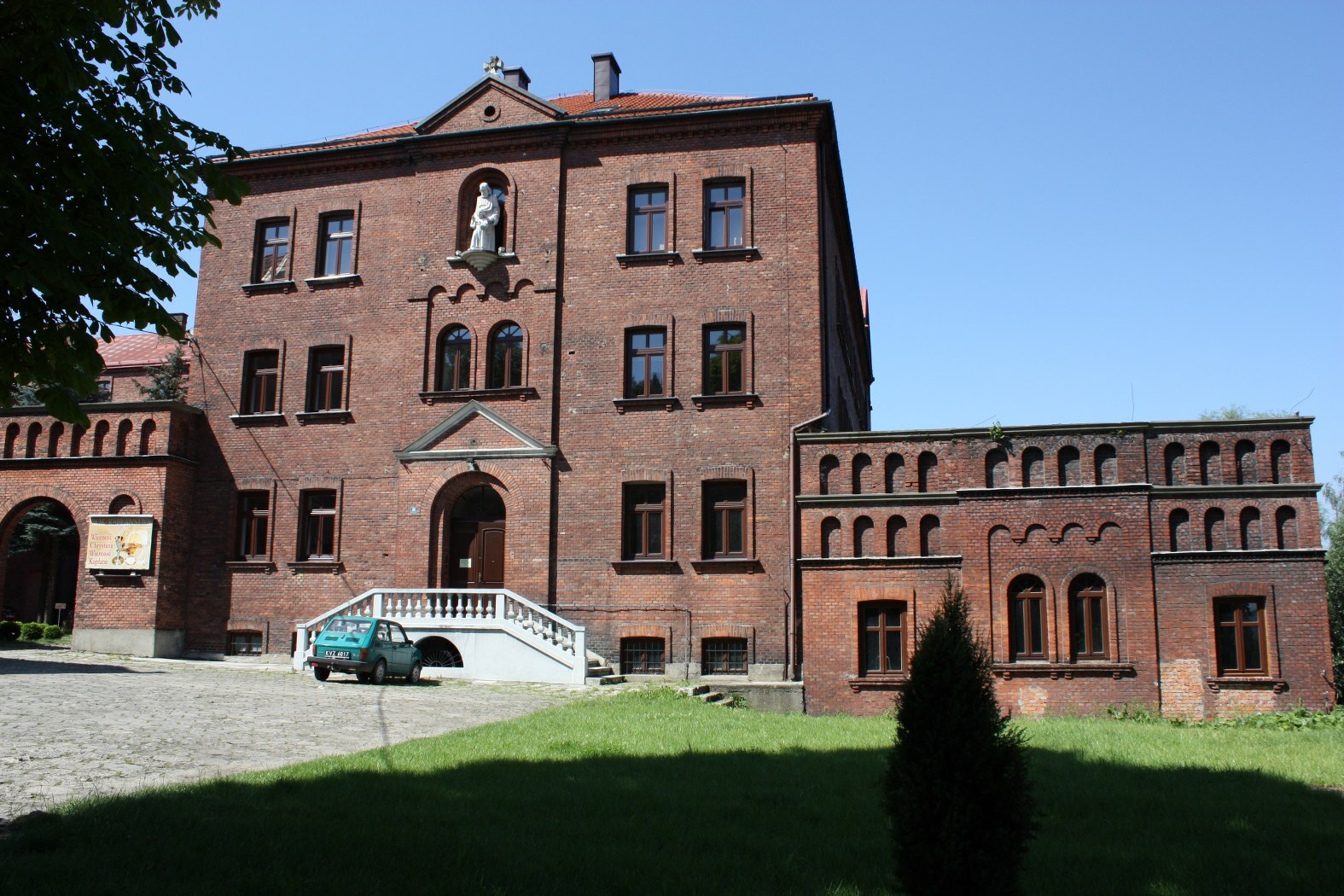 Also worth seeing is the square with burgher houses from the 19th century, the monument to the writer and co-founder of Polish expressionism Emil Zegadłowicz or the museum of the Polish priest and theologian of the Krakow Academy Marcin Wadowit. You must not miss the Carmelite monastery complex with the church of St. Josef, where the remains of its founder, the canonized Raphael Kalinowski, are buried. 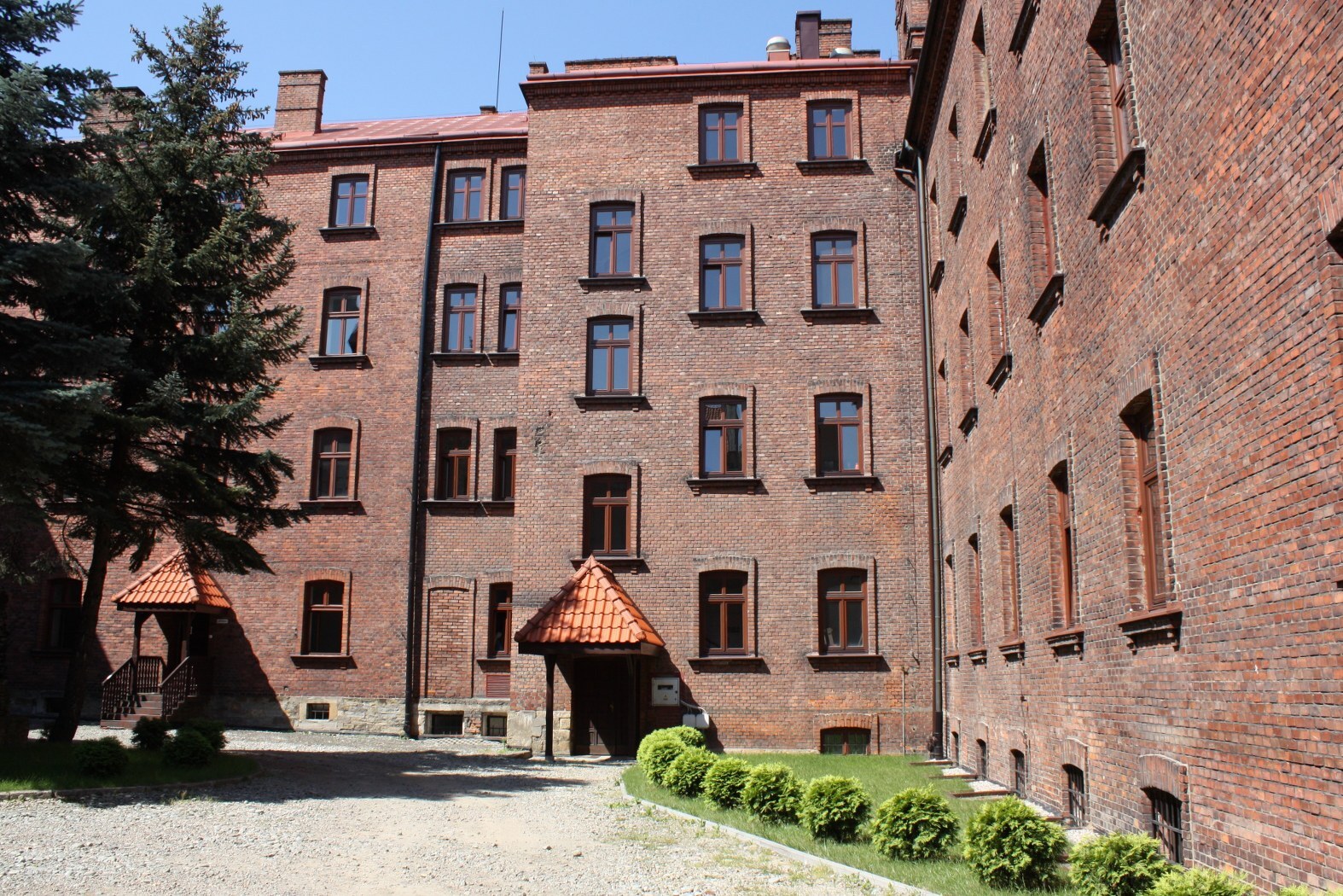 The city is also an ideal starting point for nature trips. In its vicinity there are several national parks, such as Magurský, Ojcovský or Gorczaňský. 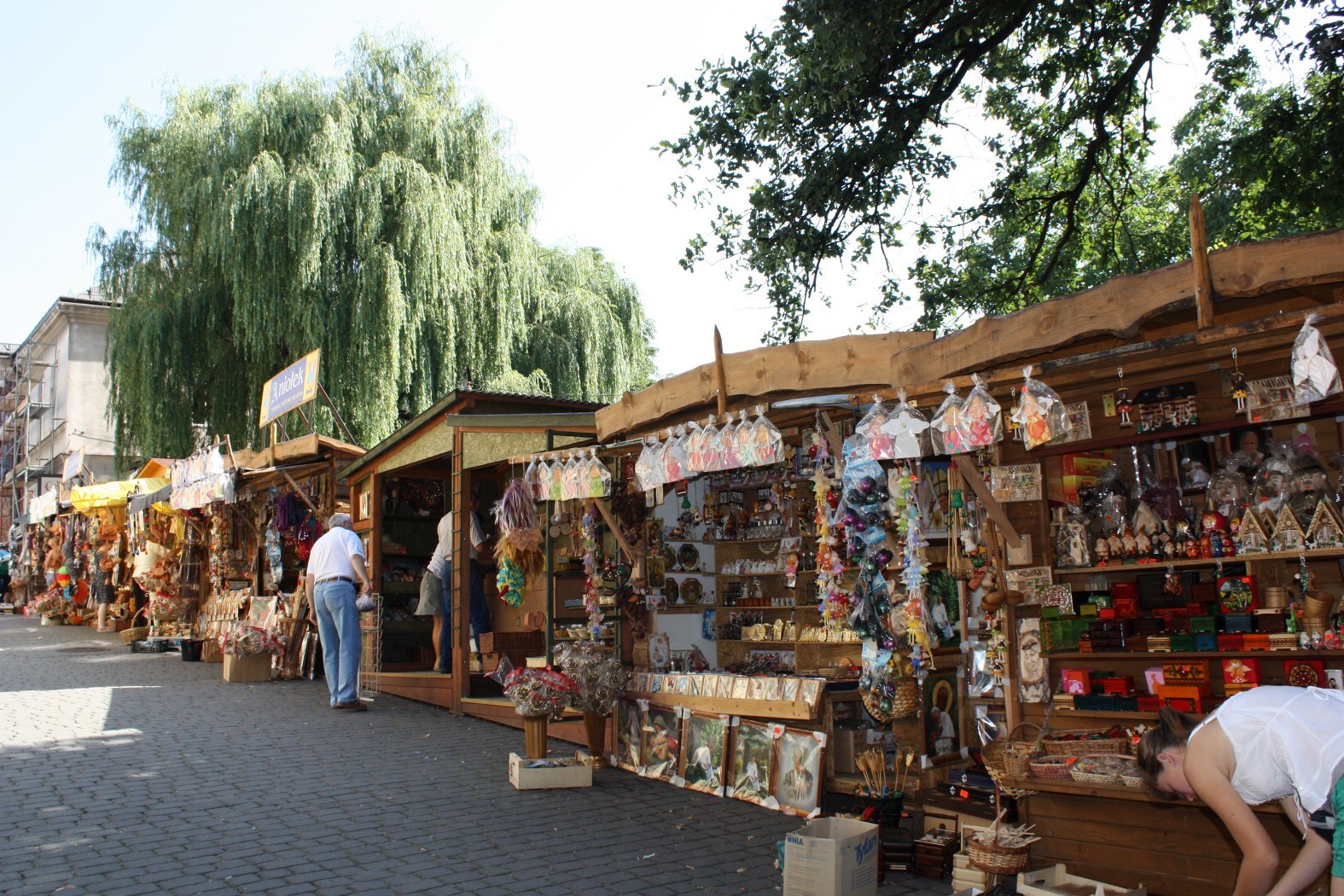 The largest juice producer in Poland (Maspex) and the well-known Polish shoe manufacturer (Badura) are based here. Wadowice offers many beautiful places and with its "secular" atmosphere they are a great stop for every traveler.