Poland is a Catholic country where almost 97% of the population go to church regularly. Today it is a bit different and younger years are no longer as faithful as their parents or grandparents. Nevertheless, there are still many Christian events in the cities, children have optional religion classes in schools, some schools even go to a mass twice a year. 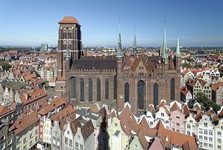 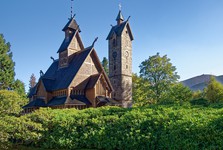 As for the holidays, the faith is related to the celebration of Easter and Christmas. These two holidays are trully fabulous in Poland. Easter starts with 40 days of fasting, just like with us. Fasting ends by letting the Christians consecrate the basket with food (bread, salt, pepper, sausages, etc.) in the church, and then they can celebrate. Celebrations are quite connected with food, when most cakes and lambs are eaten. Eggs are also decorated. Christmas in Poland belongs naturally among the most popular holidays at all. The Christmas dinner should be a total of 12 courses - fish, borscht, dill, desserts, etc. There is a hay below the tablecloth, which is the symbol of the birth of Jesus. 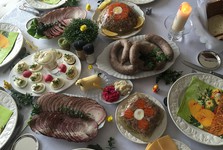 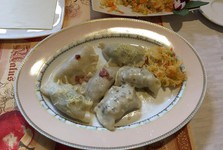 Polish cuisine is relatively varied. We can find here Central and Scandinavian recipes. Traditional and typical dishes of Polish cuisine are undoubtedly pirohy. Pirohy are similar to our dumplings, but flattered. Sometimes the filling (meat, mushrooms, spinach, cheese and others) is inside, sometimes the spikes are sprinkled. Other typical Polish dishes include sausages of various types. Each region, region or city has practically its sausages that taste and look different.
In Poland, you can also taste bigos or pickled food in different ways. A favorite example is potatoes, mushrooms, sauerkraut, fish or dairy products. 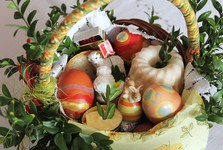 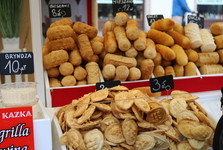 Be sure to taste one of these!

The Poles also enjoy sweets and desserts of various kinds. If you are in Poland, definitely go to some bigger supermarket and go and see what sweets are sold here, you may be pleasantly surprised.