The city of Kezmarok you should visit at least once in a lifetime. If you manage multiple times, there will be always something new to discover. So go ahead and accept our the invitation to walk. We will start in the historic center.

One of the most important monuments of the city is a wooden church . It in the UNESCO list . The first wooden church building was there already in 1687. The current form of the building has been existent since 1717. Its reconstruction lasted only three months. An interesting feature of this temple of God is that there were not use any iron nails during the construction. You certainly ask what is this church with brick walls. But its walls are not brick but wooden with layer of clay. So the building was protected from weather. The interior of the church consists of Evangelicals unusually rich painted decoration. The church serves not only as a landmark, but it continues to perform its function as a place of worship and often it also holds musical concerts. 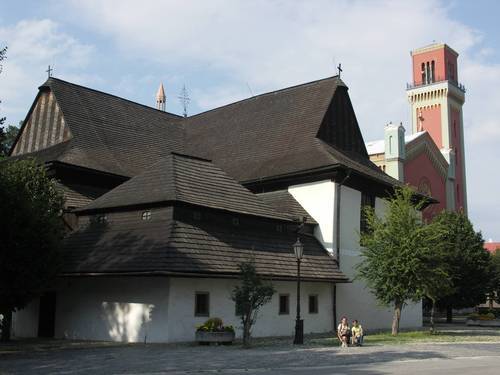 Near the wooden articular church is New Evangelical Church and lyceum. The lyceum is our next stop, because it hides some treasures. You ask what treasures? Books! In the lyceum in Kezmarok there is located the largest school library in Central Europe. This National Historic Landmark boasts with more than 150,000 volumes of books of various topics in various languages. Among the most precious are 55 incunabula, or books 3000 books from the 16th century. As we mentioned in the previous article, at the lyceum there studied a number of Slovak historical figures. People around the perimeter of the building is devoted to the many memorial plaques that commemorate their work at this school. It is interesting that the ground floor of the lyceum is a small golden treasure of sacred objects of Evangelical church, which is open to the general public. 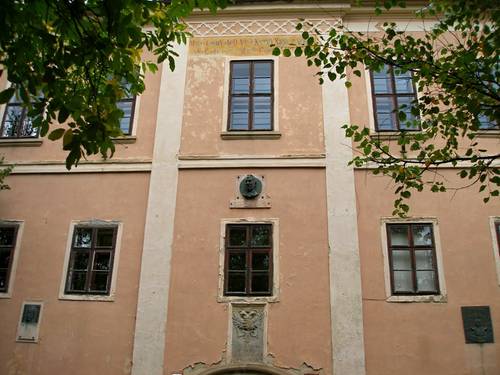 Perhaps the greatest landmark in Kezmarok is New Evangelical Church that we may regard as a city symbol as well. This majestic construction in eclectic style with byzantine features is unique in Slovakia. Its distinctive red facade , strict symmetry give this building its uniqueness. The project includes a mausoleum, which where the remains of the uncrowned king of Hungary and an advocate of religious freedom Imrich Thököly. It is interesting that the church has only one tower, which undermines its strict symmetry. 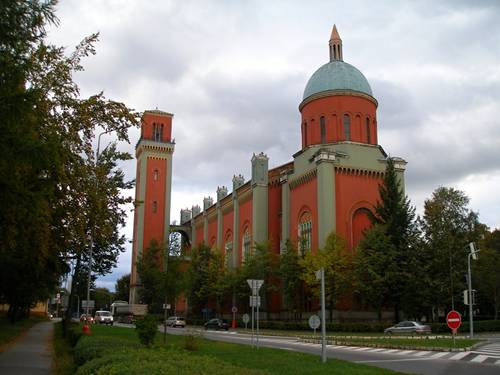 Nearby, in the heart of the city there is the town hall . It is here since 1461. During its existence, it has survived three devastating fires. For more than 6 centuries is has been the residence for municipal authorities . Certainly, you should note the town hall tower and below it the clock. There is halberdier ("medieval soldier - a warrior"), which guards an unknown entrance to the secret passage. 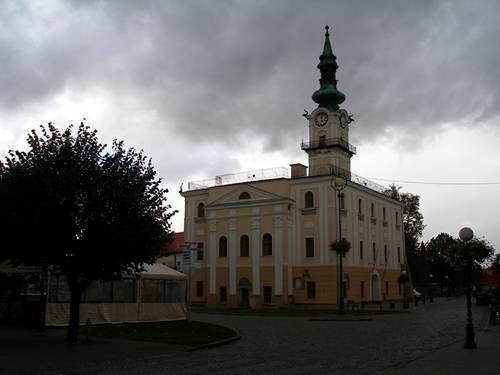 In the end of our article we will visit the Museum of Housing Culture . It is located in an inconspicuous, but beautiful townhouse. The museum presents a living room furniture of townspeople in Spis. There is also a kitchen with a tin dishes. There is also a collection of pipes, desks or clocks. You wouldn’t believe that the walls of the museum are hiding ancient secrets and today it is said that the house is haunted. 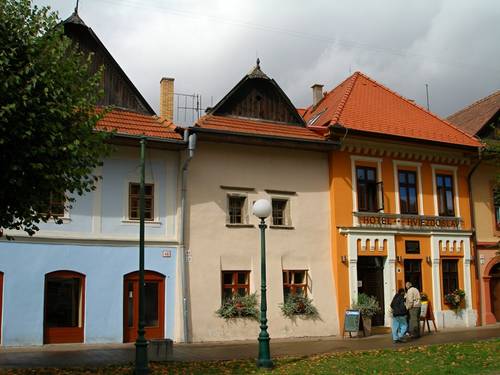 The House of Marshal Kray

A short walk from the Museum of Housing Culture, specifically the four houses on the left, is a quaint house of Marshal Kray that does not have a front door! It is truly incredible, and therefore you should visit this place. In recent months, we have seen that Kezmarok strong> has a number of interesting places to explore. But we did visit only few of them Therefore, you are invited to the sequel of our tour in the following week.