On one day, after our visit of beautiful historical town Kezmarok we moved to Poprad. Just outside of the town we were interested by a building. While its façade was the fallen and had a tin roof, but more architecturally interesting. Just below the roof with great brown sign Turbine and the date 1910. Not for a moment we hesitated a car, we stopped at the roadside. We came closer. Nothing talkative fact that it is a plant, not any. Gradually we have it in quite overgrown ran around the neighborhood. We found that conceals interesting structures such water tank , water gates and through the window we saw and Engineering. We couldn’t get inside, so we all took pictures and continued our journey further. 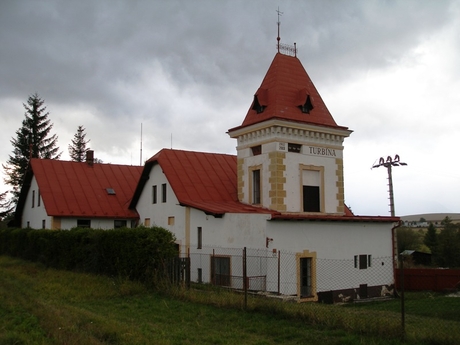 After our trip with friends I could and I began to realize what kind of building it actually is. My findings surpassed all expectations I have ever had. It is, in fact 103-year-old small hydro power plant , the turbine spun at the time of the Austro-Hungarian monarchy (1910) and to my surprise spins today.

From past to the present

For two decades, the Turbine is managed by the Chlebovci family that owns and operates the same time. A reminder of what was its origin , I can now tell you. It was the beginning of the 20th century, the industrial development of the country was in full swing in and around Kezmarok grow plants whose operations provide the transmission , or equipment for mechanical power transmission and mechanical work from a single source to multiple outputs and in our case the factory machines. This method of supplying energy has had a number of drawbacks, and therefore began to contemplate alternative. It came just after discovery of the Francis turbine . Owner of a large factory (current Tatralan) Karol Wein came up with the idea to connect his factory to electric motors. He did not stay but only ideas, but also began to implement. The most suitable location for the construction of small power plants seemed to him to place near the village Huncovce where he stood before the old mill, which led the inlet channel. These conditions were perfect and so was the territory Slovakia first small water powerplant. Inner parts were imported from Budapest. These were already mentioned above together with a Francis turbine generators. In November 1910 the plant was put into operation. Interestingly, or rather a huge rarity with regard to the present time is that Hunčovský turbine is still boasting original Francis turbines, generators and alarm clocks that are in constant operation for over 103 years! Adjustments were made at a minimum. 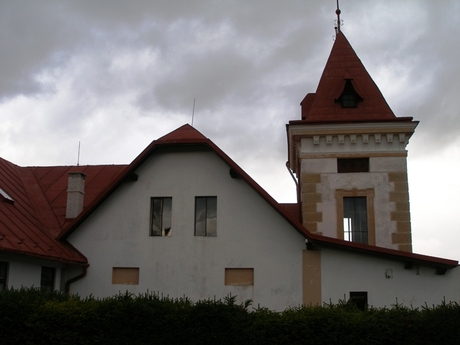 Historic milestone for power plant turbines were World War II. While the First World War was only slightly affected, the other brought a loss. It was not the material, but rather a loss of management. owner Karol Wein at the beginning of the war for unknown reasons he left his belongings and fled to Austria. After the war ended in the 50th Between the power plant transformation, and in the meantime, the energy generated is used only for the factory was connected to the national grid and powered the two neighboring municipalities. In the socialist era were small plants intended for depreciation, but miraculously survived turbine power plant. Information about its (in)action are missing information. A roughly the period just started family of Chlebovci , who became her manager. It was in about 1979. Not only did her family managed, but also moved into the living space of the building. The conditions for life here were cruel, because in winter, the temperatures reached - 35 ° C. The bus stopped here only sporadically, so the family had to move on foot. After almost 10 years Chlebovci moved to nearby Huncovce, but today is a turbine with a huge zeal care. 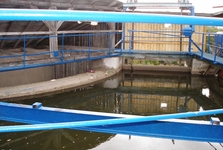 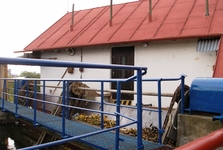 The turbine produces at full power of500 kW , which once was enough to light up the entire city Kezmarok. In today's technological currently only supplies energy to the whole Slovak electricity network. It is interesting that this type of plant is harmless to the environment, since it oxidizes water flow, and thus in the vicinity of the fish thrive.

Anyway, if someone comes from Kezmarok to Poprad along Huncovska way, so try to stop at the technical unique object that has no precedent in the Slovak Republic.