The foundations of the facility that takes care of Kosice landmarks were laid by Imrich Henszlmann. This native of Kosice was an important collector of art. Later it led to the foundation of the museum. This effort became real in 1872when thanks to Klimkovich brothers and Mr Myszkovski founded an upper-Hungarian museum society in Kosice. Imrich Henszlmann, the principal supporter of this idea, after his death donated 3000 works of art, rich library, correspondence, manuscripts and other collections. Henszlmann’s heritage became the foundation of exhibition items for the museum. Since them the museum had gone through interesting development, changed it place of residence and its managers. Despite all of this it offers an attractive glimpse into the history of Slovakia. 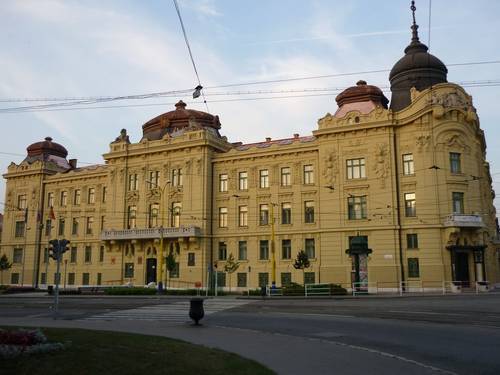 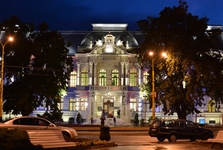 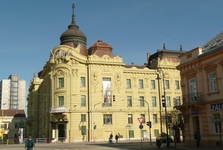 Golden Treasure of Kosice
One of the most attractive exhibitions at the museum is the Golden Treasure of Kosice. It was discovered on August 24, 1935 during a construction in Main Street No 68 in Kosice. This unique discovery was one of the most important in European and even world standards. It consists of 2920 coins, ducats, double ducats, three golden medals and a renaissance golden chain. In the present, it is attractively and interactively promoted in a specially designed safe in the renovated building of the East Slovakia Museum in Kosice. (Namesti Maratonu miru No 2). 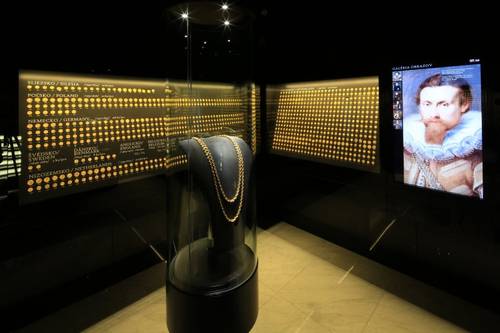 Nature of Carpathians
Another attractive exhibition is the Nature of Carpathians. It shows less known works of magical Mother Nature. It unveils also beauty hidden in stationary rocks and minerals. Collections of natural history offer rich mosaic of knowledge, interestigness, and beauties. After walk in the museum halls you will leave with an aesthetical experience and you will expand your knowledge. (Hviezdoslavova 3)

Century of art
Know the development of art and crafts in another exhibition. Permanent ethnographic museum called Century in Art captures the countryside of Above hundred years ago. It also offers masterpieces such as three wooden hives, historical drug store U Boziho Oka built in the 19th century, Gothic, Baroque plastics, paintings or contemporary furniture. (Hviezdoslavova 3)

Kosice Centuries
See and learn about the past of free royal city of Kosice you can even behind the walls of Miklusovska Prison. The Kosice Century exhibition will lead you through the history of town guilds, market, law and university. Underground spaces, torture chamber and prison cells will bring a mysterious even chilling atmosphere. See also Executor’s apartment with original executioners’ swords. Computer visualization will bring closer the history and construction changes of the place. (Hrnčiarská č. 7 - Katova basta)

Rodosto – memorial house of Frantisek II Rakoczi
For lovers of Hungarian history it is ideal to visit a unique replica of the Frantisek II Rakoczi exile house. He came from Turkish town Rodosto. The exhibition will take you to the year of 1906 when remains of the prince were ceremonially delivered here from exile. Original, decorated interior of the dinning room will take you to the Orient. Various interactive features are included in the exhibition. (Hrnčiarská No 7) 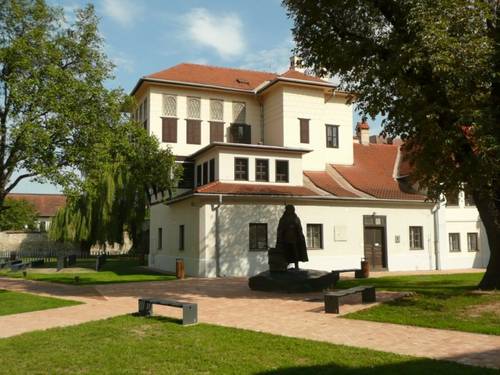 Medieval fortification of Kosice
Shooting chambers or casemates will try to attract your attention. They were redesigned in 2012. In these rooms, there is an exhibition of firearms. In chronological order it shows how they developed since their beginning until the 18th century. In one of the shooting chambers there was even unveiled its original pavement. Also, interesting is the epitaph of one gunpowder producer: " Who made powder, became powder and will rise from powder on the Judgment Day ... " . (Hrnčiarská No 7 - Katova bašta)

Urban’s Tower
Kosice is a city of rich history one can admire everywhere. In the Wax Museum, located in a unique bell tower from the 14th century, you can also meet important characters of Kosice who were closely related to history, art or politics. On the top floor there is an exhibition with a selection of sacral and utility smithery in east Slovakia. Visit of the Urban’s Tower could bring nice variety to your walk on Walk Street (Urban’s Tower, Hlavní 3)

Dům řemesel
We recommend you to visit a relatively new museum building – the House of Crafts where historical crafts and their contemporary traditions are presented to the public. (Hrnčiarská No 11). 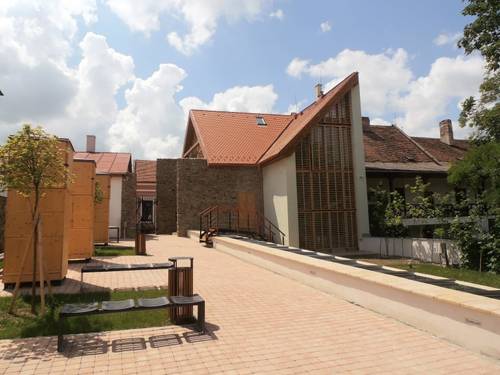 Church of Kozuchovce
At the end, do not miss wooden church of Kozuchovce built in 1741 located at the museum yard. It is a part of outdoor compounds of Island of Culture – Open Zone 1 (Náměstí Maratonu míru Mo 2) 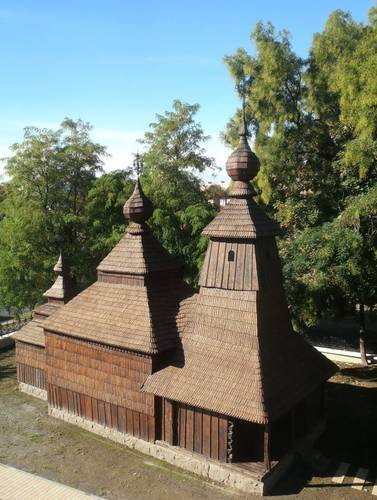 East Slovakian Museum in Kosice offers really large variety of exhibitions. We happily recommend you to visit it.