It is sunny spring morning. We are in the town of Smolník. The town greets us with nature of the Volovske Hills . Atmosphere of rich mining history is apparent even today. We go to explore it through architectonic or technic sights. 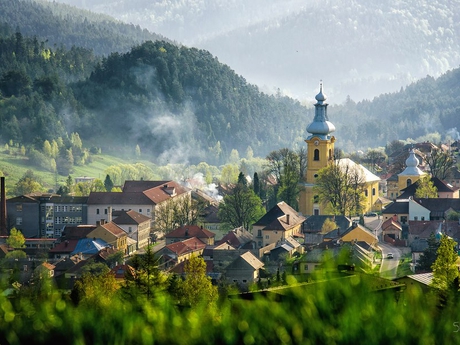 The very first written note on Smolnik comes from the year of 1243. Originally, it was a Slavic town settled by Germans in the 13th century. New settlers, rich sources of gold, silver, copper, and iron meant fast development. In 1327, Emperor Karel Robert himself declared Smolnik a free mining city according to the so called Stiavnica Rights . The town had mining rights, market rights, hunting and fishing rights. Thanks to this, the town became an important mining center. This also could be confirmed by a fact that in the 14th century the town was a center to the chamber of miners. The 14th and 15th centuries was the time the town flourished the most. Even a royal mint operated there. In 1465, Smolnik became a possession of Spissky Castle. For long decades it was a possession of some noble families. It was even hit with plague which killed 550 people in the year 1600. In 1661, it became a possession of the then Hungarian king who intensified mining works there. A mining schools is founded in Smolnik as well as mining court, and other administrative institutions. Interesting is that in the beginning of the 19th century, a theatre is founded there which is actually one of the first in Slovakia. 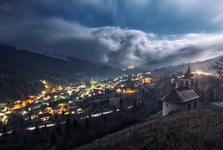 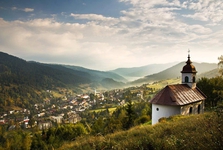 In 1872, the theatre was rebuilt to a tobacco factory. It ceased its existence in 2008 after 136 of production. The factory made exclusive cigars of Cuban tobacco. These cigars were then exported abroad. It was the only factory that produced hand-made cigars in Slovakia.

While walking in the town, we saw beautiful 18th and 19th century mining houses which survived the fire of 1905. Five years later, Smolnik valley was hit by wind tornado. This, paradoxically, gave an incentive to build a narrow-gauge railroad that secured transportation of damaged wood from the area. In the present, only torso of the railroad is left. It is a popular place for tourists.

Towards the 19th century, copper mining ceased, and the industry focused on pyrite and its manufacture. Later, this production is also ceased. The town’s industry focused on wood production and machinery. We shouldn’t forget tourist industry. We and other tourists have started visiting Smolnik for local hills where you can make nice trips in summer, or do some cross-country skiing in winter. 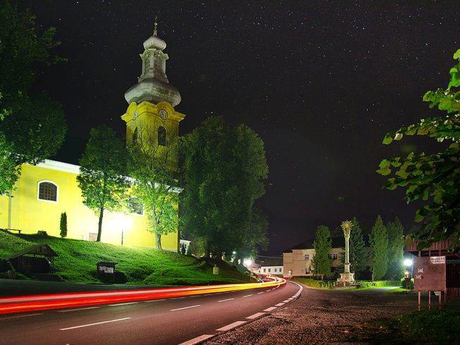 If we return to sights, we should mention sacral buildings such as St Catherine church, evangelical church, bell tower or the Holy Trinity column located on the square. There are also beautiful town houses, town hall and a house of culture. 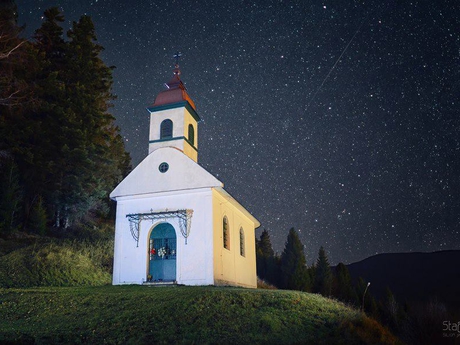 Except for these sights, the town is also decorated with water – the Smolnik creek which runs through town center. On its upper stream, there is beautiful water tank of Úhorná built in 1768 to contain rainfalls, and as a anti flood measure. Later, this tank was used for mining works. Interesting fact is that locals call it Smolnicke Lake and it really looks like one. For now, it is a popular recreational area where locals as well as distant visitors like to stay at mostly in summer. 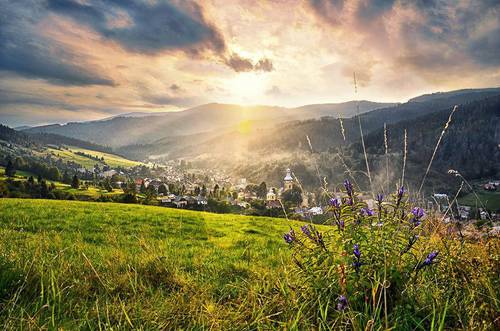 The mining history of Smolnik was so significant it got the town to books of mineralogy all around the world. It was thanks to szomolnokit. This mineral was first described in 1877 and its name comes from the then Hungarian name for the town.

As we managed to see all of the Smolnik’s beauties – or at least in the center and around – we decided to see two other places. Mere 18 km off Smolnik, the town of Roznava is to be found. It has the largest square square in Slovakia. In its middle, there is a guarding tower built in the 17th century. In the other direction, we enjoyed an unusual trek to Stos climate spas. Some of its procedures are done in Jasovska Cave nearby. Well, more about it next time ...

We would like to express our gratitude to Lubomir Farkasovsky who helped us with this article.

SK: Summer on Water – Fun for Everyone Who Has the Courage

Published: 31.7.2014
Do you love summer, sun, and water? Are you courageous? If so, for you we have one great advice how to spend active moments in summer. Call your friends, pack your family, and set off to a beautiful and unforgettable weir. You will have beautiful experience for sure.