You can write a lot about beautiful nooks of the National Park of Slovak Karst located in the southeast of Slovakia. It creates a joined entity with the National Park of Aggtelek located in Hungary. Together they create the largest karst area in Central Europe. The limestone plateau is intersected with deep valleys, but as the very name suggests, there is also a number of unique underground and surface karst phenomena. Today, our attention is guided towards one only – a unique dripstone cave of Gombasek . 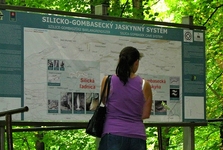 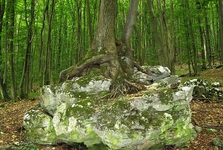 The Gombsasek Cave has been since 1996 declared a national natural landmark within the caves of the Slovak Karst and the Aggtelek Karst. Also it has been incorporated into the UNESCO world natural heritage list. In the past it was used by people who had breathing problems and diseases.

Despite that the area open to public is only 285 meters (from 1525 that have been explored until this day), a guided tour would take about 30 minutes of really professional talk. That is, you walk around the trail two times. 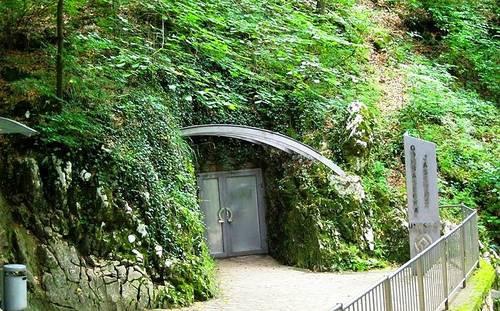 The Gombasek Cave was discovered in 1951 by volunteer cavemen from Roznava. Four years later it was opened to the public. It is part of the Silicka-Gombasek underground hydrological system, which includes even Silicka Refrigerator . The caves are separated from each other by yet unknown section of the Black Creek. The most beautiful elements of cave decorations include thin hollow sinter straws , which are created and persisted in such a range that can be admired in any other previously discovered cave in Slovakia. Of course, exist other forms of cave decorations such as stalactites, stalagmites, flowstone and various sintra overflows and barks. Nevertheless, the elevation is only about 7 meters. During the tour you will climb 87 steps. However, I think that you could undertake the tour even if you have small children. But do not forget to wear warm clothing. Even if you go here in the summer take something with long sleeves to your backpack, because the air temperature in the cave all year round is only about 9 ° C. 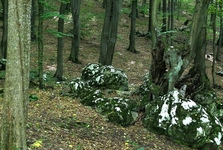 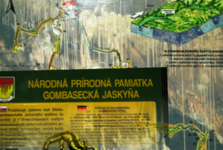 Like in other caves, even here you cannot just take pictures without having a permission. If you really want to do a nice shot from inside the cave, do not forget to buy a permission prior to entering the cave. Here, however, I want to remind you that you can not use a tripod and also for permission to photograph pay more than the actual entrance to the cave. We therefore omitted this prank and beauty of the cave, we only store deep into our memory.

What around is worth visiting?

The surroundings of the Gombasek Cave offers many beautiful places worth visiting. The Slovak Karst consists of seven plains and a large amount of whirls, sinkholes, caves and chasms. It is the largest karst area in the country. Except for the Gombasek Cave, the public can enter even the Domica cave a Jasovska cave. Next I recommend you the town of Rožňava, about 12 kilometers away, with an interesting historic center. Also the Miner’s Museum is worth seeing. From Gombasek Cave it is also close to Krasnohorske Podhradie where Krasna Horka castle is located (since 2012 it has been reconstructed after a devastating fire), the Andrássy Mausoleum or near Betliar Castle. 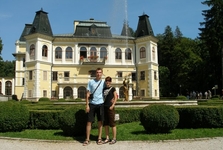 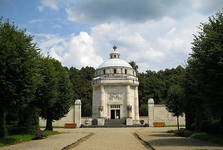