en.infoglobe.cz » SK, Kosice – A Tour of a Museum

We moved to a gallery where a mineral exhibition was ongoing. We found there the colorful world of inanimate nature, i.e. Slovakia, Czech Republic and other places in the world. Interesting information on mineralogy hang on the walls. Perhaps the most interesting section disseminates the meteor of Kosice it fell on February 28, 2010 in Slovakia. The incident happened in densely populated territory and it created intense heat. The incident was heavily covered by the media. A large searching party was dispatched on the following day and more than 78 pieces of meteorite were found around Vysny Klatov. The largest rock weights 2,37 kilograms. The subsequent analysis estimated the meteor to be 1,2 long and of total weight 3.5 ton. You can see this “alien” until end of March 2016. 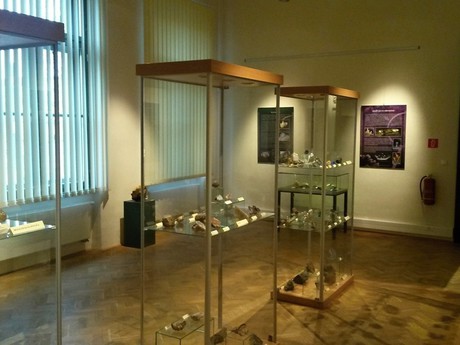 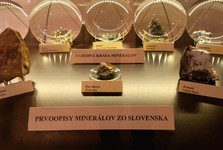 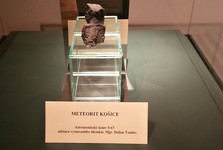 Another exhibition we walked through was on 60 years research in natural sciences of East Slovakia Museum , Kosice. Thanks to contemporary documents, photographs, and collections we got better image of the work of natural scientists back then. 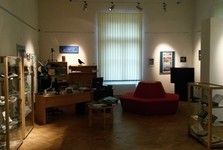 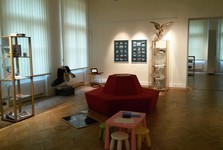 There are many more exhibitions at the museum but beyond our capabilities for we intended to see many things on that day. Therefore we left it and hit the streets again. Last note on this institution: its historical building is itself an architectonic marvel. Designed in the Renaissance revival style its exterior and interior are richly decorated. We felt like in a some royal residence. 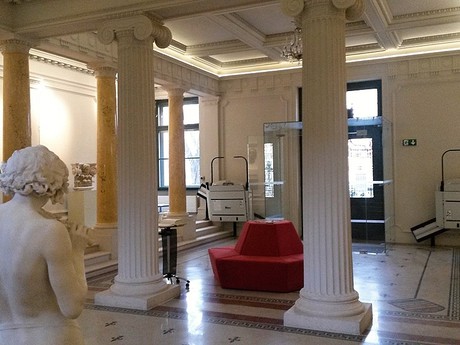 Once we left the museum we were in the Peace Marathon square. A memorial to the marathon is the foremost sight on this square which has been standing there since 1959. It commemorates one of the most important sport events in the world. The marathon in Kosice is the oldest marathon in Europe and the second oldest in the world right behind the marathon in the city of Boston. 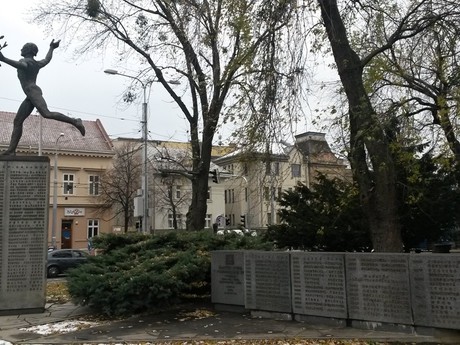 The Art Noveau building of Divize lured us towards it for its yellow façade. Once it was a military headquarters, today the home of the East Slovakia Museum that hosts the exhibition Hundred Years in Art (about art in east Slovakia) and the Nature of the Carpathian Mountains. 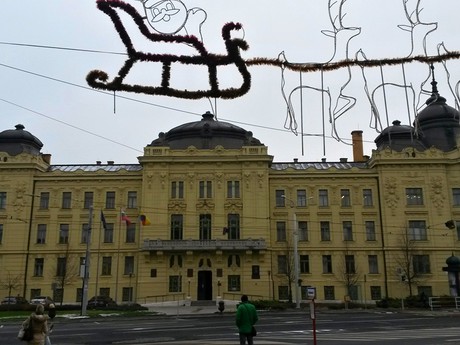 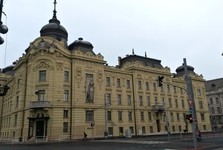 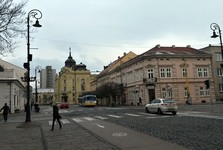 We noticed a cozy wooden church built in t the 18Th century while in Main Street. We came closer to it and enjoyed the view of the sight. Right adjacent to it stands belfry transported here from the Zakarpattia Oblast, Ukraine. It came here from Mineralnoe town (formerly Ashvame). Both fascinating sights are open to the public through the courtyard of the museum. 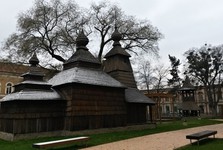 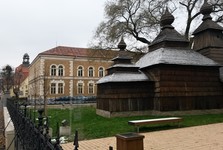 In 14 days we tell you how we liked the historical center for our journey continued in this direction.