After five hours in car we reached our destination. Our first order of business was to have a lunch and then find a concrete place to visit - the East Slovakian Museum and inside the legendary gold treasure of Kosice . We were very interested in finding out how does the finding look like, especially when you realize it is highly regarded not only Europe-wide but also world-wide.

We bought ourselves a tcket and entered the underground of the museum. The light was dim there and we saw tables with captions and photos of this marvelous discovery. We started reading… 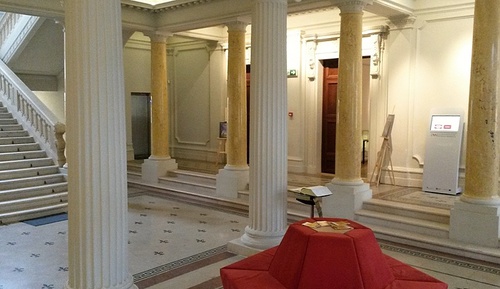 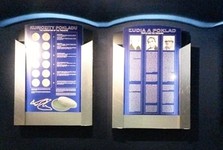 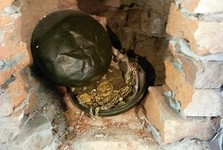 The date the gold treasure of Kosice was discovered is August 24, 1935. It happened during construction of the building No 6 in Hlavni Street, Kosice. The treasure is vast despite its finders took some coins. Otherwise, it is complete and undamaged. It consists of 2 920 golden coins, ducats, doubleducats, three golden medals, and a renaissance 2.14-meter golden chain. The treasure rested in a forged copper case. On its coat were depicted animals. Altogether it weights 11.5 kilograms. 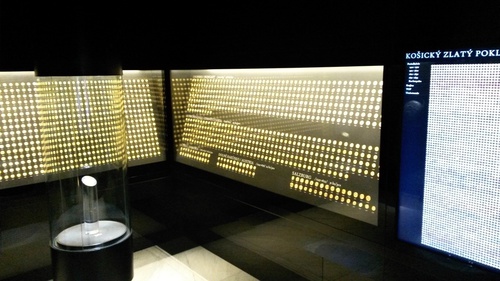 It is estimated the treasure was buried around the year 1679 according to the latest coins dating to Leopold I era. It rested in the residence of Spisska Chamber. Its owner, a rich man, worried about it being taken by Imre Thököly and his henchmen. In the times of an uprise against the Habsburgs they captured Kosice in 1682. Until it was found it had remained untouched but it took some years before it returned to the city. 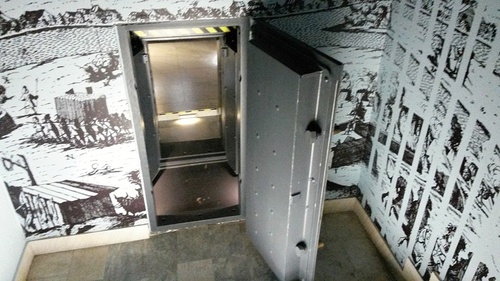 Once discovered, the treasure was transported to the Museum of Slovakian History, Bratislava. Then it moved to the Central National Treasure, Prague. The Numismatist Emanuela Nohejlova-Pratrova of the National Museum, Prague did research on the treasure in the years 1941 and 1942. During the WWII, Slovak Republic, Kingdom of Hungary and the Third Reich expressed interest in the treasure. It resulted in the treasure being hidden away (and away from Prague). In 1953 the first public exhibition in Prague took place. In 1956, the treasure was displayed in Kosice for a while. 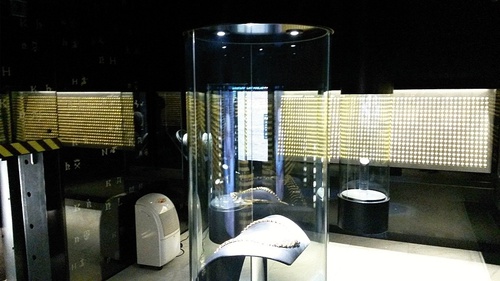 In 1969 the construction of huge underground vault was commenced due to the fact the East Slovakian Museum lacked space to place the treasure. Once it was completed the public was free to see the treasure. This happened in 1970. Interesting thing is that the treasure is still on the move. Since 2009, the treasure had been displayed in Bratislava, Prague, Budapest, Krakow, and Ostrava. Only in 2013 it returned back to Kosice. 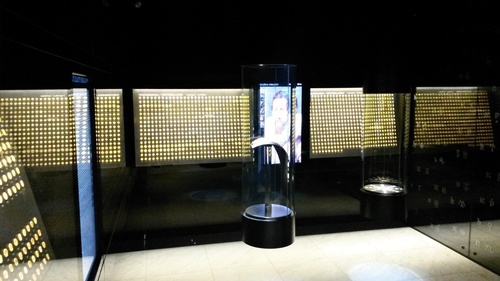 Through two vault doors we entered a dark room. Inside were showcases filled with golden coins. Next to them were interactive screens allowing you to enlarge individual coins and learn something about their history. Transparent cylinders hang down from the ceiling. They contain the most valuable of all items on display including a golden chain . Hungarian and Netherland coins create majority of displayed coins. Medals were minted in the Kremnicka mint . The medal showing King Ferdinand I on a horse seems to be most extraordinary. It was made in 1541 by Krystof Fuessel, an artisan who lived in Kremnice. What makes it world unique is its design. It is the only medal of its kind in the world. Another coins which are contained in the treasure come from Austria, the Czech lands, , Poland, Denmark, England, France, Spain etc. 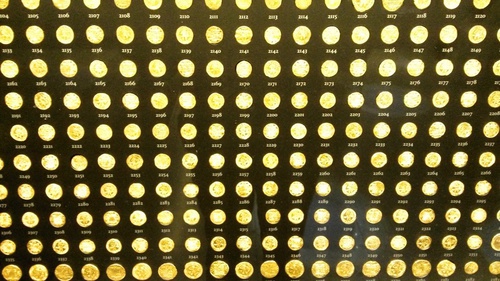 Dazzled by shining gold we went on in our walkthrough of the museum. Next time you are going to learn what else did we see there.