We started our walk at the northern end of the street in Peace Marathon Square (namesti Maratonu miru). We intended to reach street’s southern end at Osvoboditelu square. Despite Main Street holds the status of a pedestrian zone, couple of cars drove by. Therefore, we recommend to walk along the sides. On our way, we walked through three parks. There are couple of attractions apart from spots where you can make a break. Perhaps the most interesting sight according to us is the singing fountain. It is situated in front of the State Theater. 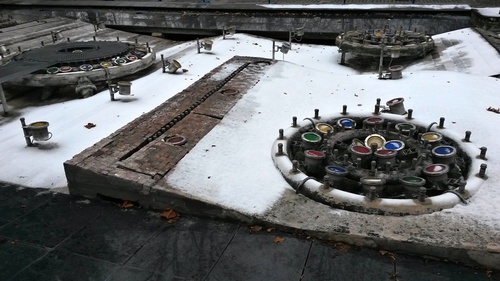 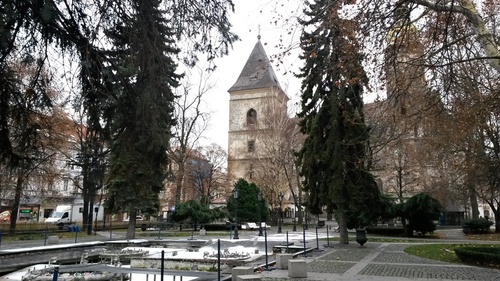 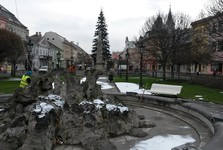 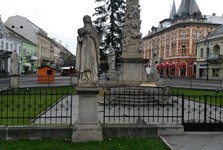 In the past, Main Street was a square. It had expanded over the time as you can see today. Also, the street has change several different names, one of them honored General Milan Rastislav Stefanik. In the time of the communist regime it bore Lenin’s name. Its original name – Hlavni Ulice (Main Street) was given back to it at the end of the 1990s.. 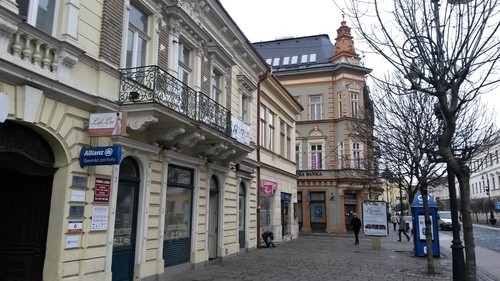 Some kind of a shallow canal also caught our attention. It ran across the middle of most of the length of the square. It should resemble a creek which once flowed across the square. Later the river was diverted into the underground. The thing we saw there is the result of former Kosice mayor to create some kind of a new-age historic sight. We didn’t find much interest in it. 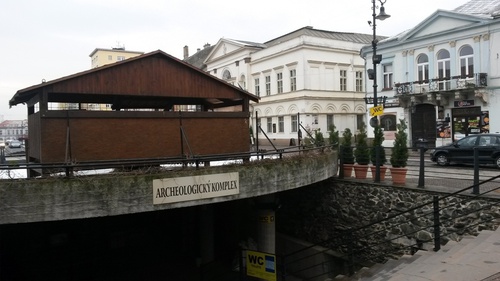 You can have a trip in the past in Kosice’s historical center. To take this trip you need to go to the „Dolni Brana“ museum. Local archeological exhibition takes you to the underground where partially survived the medieval fortification of Kosice dating to the 13th to 15th century. 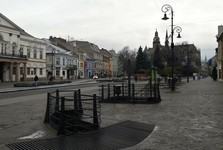 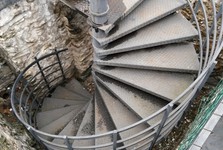 However, central to our attention were the sights on the ground, the most famous being St Elizabeth cathedral, chapel of St Michael, State Theatre, Zupni House, or Slavia café, or fabulous Virgin Mary column and many palaces scattered around.

In our next chapter we bring you closer to the sights mentined here.