Many local inhabitants could admire the building mostly from its external part only, as the interor could be open for public very scarcely. By the way, what is its history, and which changes were effected there before its actual face of the construction was got?

In 14th century, a mediaeval town cemetery was located on a place of today´s actual park which could be observed from south part of the Cathedral. A cemetery chapel was constructed there. This space was used for funeral divine services but, on the other hand, earthly remains were put there even during a period when the cemetery was completely full. And the 15th century was a period of changes of this Gothic construction. 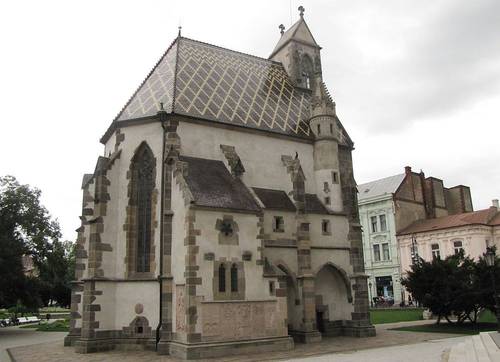 Just Juraj Szatmary, Esztergom Archbishop, made the changes. He decided to support reconstruction works not only from financial point of view. He presented the town with his properties, i.e. with his houses, meadows, vineyards, etc., so that the works with chapel reconstruction could be started as soon as possible.

The original cemetery chapel changed subsequently to completely different face. The second navy was added to its north wall, the sacristy was demolished, and the new one was erected on its opposite part, as it was situated before. The changes touched even the entry into basement, and this was made on another place.

When the works were finished, the period came, when this small church was used for divine services in Slovak language.Till the beginning of 20th century, the chapel was saved from any working arrangements and was proud on its beauty for tourists as well as local inhabitants, However, everybody had his different opinion, regarding its face, and  a desire for working arrangements was irresistible. So, the Hungarian Commission, together with a state, town and a

church, decided to returm the chapel its original face.

Original Face or a Return to the Past?

So, the navy on its north section, as well as a sacristy on south part and new reconstruction on its original place were effected At this time period, it was decided that scale tower with cupola would be renewed. However, the original arrangements of the interior were not done. From most of wall paintings, only a few pictures were preserved, many of them were substituted or they were completely removed.

In the second half of 20th century, the chapel was open for public, but this was done only once a year, on occassion od St.Michael anniversary day. Later, during reconstruction works of this sanctuary in the Cathedral, essential parts of main altar from therewere put into chapel. So, the visitors forgot consequently the internal face of the chapel.

At the end of 1990, the chapel was restored again. This fact led to the discovery of origial medioeval decoration. At present, the chapel is at fully disposal to all, believers or non-believers, local people and tourists. Above the entrance, the picture of Saint Archangel Michael is to be admired. He is entitled and ready to value the goodness as well as the wickedness of any spirit. 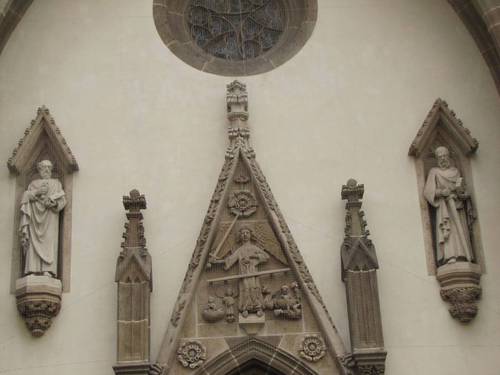 SVK: Bánovce Over Ondava River - The Birthplace Of A Famous Writer