The history of Klastor pod Znievom starts in the year 1113. A smal settlement gradually expanded into a town governed by King Bela IV who at the time lived at Turiec Castle (which would later be known as Znievsky Castle). The town was granted town privileges as the first one in the region. In the 16th century the village became center of the Catholic revival movement, later it would be home to industrial production (brewery, oil production, artisan guilds). The third high school in Slovakia would be found here only couple of years later (in the year 1869). Also, the very first botanic garden of healing herbs in Europe was founded in this village. 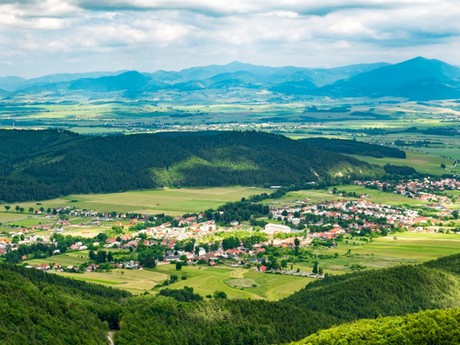 However, we don't aspire to write the entire history of the town here. Instead we take a look at its sights. One of them is Dr Stepan Moyses' bishopric library which we highly recommend to visit. It protects and collects national cultural heritage. Also, take a look at the afore mentioned high school which features Klaster pod Znievom memorial room; the early Gothic St Nicholas' church; cloister of the Virgin Mary; various small sacral sights, curias, a beautiful tree alley in town's center. The River Vrica flows across the town.

A 10-kilometer nature trail may make your tour in the town easier. It features 13 stops which document local architecture, history, historic figures and also Dielnice, a locality of European-wide significance. Also, we own a mention to the Klasterske Louky national nature reserve. 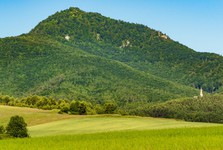 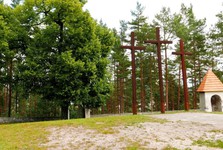 Upon our tour in this quiant town, we set off to Zniev hill (985 m). It's a steep hike, apart of several relatively easy sections. The trail of green marking starts at local cemetery. St Cross calvary is the first point of interest. This one-aisle church was founded by the Jeusits. The church features a narrow tower. A wall with six stops of the calvary trail. Moreover, there are three wooden crosses. Another eight stops are situated outside the walled compound. These stops, however, are almost exactly along the tourist trail. 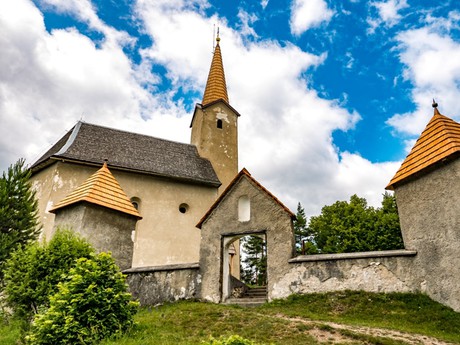 Follow the green tourist trail when leaving the church. Along the trail, there are beautiful vistas, the ruins of St Margita's chapel, some rock cliffs and even a gorge. Within an hour you would reach the gateway to the castle compound. Jeskyne pod Hradem , a small cave is situated close to the castle and is a great to see if you like mysterious atmosphere. The castle ruin is mere meters from here.

The first documented evidence of Znivesky Castle dates back to the year 1243. However, it is very likely that the castle is much older. The Ivankovci was a noble family responsible for constructing the castle. The castle was promoted to a royal castle in the mid 13th century. Later it would became property of provost. The then territorial changes resulted in the castle becoming the property of the Turciany dominion. However, the main seat of the dominion would be Sklabinsky castle. This decision would result in Znievsky Castle's decay. An attack of King Ferdinand I's troops would became a final blow to castle's existance. Despite effort of its later owners, it was never renewed.

You may see only remains of its foundations, walls and of a small tower. Still, Znievsky castle is one of the most beautiful observation places in Slovakia. Turcianska basin with its surroundings is greatly visible from the castle. Also, you may see the town of Klastor pod Znievom situated 500 meters below the point of observation and some other towns and villages as well.

We highly recommend you to visit Zniev and make some trips around it.