Stary Haj in Petrzalka is easy to find because adjacent to it s a beautiful racing compound about which we will tell you more shortly. In the forest you can get there from different parts of Petrzalka. Perhaps the easiest route is from the square Namesti Hranicaru, where there are also the public transport stops of the same name. I'm sure you will be amazed by a remarkable contrast panel building, the center of which is a piece of green paradise . Chattering birds, squirrels playing, busy beetles - all of this surrounded by beautiful flora, from the bear's garlic and ending with dandelions. The forest is full of life, but also the paths and corners that you at least momentarily break away from everyday hectic life. 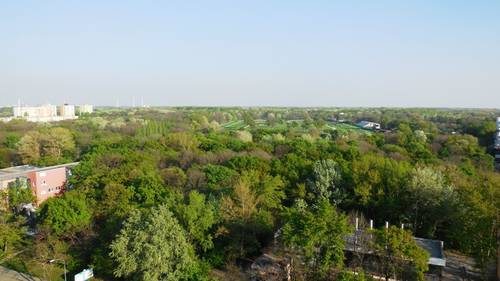 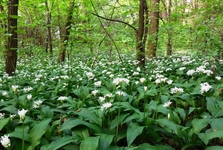 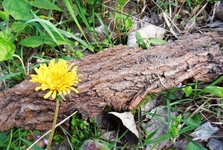 A peaceful work changed when we encountered a beautiful and well-maintained chapel while walking through Stary Haj. Again, we were interested in the history, so we took pictures of it and later found out some of the interesting information that we would like to share with you now. As we learned in the chapel in Stary Haj is the sight related to the suffering of original inhabitants of Petrzalka. Its formation is associated with finding a wooden cross, which was washed out in a big flood of 1809. The cross was later put in the former keeper's house, where the present chapel is located. In the course of time it fell apart and was thus replaced by the present stone cross . The year was 1869. Around the cross was built a small chapel with a bell tower and one bell, which still commemorates its formation. Surrounding the chapel is a long chestnut avenue with wooden benches. 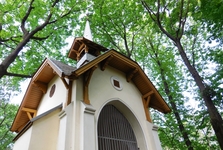 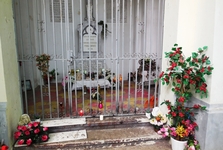 The main landmark of Stary Haj is e je Petrzalka Racing Circuit . It is separated from the forest on its one side by a bike trail joining a housingestate with the International Danube Bikehighway . On the other side is an asphalt road and a parking lot. The whole compound is surrounded by a fence. The racing track’s history started in 1974 when the territory held its first race. Since 1979 it has established regular horse races, which continue to this day. It is interesting that even before the construction of the current racing circuit, Petrzalka saw horse races. The races took place near today's garden of Janek Kral 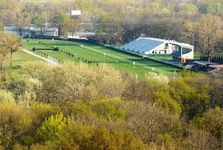 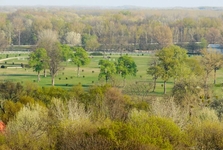 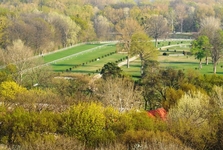 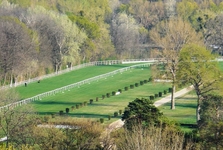 The racing season lasts usually from April to October. It offers more than ten racing meetings. The circuit with an area of 28.7 hectares, of which the actual race course consists of 18.3 hectares, is adapted for flat, hurdle and harness racing. For viewers are available 4 indoor and 2 outdoor terraces. Their total capacity is 1,444 seats, but the average attendance during one racing day reaches up to 3 to 8 thousand visitors. This demonstrates the great interest in this type of sport. In addition to racing, the circuit serves to various cultural and social events as well as sporting events. 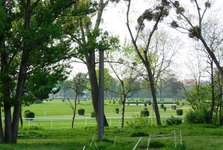 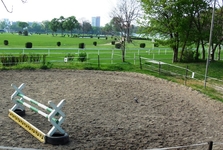 Today we tried to provide a different perspective on the "concrete jungle" as Petrzalka used to be called. In the present it is far from what it used to be. Greenery part of it and people are aware of this and seek to spend time in this green oasis in the middle of the housing estates. Therefore, whether you love horses and horse racing, or just like to hike in nature, we strongly recommend you to visit this place. 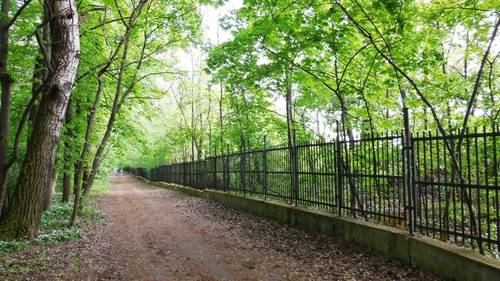