Our biking day began on Hranicaru Square. From there we moved across Stary Haj. There is the famous horse race track, in the direction to the Memorial to Milan Rastislav Stefanik. All of sa sudden we found ourselves on the so-called Danube Bike Freeway. It follows the Danube’s banks up from Donauschingen, Germany, across Austria, Slovakia to the Hungarian capital Budapest. The trail itself is a part of EuroVelo 6, an international biking trail. We joined the trail at place with a gas station. There you can blow your tires a bit. 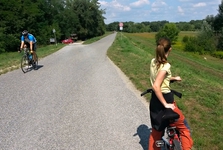 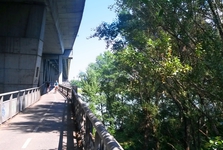 We continued in fast pace to the Pristavni Bridge . This two-storey car/railroad bridge is almost 600 meters long. It was built between the years 1977-1985. Every day over 120 thousand cars cross it. On both its sides there is, except for road, a pavement for walkers and bikers. We reached this steel giant and enjoyed vistas of the Danube and adjacent rivers. We also saw a harbor with gigantic cranes. We left the bridge behind and turned to Wolf’s Throat , a name of a district. 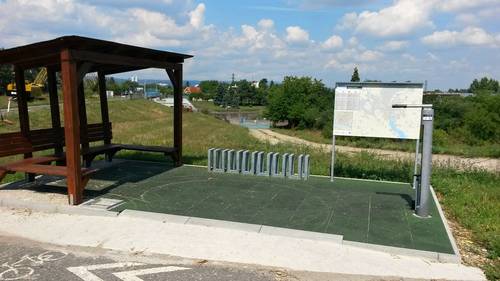 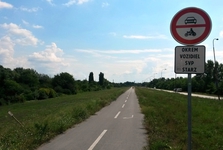 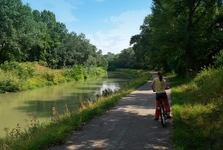 Today we were pleasantly surprised by newly built bike trail. At its end, there is a roofed rest area including a self-service bike facility. As we were not tired we went on. We joined the bike trail following the Little Danube which is on one side of the trail. On the other is a Slovnaft facility. The nature was sometimes so wonderful we occasionally forgot to look in front of us. Fortunately, nobody rode in the opposite direction. In about fifteen minutes, we rached Podunajske Biskupice and then Vrakun, both being the districts of Bratislava. 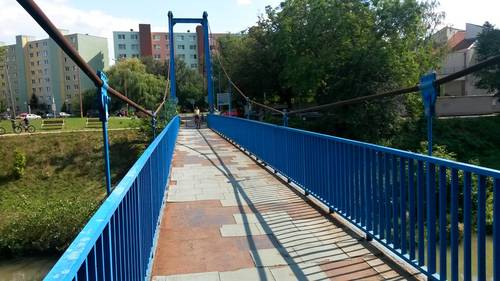 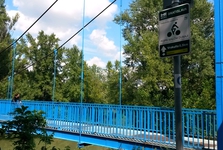 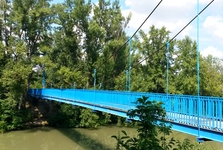 We turned off from the bike trail here for the first time. We got to the so called Vrakunsky Forest. It is very popular rest place among locals. Nearby is a forest and a cemetery. There is a number of pathways in this forest lined with benches. There is also a children’s playground. We made a short break to eat something. We recommend you such a break very much. 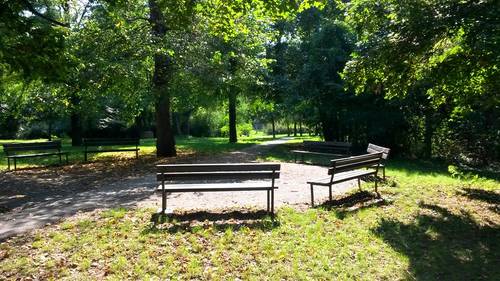 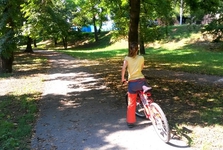 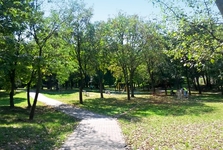 It was nice to cross the forest as our destination was still far away. We even don’t know how suddenly the asphalt road changed to a forest path lined with trees and bushes. We tell you that these were seven minutes of adrenaline that concluded on a bridge connecting the right and the left bank of the Little Danube. We saw also the other road when we crossed the bridge. It was stony and had lots of potholes. Even Swiss Emmenthaler cheese would envy it. We returned back about 100 meters to see a game park holding pigs. They were so cute we would adopt them right away. However, we withstood this desire and returned to the bridge. There the trail went along a fence of the Bratislava airport. Right before the road split there is a runway . It is so close to landing planes that the experience is just wonderful. 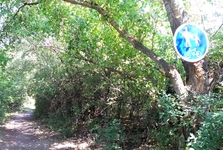 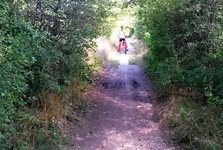 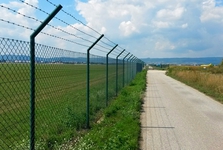 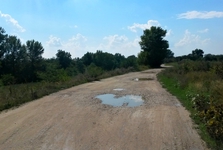 Then we turned left to do Ivanky pri Dunaji. There, the first point of interest of our trip is located – the Memorial to Milan Rastislav Stefanik. More about our trip you will learn next week. 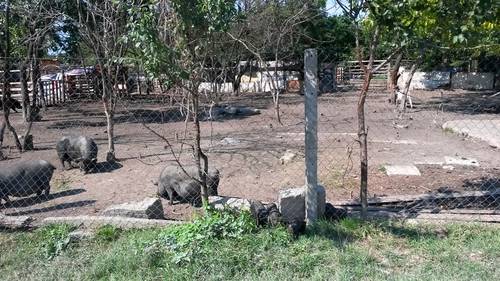